What do the numbers on the left of this Kodak Vericolor film reel mean? 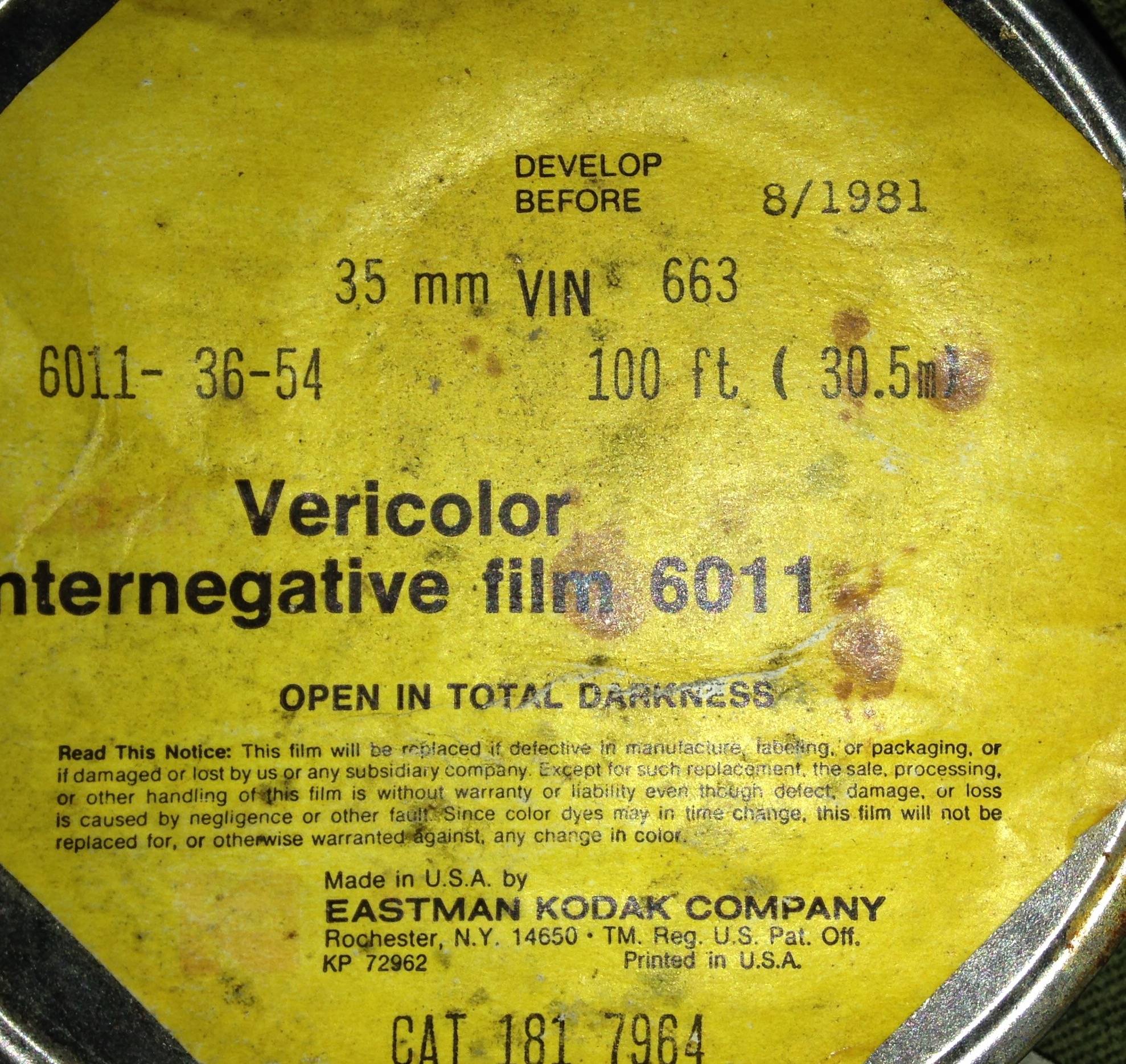 6011 is the product number. This designates it as Vericolor Internegative Film, which is also printed out on the label. It was made to be processed by conventional C-41 chemistry. ECN-2 chemistry could also be used to develop it. 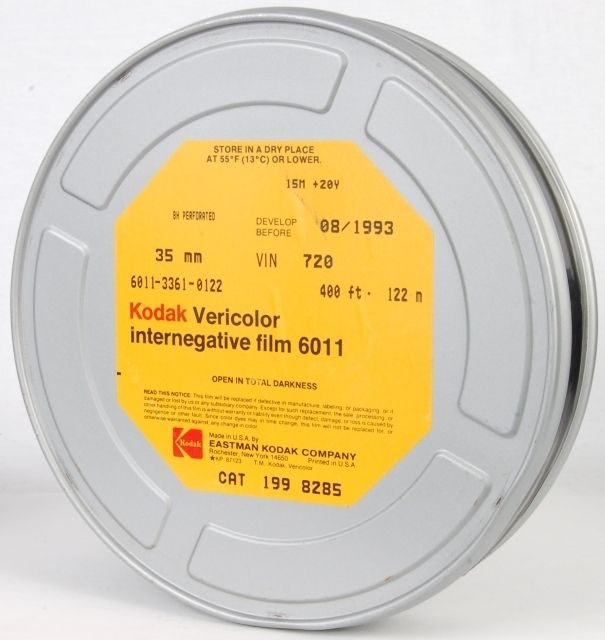 Internegative film was used to create negatives from positive color transparencies (either "slides" or larger transparencies) or color prints. It is balanced for 3200K enlarger lamps.

These are “batch numbers”. Each batch is unique. In other words, there are slight differences between how the film will react to light, between batches. These are internal numbers used to identity this particular batch. This is a roll of “Inter-Negative” film. It has two main uses:

Not the answer you're looking for? Browse other questions tagged kodak or ask your own question.

14
What is the production volume for film over the last decade?
7
Where can I buy film for a Kodak Instamatic 500?
4
What is the shutter speed, aperture, and focal length of the Kodak Funsaver disposable camera?
9
Color film comparison: How does Fujifilm Superia compare to Kodak Portra?
6
What's the difference between Kodak's film lines?
3
What is the precise model and background of this Kodak Six-20 camera with bellows?
5
Has this cartridge of Super 8 film been used or not?
1
How should I develop my overexposed Kodak T-Max (negative BW film)?
2
What film do I buy for a Kodak Star 500 AF point and shoot?
5
What is this white film on slides from late 1950s?