Is there any benefit to RAW+JPG being two separate files on Nikon?

When I first started taking photos I saved as JPG. After less than a month, received wisdom told me RAW was going to be a better, if larger, option & I've stuck with that ever since.

In discussions, though, people mention that 'photo software' of no particular description will show the JPG if it's saved in the RAW.
Thinking that for a quick scan through my new photos import folder after a session, this may just be a time-saver, I switched the Camera to RAW+JPG(Normal).

I expected that this would cleverly embed the JPG within the .NEF file structure so I could handle them as a single unit.

However, I was surprised to see it simply saved two separate files, so at import I now had twice as many things to scan through - negating any thoughts of expediency in this method.
I've switched JPG off again - I cannot see any benefit to this as a workflow at present.

I found the manual agrees with this... 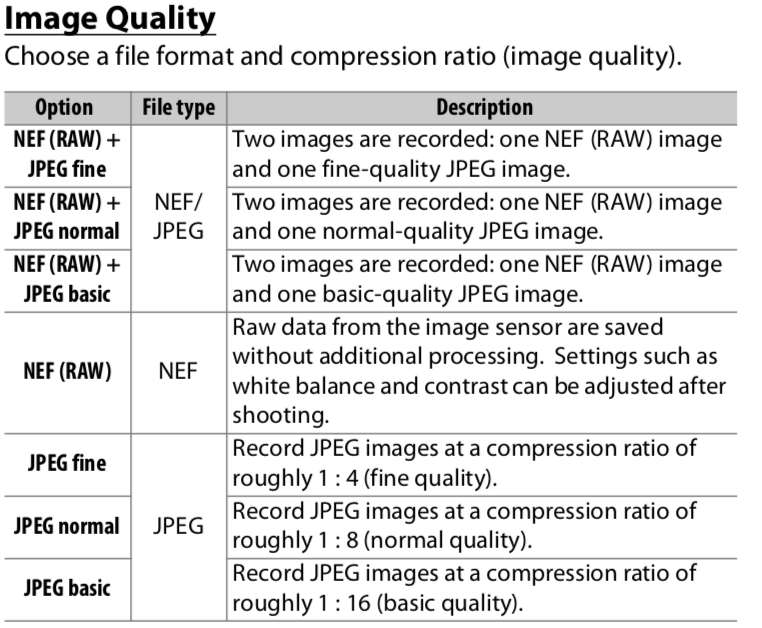 Is this one of those situations where something like Lightroom is beneficial for this workflow, or am I just missing something in how the two may work together rather than just as they appear to me at the moment to be 'too much information' ?

I expected that this would cleverly embed the JPG within the .NEF file structure so I could handle them as a single unit.

When you record a raw file, the camera almost always embeds a jpeg preview into the data within the raw image file. This happens whether or not you also save a JPEG as well as a raw file. JPEGs often have smaller thumbnail preview images embedded as well, though this is not nearly as universal as embedded jpeg previews in raw image files are.

Image files (raw or jpeg) usually also contain a lot of info besides the actual image data. EXIF Info and other metadata are included. One or more preview images can be included as well. Depending on the camera, embedded jpeg previews may or may not be lower resolution than the native resolution of the camera. Many cameras also include a very low resolution thumbnail jpeg. So even if you can extract a jpeg preview from a raw file, it might not be full resolution, it might be highly compressed, or it might have another quality that may be considered undesirable as a final image.

Is this one of those situations where something like Lightroom is beneficial for this workflow, or am I just missing something in how the two may work together rather than just as they appear to me at the moment to be 'too much information' ?

The advantage of using Raw+JPEG is that you don't have to go to the hassle of extracting preview images from the raw file container if you're happy with how the camera processed the shot. Most raw processing applications do not include the ability to extract the preview image(s) as standalone files.

Other than manufacturers' in house software, most raw processing applications do not apply the "in camera" settings to raw images. So even though the JPEG preview uses the camera's processing engine, and the raw conversion application might use the embedded jpeg to allow you to quickly preview the image, when you export an image derived from the raw image data, you won't get the same results as the embedded preview. It might be close or it might be radically different. It all depends on the default settings for the raw conversion application.

I don't use LR to review/cull images, so this is not a full answer to your question, but I'm pretty sure there are user configurable options within LR to link the two separate files when reviewing them. When you mark, for example, the JPEG as a "two star" image the corresponding raw file also gets marked with a "two star' rating. Canon's Digital Photo Professional offers such an option. I've never used Nikon's ViewNX, so I can't comment on what options it has available.

With LR, you also have selectable options whether, when previewing images, to view the embedded preview image (faster) or wait for LR to render the raw data using LRs current default development settings. Again, Canon's DPP also offers similar options for reviewing raw files, but I can't speak for ViewNX.

Is there any benefit to RAW+JPG being two separate files... ?

I expected that this would cleverly embed the JPG within the .NEF file ...

If a camera had TIF+JPG or PNG+JPG modes, would you also expect the JPG to be embedded in the TIF or PNG files?

Is this one of those situations where something ... is beneficial for this workflow... ?

... so at import I now had twice as many things to scan through - negating any thoughts of expediency in this method.

It's all a function of how you choose to roll.

Are larger than jpgs.

When other people ask for a copy of your pictures, they assume you're blowing them off when you tell them you can't give them a copy until you process it, because that is counter to their experience.

Give you more latitude to adjust for difficult lighting.

Do a good job in common lighting situations.

Can be readily shared immediately.

Having both provides all of the options at the cost of:

Yet more memory use.

I have a 8T external drive, so save both to that by date. I can always go back to reprocess the RAW files.

Usage scenarios where having both is handy:

I primarily use raw, now that I've found that the space hit is only about 50%. E.g. A raw file for my Nikon D7100 is about 30M, while the high quality same resolutin jpeg is about 20M.

I set the camera to write raw to one memory card, and jpeg to the second memory card. This gives me a backup if I have a card failure. (I could also tell my camera to use the cards in parallel, writing raw to both. That would mean I'd have to have equal size cards in both.)

My wife wants copies of all my pix, but doesn't do editing to any degree. On her computer I download only the JPEG files. On mine only the raw files.

I've often found that my Nikon with, I think it's called, High Dynamic Range selected for the JPEGs usually makes very good optimization of the raw image. Indeed: I did a test one day using bracketed exposures on a sunny day with new snow on the ground and trees. I shot sequences of 5 shots at under 3,1.5; normal; over 1.5, 3 stops. The resulting JPEGS were all of acceptable quality both for exposure and colour balance for routine web or newspaper work, and visually essentially identical.

Increasingly cameras are natively or with add on hardware (e.g. Arsenal) connect wirelessly with a tablet, laptop, or phone. Being able to send the reasonably processed jpeg to the auxilary device can be handy.

One benefit of having both files is that the jpeg is much smaller and faster to preview.

You could copy over the jpegs to your computer and browse through to see which pictures completely lack all hopes of saving.
If you then delete the files you don't want you then have a "blueprint" of which files you need as raw.

Because the files are quicker to copy from the memory card to the computer and faster for the computer to open, then you could save some time on this.

With some programming skills you could easily make a program that automatically copies the raw files.

Not the answer you're looking for? Browse other questions tagged workflow raw-vs-jpeg nikon-d5500 or ask your own question.

1
Assuming no editing, what's the difference between in-camera jpegs and lightroom jpegs?
0
Why did I lose my NEF files, and could only find small JPEGs in their place in the Recycle Bin?

10
How to delete "unused" raw files which have no .jpg match?
4
Is there are any difference in quality between Large Fine JPG and converted NEF?
10
Does Lightroom apply edits in the order I do them, or does it intelligently reorder them?
3
DSLR Workflow with ultrabooks
1
Do RAW files really allow more RAW dynamic range than shooting in JPG?
4
What's the perfectionist's workflow for taking a photograph from capture to print?
0
How do I figure out a good workflow with Lightroom CC, Nik Filters, Photoshop CC, and Exporting?
4
Colour Workflow A - Z
1
Looking for a good workflow to deal with large file sizes after Photoshop