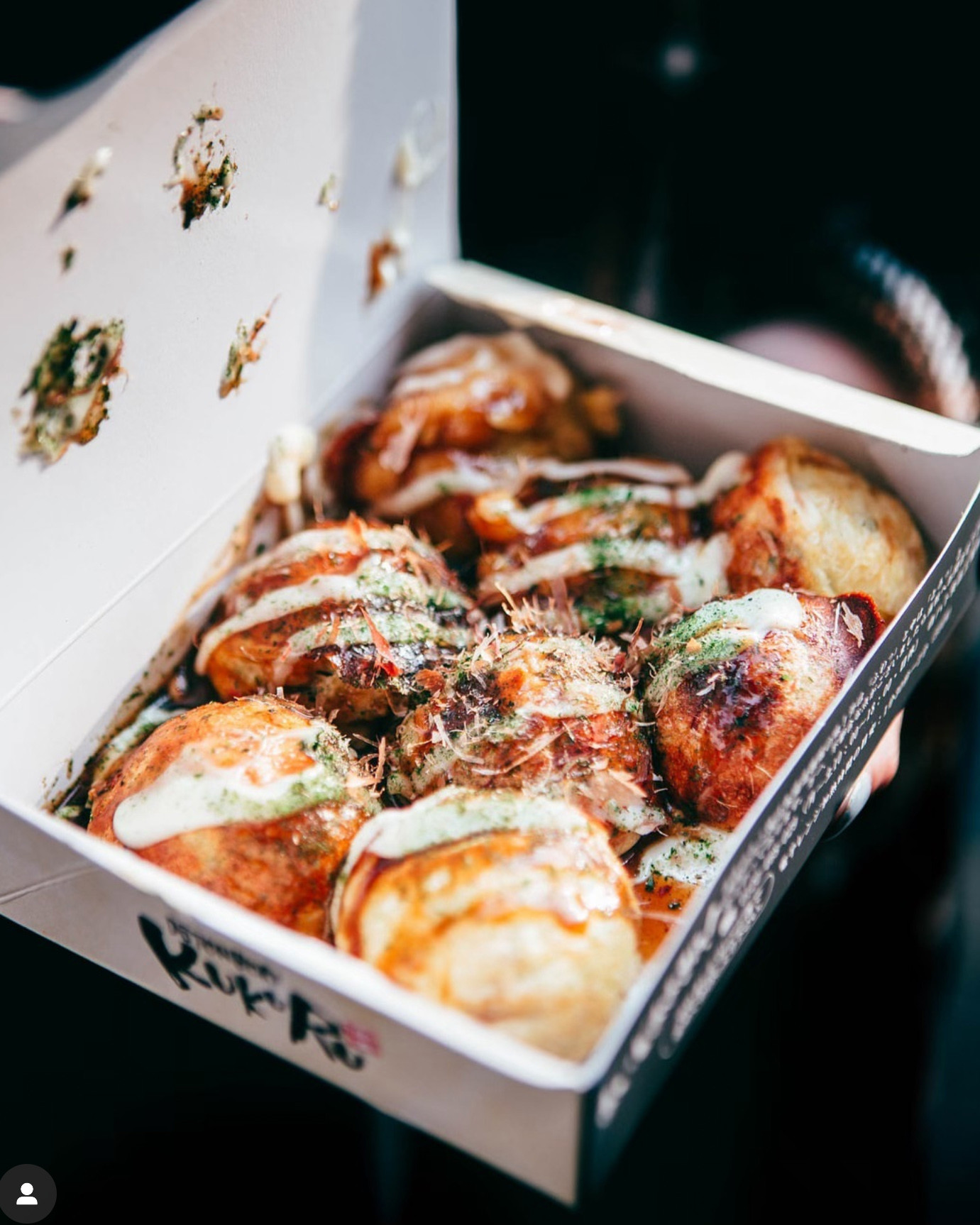 Hey guys, so the image above is an example of the type of shot I was hoping to replicate. I shoot with a 16mm 1.4 lens, so opening that all the way seems to give the desired depth of field and enough isolation. One thing I can't seem to identify is if the dark background is due to the lighting, or due to some post processing?

Another thing I seem to be having trouble with is getting the strong blacks across the main focus point of the image. I've tried bumping the contrast and that seems to get close, but still looks slightly off somehow. Would it just be a case of balancing contrast, clarity, and possibly blacks?

Any tips would be great

lightroom photoshop editing
Share
Improve this question
edited May 7 '19 at 12:33

OK, so I didn't have a box of fascinating delicacies to try this out on -
I just had a box of eggs & some blueberries in the fridge, which I sat by the window-sill in direct but quite muted sunlight. 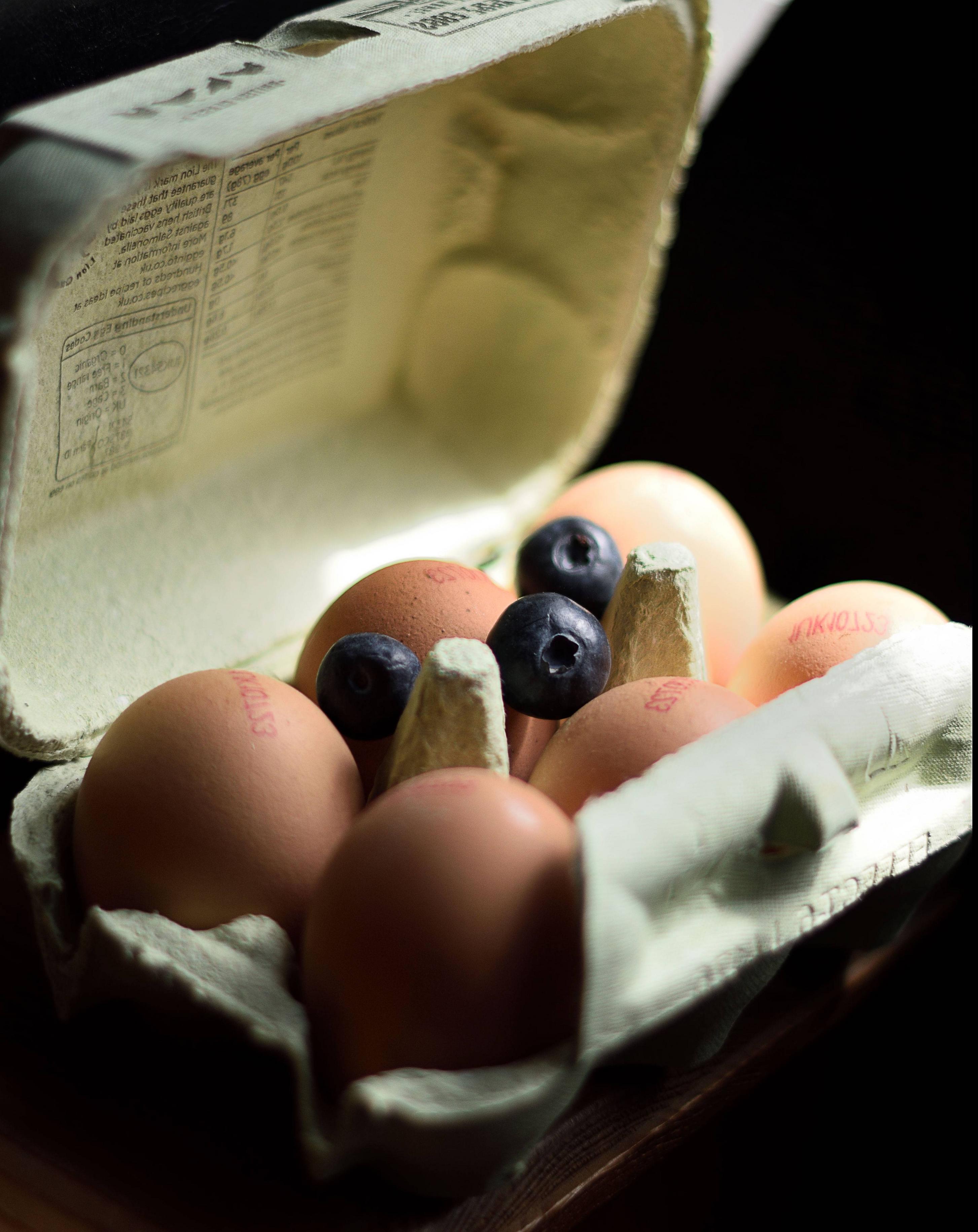 if you can't read it, it's because I flipped it left to right to better match the OP

It's by no means the perfect photo, just a quick example.

Basically what we're seeing is a very shallow depth of field, so one blueberry & a bit of the box each side is in focus - in a plane, equidistant from the lens [approximately]. The rest gets progressively blurry as it gets further from that plane.

I have harder shadows giving the appearance of higher contrast than the original photo because my light source was very definitely one-sided, through the window - I'm guessing the original was taken outdoors, where the light was slightly more diffuse - but the rest of the shading roughly approximates what we are seeing in the original.

As I also didn't have a Japanese school uniform immediately to hand, I put a dark cushion behind, just out of the way of the direct sunlight. The shadowing at the front is simply lack of light. The amount of sunlight falling on the eggs themselves dictated the exposure, which automatically pushes the background darker.

It's had a little sharpening to make the blueberry pop some more, but no other processing.

It was done using a 50mm f1.4 lens, at its widest aperture, on a crop-frame camera. If you don't have a lens with such a wide aperture, & if you don't mind the perspective changing in order to frame the subject the same way, then a longer lens with a smaller aperture will approximate the same look.

Another way to add punch - I did this to mine to make the blueberry pop out more, is sharpening. The Clarity slider in PhotoRAW will go a little way to achieving this by punching local contrast, but my preferred method is by using a High Pass filter. In Photoshop it hides away innocuously & often undiscovered in Filters > Other...

First you duplicate your image into a new layer. Apply High Pass to taste, which looks like an odd collection of greys & colours. Apply then set that layer to 'Overlay' instead of Normal. Magic sharpness!
There's no right or wrong on how much - not enough you can't see you did it, too much eventually looks too 'crispy' & hard edged, so play with it to get the hang of it. A simple but effective trick is to use it twice, once quite high, which you fade back & another on top of that really fine. Experiment.
Another thing you can do with it is add a layer mask & remove the high pass from areas you want to remain soft, by painting it out in the mask.

I made a quick composite on the original photo - showing before, after & the high--pass layer [which I have overdone a bit just to make it easier to see.] You can make this a lot more subtle on the original image than is possible from a small jpg. 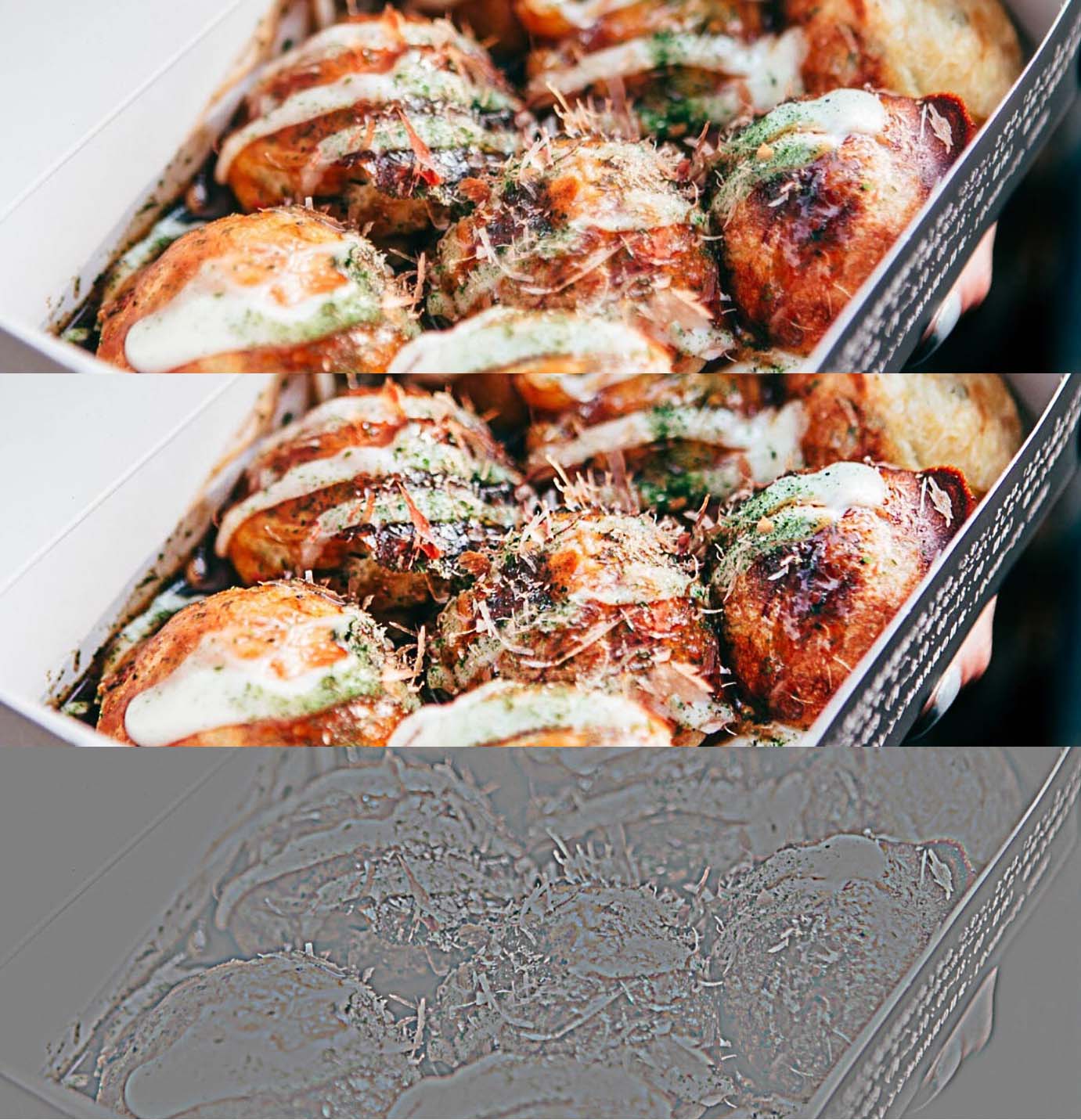 Late edit:
Even if sometimes in a rather Post hoc ergo propter hoc manner. I do like these "how to recreate xyz" challenges. It makes me have to think on my feet to generate the similarities & expose my own failings in similar circumstances.
If other people find them useful too, that's a bonus. :)

It's also possibly just a very wide aperture for a shallow depth of field.

Not the answer you're looking for? Browse other questions tagged lightroom photoshop editing or ask your own question.

7
Can I stop Lightroom from creating a TIFF file when exporting to Photoshop?
0
How to modify local contrast in Lightroom?
7
Using photoshop for night exposures with very high contrast
0
How can I achieve this low contrast effect in Photoshop?
1
Creating rainbow colours in reflections (cross-polarization)
6
Why high contrast increases color saturation?
1
How to do this prismatic/double exposure effect?
2
How to handle the tone curve (linear/medium/high contrast) and the other development settings?
17
How does Renato D'Agostin achieve these super minimalist and high-contrast photos?
3
How can I best edit out window reflection in this photo?