how to take a custom resolution using a canon camera

Currently I'm having my staff take mass pictures of items from convenient store in order to populate the images of items in our e-commerce site.

My target resolution is 400x400 pixels. The problem is that the least amount of resolution I have available is S2, which is 2400x1600 (way more than I need). 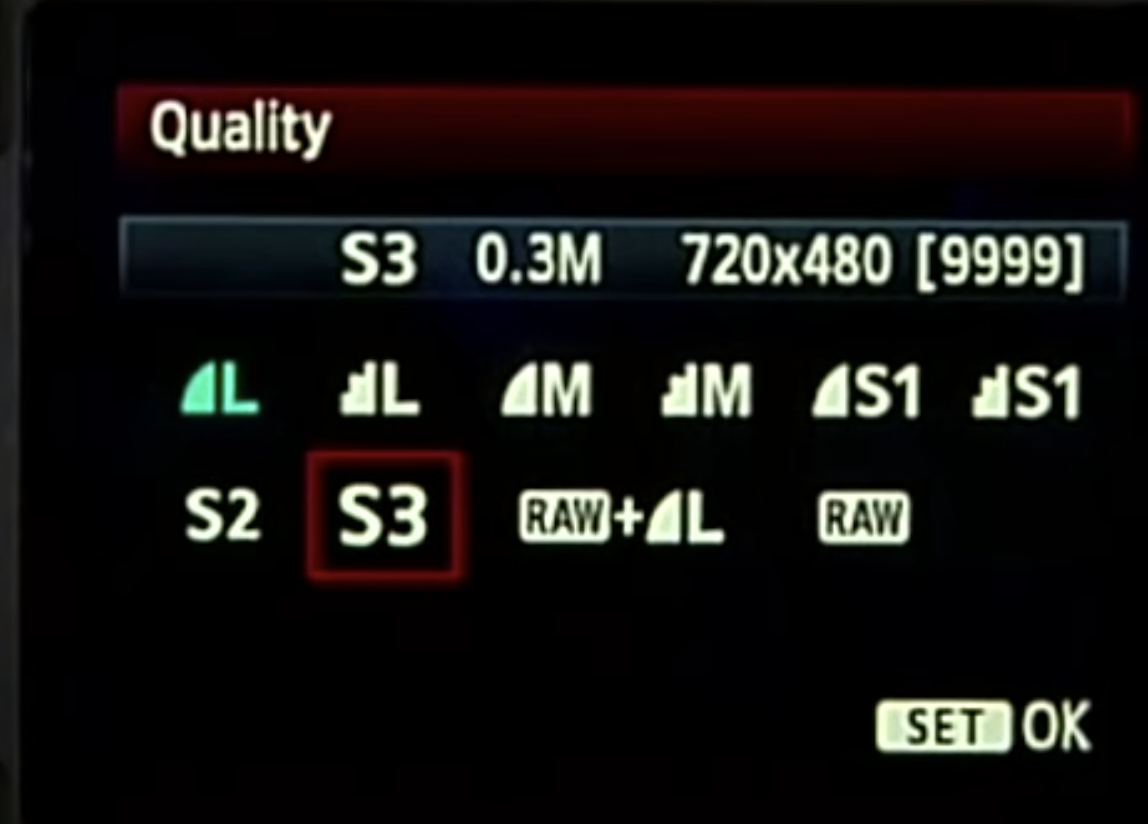 - last but not least: is there a way to custom enter the image name for each image? I ask b/c I'm looking for a programmatic way to cross reference the image names with an item unique id (ie barcode number or something)

You can't unless you write your own firmware for the camera.

If the above is not possible, can I go to a lower resolution than S2? I noticed that in other tutorials online, there is the S3 resolution option:

last but not least: is there a way to custom enter the image name for each image?

Not in the way you desire. Folder and file names on camera memory cards are governed by the Design rule for Camera File system standard. Images must be stored in a folder named 'DCIM' and in subfolders that also must meet certain naming conventions.

DCIM is short for Digital Camera IMages and is part of the industry standard outlined by the Design rule for Camera File system. This standard was adopted as the de facto standard for storing digital image and sound files in memory devices by the digital camera industry to insure interoperability from one brand to the next.

Design rule for Camera File system (DCF) is a JEITA specification (number CP-3461) which defines a file system for digital cameras, including the directory structure, file naming method, character set, file format, and metadata format. It is currently the de facto industry standard for digital still cameras. The file format of DCF conforms to the Exif specification, but the DCF specification also allows use of any other file formats.

The default form of an image file name is IMG_0001.

Some Canon cameras allow modifying the standard 'IMG_' prefix to a user selected four character string that complies with the above requirements. I doubt the entry level Rebel SL2/200D does, but you can alway check the EOS Rebel SL2/200D User Manual. Models that do allow this customization include instructions on how to do it in the Manual.

last but not least: is there a way to custom enter the image name for each image? I ask b/c I'm looking for a programmatic way to cross reference the image names with an item unique id (ie barcode number or something)

Since you have to scale/crop the image anyway (which can be scripted), it would be feasible to shoot the object together with its barcode(same shot or next shot in series), get the barcode with OCR and rename the file from that.

Not the answer you're looking for? Browse other questions tagged resolution camera or ask your own question.

1
Canon 6D resetting folders on card format - a way to stop this?