How to shoot nice shots in indoor nightclub?

Using an EOS80D with an 18-35 2.8 Sigma lens I recently shot at a nightclub and had done some research first. I wanted to create shutter drag with my flash and shutter speed. That kind of worked, but didn't really look nice IMO. 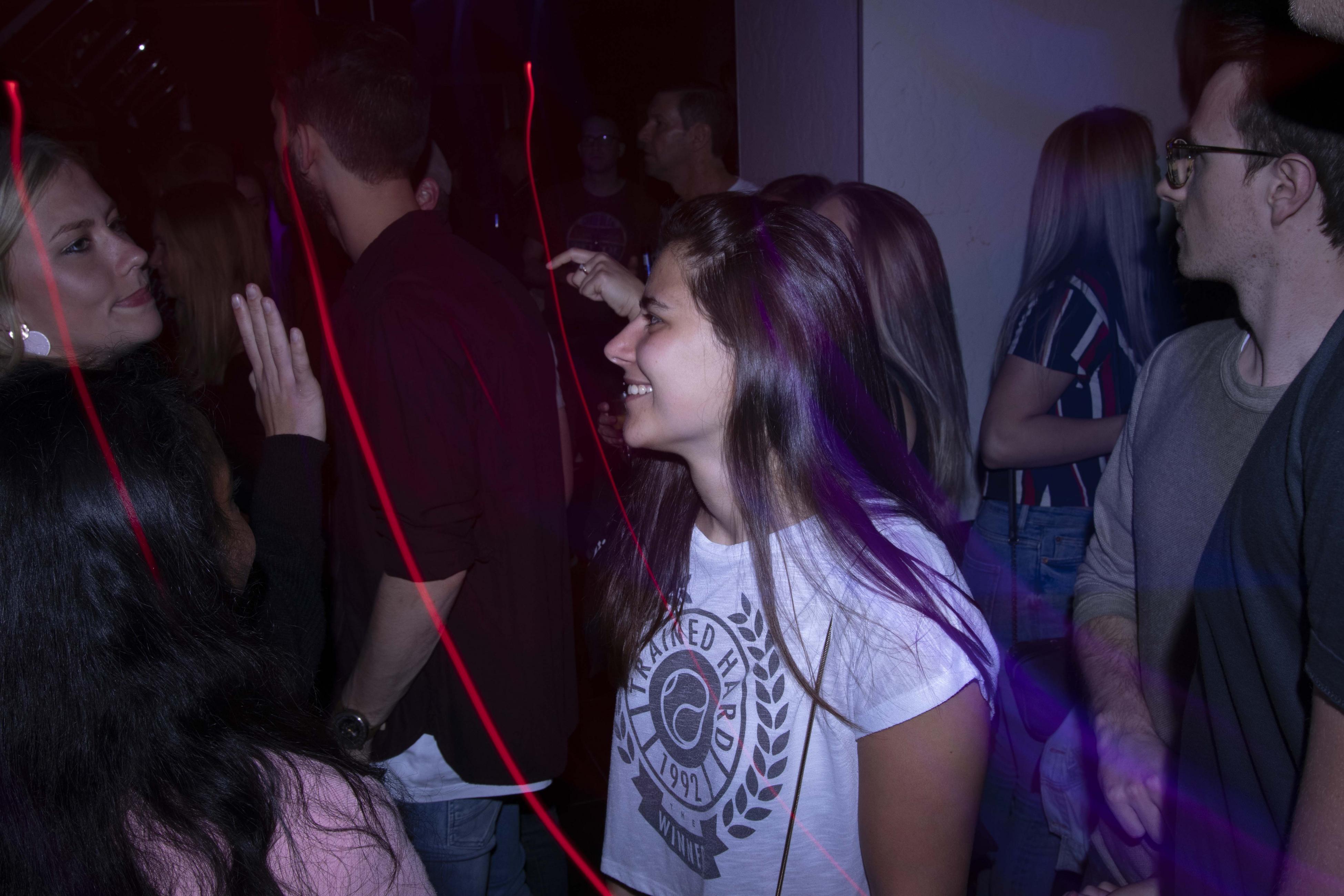 I then wanted to take some regular pictures, but I noticed that my backgrounds were pretty dark. I thought I could increase the intensity of my flash using the settings of my camera, but that didn't really seem to affect anything... I just kept thinking that the photos were bad. I went to the owner to tell him that I was screwing up and already apologized for the bad outcome. He told me to just keep trying and so I did some live research during the party about suggested camera settings. I feel like I already really know well how to set my camera for regular daylight in terms of shutter speed, aperture and iso, no problems there. But nightlife? I couldn't figure out how things were connected.

I read that my iso shouldn't have been at 100 (around 400 rather), but I don't really get that. I would've thought iso 100 would be perfect since I'm using a flash and the room should be lit because of that flash? I noticed that I couldn't pull off any overview pictures that way though (so from the back of the room still being able to see the dj). Increasing ISO seemed to work out.

I read that my aperture was also way too high. It was at around 9 while I read that it should be around 3.5-5.6. I thought, there will be a lot of light from my flash; I can crank up that aperture and then I won't have any out-of-focus images at all. However, lowering my aperture did seem to make my pictures somewhat nicer.

Also, I couldn't really tell what my shutter speed had to be. I knew, for the shutter drag, I needed a longer one (1-2 seconds) but I read 1/15 - 1/30 for the nightclub photos. I can't really tell why that's a good number. My photos started to get a little better, but I also had a hard time aiming at people because I couldn't look through the viewfinder. I often noticed afterwards: "Damn, I missed that moment because I didn't aim well... I wish I had a way to still see what I'm shooting". I tried setting the view on the flip screen, but then my camera wouldn't flash anymore for some reason. 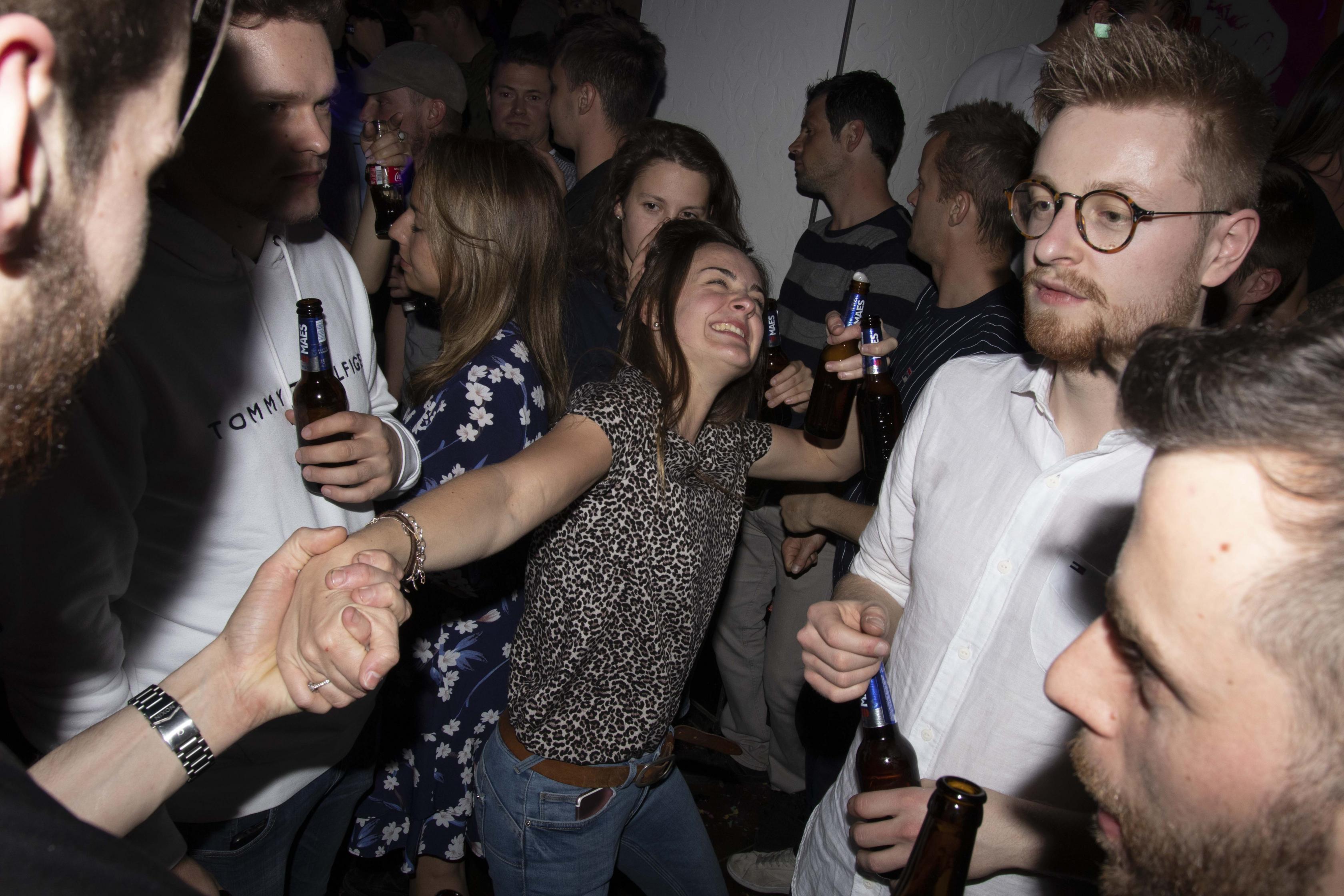 and I still don't like the way it looks. Is everything from this point on lightroom/photoshop post production to make it look nice? Or do I still have a lot to gain by getting my hardware right? I would really like to also understand the theory about the settings behind it so I can easily adapt to different indoor lighting situations. I also used a very old flash (chinon 277) and I'm wondering if that's also a problem. Do I need a different flasher which can tilt? Do I need to use that little card which I've seen other people use to soften the flash? Because I also felt like at some point my flash started to annoy some people, and I can definitely understand.

This kind of was a horrifying feeling for me because I was not in control at all. I don't want to deliver work like this and would like to get to know every little detail that I'm not grasping / don't know about.

I went to look at previous pictures for that venue and noticed that there's a clear difference, I just don't know how to get there exactly. I notice there's been some editing going on, but still, I would like to be able to get to this random example: 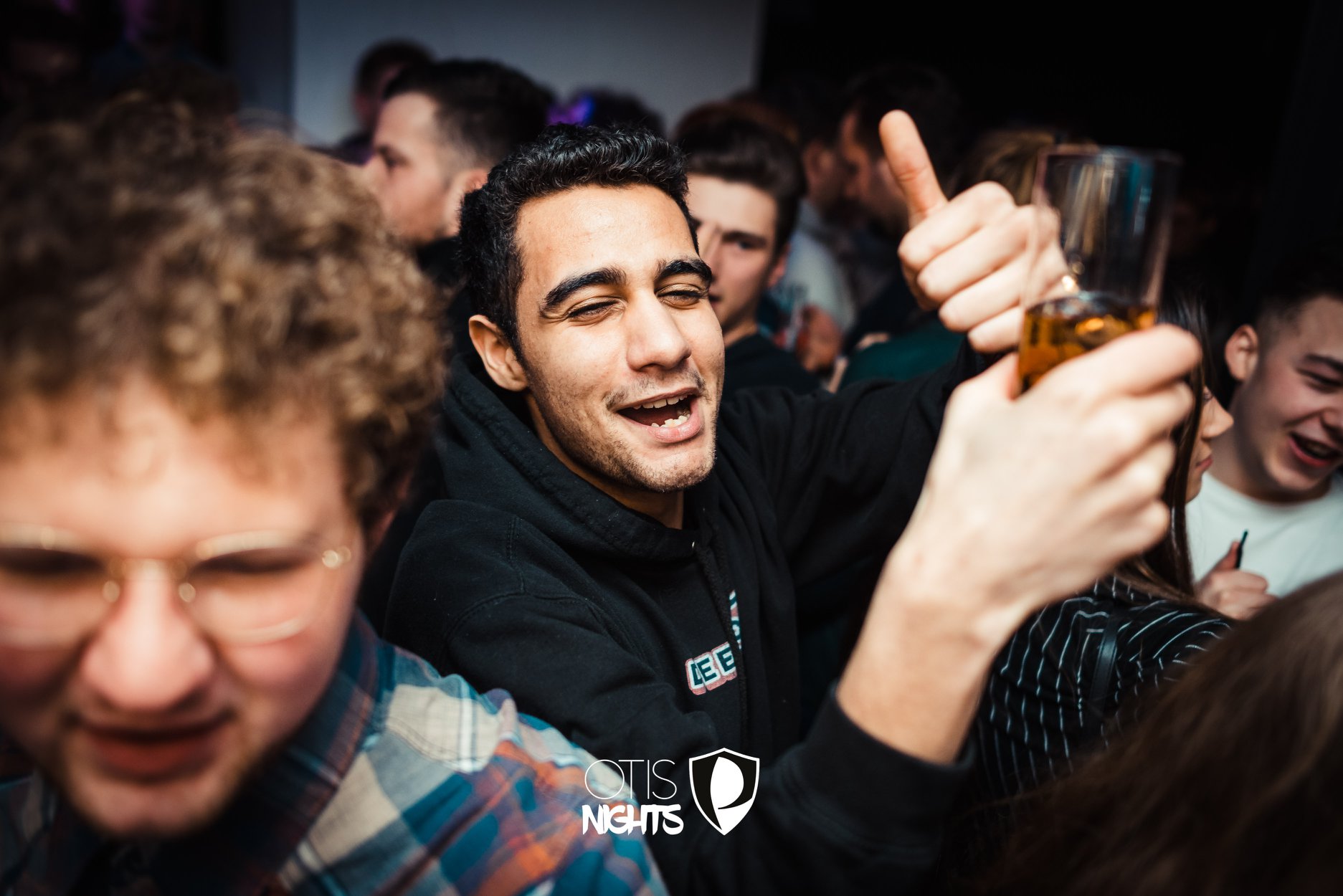 The fundamental problem with flash is that its output decreases as the square of the distance. In other words, if the flash is on your camera, the person 2 meters from you will receive 4 times the light of the person 4 meters from you. If the first is exposed right, the other one will look underexposed. And if you expose for the one in the back, the one in the front will be overexposed.

If you want an even lighting with a single flash, it should be at a similar distance from everybody:

My comments are mostly based on the reference photo you provide, which I will refer to as Pref.

Some suggestions to try:

Your images are likely usable. Here is a post processing attempt: 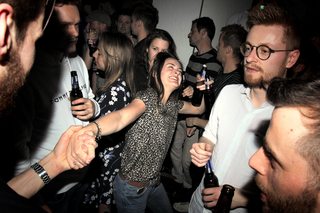 The second picture seems to suffer most from:

Not the answer you're looking for? Browse other questions tagged canon flash camera-settings indoor nightclubs or ask your own question.

7
How to compose photo with un-posed groups with four or more people?
2
How to fire an external flash in Liveview mode on a Canon 77D?

1
How can I better take indoor photographs with wide aperture and low light?
7
Nightclubs photography, setup to capture the real mood and atmosphere?
6
How can I avoid this blur during taking indoor party pictures?
1
How was this nightclub photo taken/edited?
1
Why does my camera choose a higher ISO even when the flash is on?
0
Which lenses should I have for covering a nightclub event.?
3
I was just approached to do nightclub photography, I've never done it before and I want to know what I need to pull it off
1
What are the limitations of a manual flash for nightclub photography?
2
Why did some of my indoor event shots come out under- and overexposed?