What causes the vertical darker bands in my photo?

I was taking a picture of my class note with my mobile phone and after taking the snap, the photo appears to have some vertical darker bands. 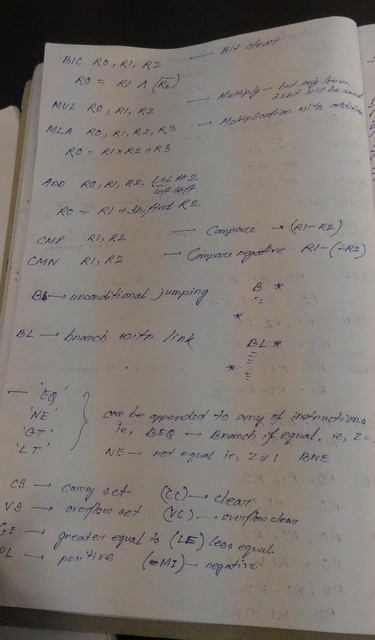 The bands were moving horizontally from left to right when the camera lens were scanning the picture. When the shutter was clicked, the dark bands were captured. If observed carefully, there appears to be two dark bands.

What could have caused the dark bands?

The darker vertical bands? I would ascribe them to a synchronization between sensor capture and a slightly flickering lighting (one aspect of the "rolling shutter" problem). Is the exposure time of the picture roughly three periods(*) of your local current frequency (1/15-1/20 of a second)?

(*) At least three bands in the picture, beside the two obvious ones, there is one along the left border.

To expand on xenoids answer.

So if your light source varies in intensity at a speed a few times faster than the sensor readout time, you will get bars like this. How dark the bars are will depend on the exposure time the camera is using. Pointing your camera directly at the problem light will likely result in a shorter exposure time and hence stronger bars.

Many (but not all) flourescent and LED lights flicker at twice mains frequency, which tends to be in the same ballpark as sensor readout times.

As the other answers note, this is due to a beat frequency between the readout frequency and the flicker frequency of the lighting.

You should check that the country/region of your phone is properly set. Also check the camera app for a power line rate in the settings.

A properly designed phone or video camera is able to compensate for lighting flicker by ensuring that integration times are an integer multiple of the power line rate, 50 or 60 Hz. This is called an anti-banding filter. Conversely, if the phone is set with the wrong power line rate, it will make the problem worse by forcing a 5/6 or 6/5 factor.

Not the answer you're looking for? Browse other questions tagged mobile or ask your own question.

17
What causes these inconsistent dark bands in some of my photos from an indoor event?
3
How does light quality vary between fluorescent (CFL) and incandescent?
1
Two pictures with the same setting come out with different lighting
0
white is gray in some areas?
3
Why does my white picture have a blue hue? And brighter/darker horizontal waves?