I want to understand what are the advantages of Olympus M. Zuiko 25mm f/1.8 over Panasonic Lumix G 25mm f/1.7 ASPH because Panasonic is twice as cheap.

Looking at specs those are pretty much the same except few differences.

Can someone give a good opinion on whether it is worth buying one over another? 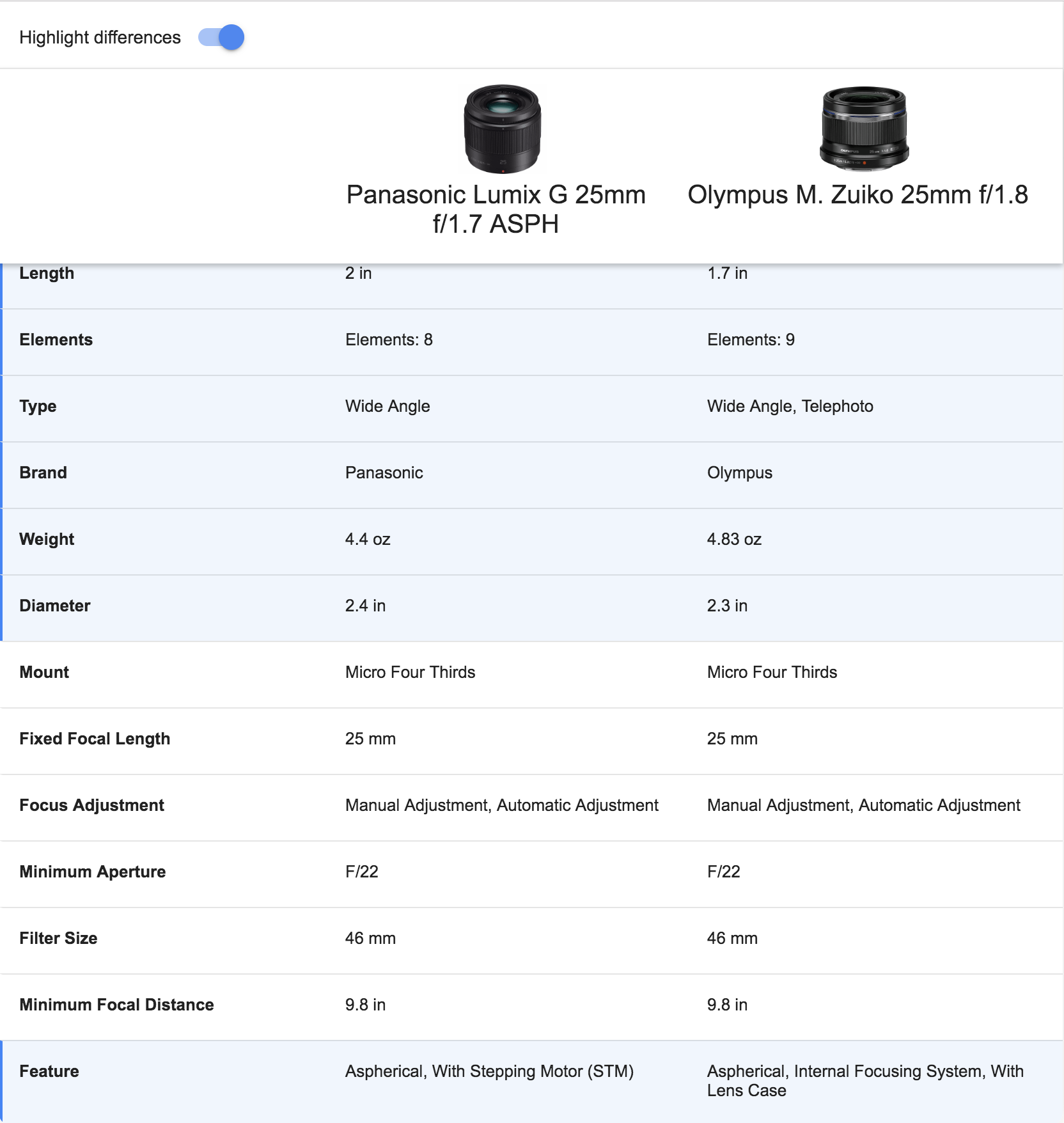 I don't know anything about either lens. However, after searching The Google Machine, it seems many users have noted that the Panasonic is slightly softer in the corners. Otherwise, the differences are marginal.

The price difference between used copies of the lenses is much narrower, so I'd consider looking for a lightly used copy of the Olympus lens.

In part it will depend on the body on which you're intending to use it. I'd already read about the image stabilization question (Panasonic does it in the lens, Olympus in the body, so mixing can lead to no stabilization or the two systems "fighting" each other - though (on an Olympus) either or both could be switched off).

Thanks to your question (and Startpage), I've found that there's a whole list of possible issues.

If you have an Olympus, there would be some advantages to the Olympus lens. If you have a Panasonic, it might be easier to use their lens. Generally, though, either can be used on the other, and it sounds from this as though the later and/or high end models are able to work around some of the issues raised.

Not the answer you're looking for? Browse other questions tagged lens olympus panasonic or ask your own question.

1
Can there be any issues in using Lumix G 25mm f/1.7 ASPH with Oly OMD10 mark 2?
26
Are there drawbacks when using Panasonic lenses on Olympus Micro Four Thirds cameras?
7
Are micro four thirds lenses fully interchangeable between brands?