Canon 50mm 1.8 lens not autofocusing on *one* camera

I presumed the motor had gone on the lens, as it had previously worked fine

A friend has recently let me borrow his camera kit, and the "broken" lens works fine on his 5d, and all the other five lens work fine on both cameras.

Is there a setting on the 100d that I'm missing that would be causing this problem?

With another lens attached switching between AF & MF on the lens causes the icon to appear / disappear. With the "broken" 50mm lens attached switching between AF & MF has no effect and it appears that it always thinks the camera is in MF (which is how it behaves hence my suspicion that this is the root cause of the problem, that the 100d for some reason is not getting the switch into AF).

With the Canon EOS EF lens system the switch is purely in the lens. There's no "AF/MF" or "On/Off" switch (hardware or software) for AF in the body on Canon cameras (like some other brands do it). That data is communicated to the camera over the same serial data pin that things such as lens info, aperture position, etc. are communicated. 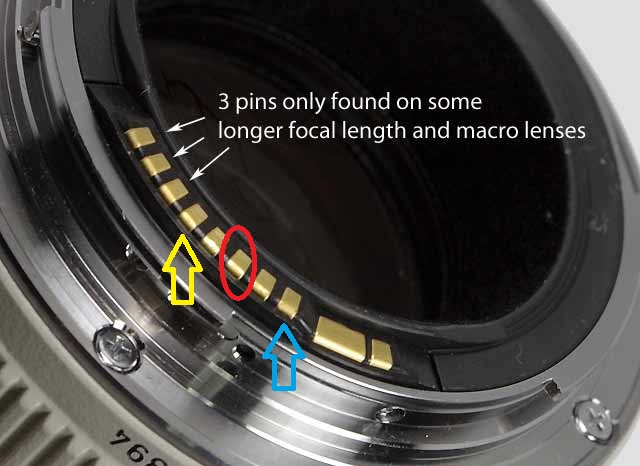 If the lens is successfully communicating the position of the [AF/MF] switch to other camera bodies, then the problem is probably in the 100D camera body. My guess is that for some reason your 100D is not properly interpreting the signal it is receiving from the lens. It could be hardware related, but since other lenses work with your 100D, my inclination would be to think it might be due to a glitch in the camera's firmware related to information stored there specific to that particular lens or to STM lenses in general.

Not the answer you're looking for? Browse other questions tagged lens canon autofocus canon-5d or ask your own question.