Two films in a tank, only one comes out with a development error – why?

I recently developed two 35mm films together in a tank. One, and only one of them, came out with artefacts on most (but not all) of the exposures – spots of uneven development that seem to originate from the film sprocket holes. Here's one frame from the roll for illustration: 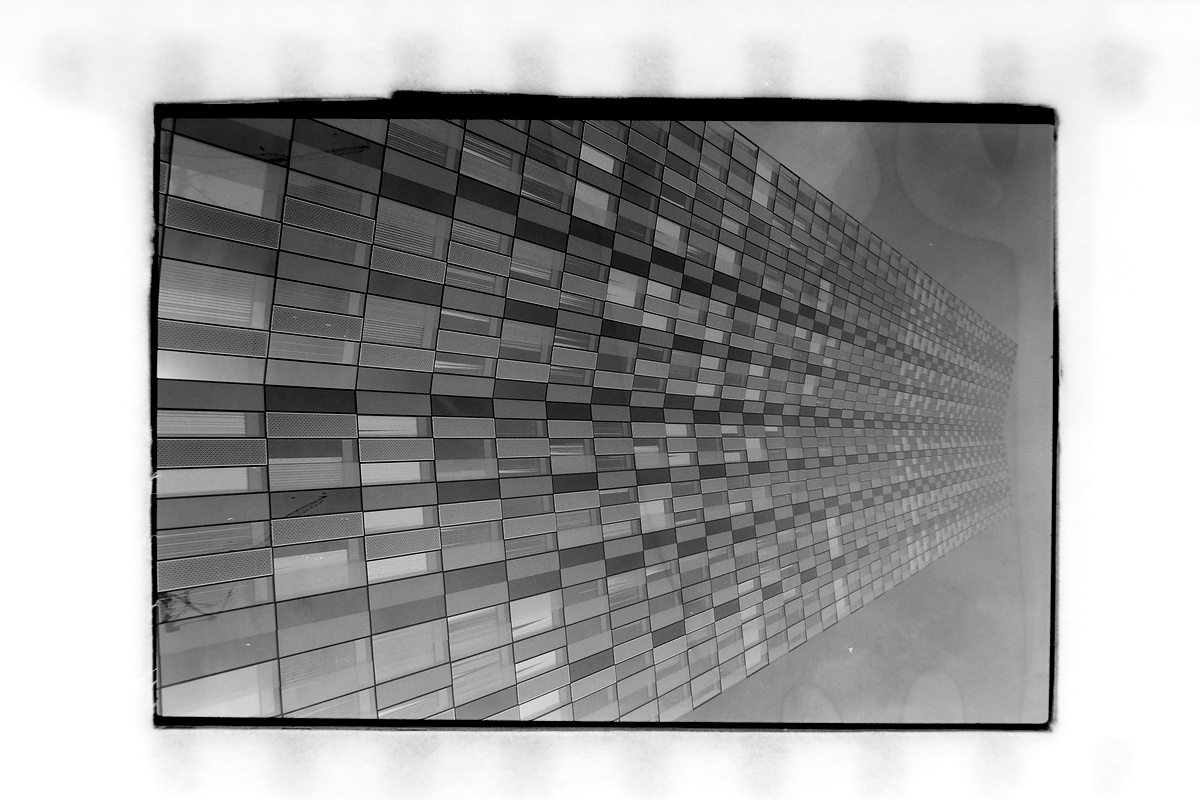 (Negative digitized using a digital camera; you can just about discern the film sprocket holes behind the improvised white mask.)

I'm new to film processing, having developed ~10 films so far; I have never encountered this problem before, but it looks to me like an agitation issue. The procedure was as follows:

This looks to me as if you have botched loading the film onto the spiral, so that two wraps of the film were touching or very close to each other. When that happens you tend to get marks on the negs where developer hasn't really reached them properly.

(I tend to get this with 5x4 negs processed in a mod54: huge negs like that are very flexible so if you agitate too much they can come out of the slots and end up resting on each other.)

Agitation... read about it [in the instructions that come with your film for manufacturer's recommendation], different films and developers need different amounts. Plastic reels and tanks aren't as good as SS for flow. [plastic reels have smaller openings, hard edges which disrupt flow patterns and though not originally referenced are more likely to cross contaminate though likely not an issue here]

Not the answer you're looking for? Browse other questions tagged developing 35mm darkroom or ask your own question.

7
Do longer stopping and fixation times have any influence on the quality of the film?
3
B&W Negative Tray Developing: Uneven Development
3
What process should I use for developing old (Ferrania?) CR50?
3
Why are there multiple white spots on photos taken with a Praktica IV camera?
7
How do different developing fluids affect black and white film?
5
Uneven tank development
0
How to clean glue or adhesive from film?
0
One transparent negative when developing 2 rolls at once
0
My film didn't fully develop
8
Home B&W developing - very dark areas gone white