How clipping is shown in Lightroom?

I don't understand clipping in Lightroom.

However, on some photos, Lightroom displays blue and red zones, but the white triangles are not shown in the diagram. Here's an example of a fragment of a photo which clearly displays a relatively large zone in red, and a tiny zone in blue (the top of the antenna): 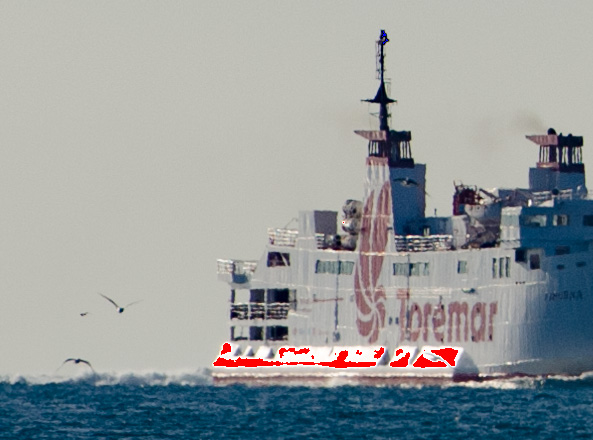 For the same photo, the histogram is shown like that:

The color of the triangles indicates which channels are clipped: white triangle -- all channels. Red channel clipped? Red triangle. Blue and green channels clipped: cyan triangle. And so on...

The luminosity of the triangles is related to the %age of pixels that Lightroom considers clipped. Few pixels relative to image area? Dark triangles. Many pixels? Bright triangles. That's why if you boost highlights you'll see the white triangle -- more pixels clipped in all channels in your image.

This also answers your second question: any channel that is clipped will trigger the warning, not just white (RGB 100 100 100).

10
How to re-organise an existing Lightroom library?
2
How to Copy Lightroom Preferences?
1
HDR and RAW dynamic range clipping, mapping, and compression
6
Do the clipping indicators in Lightroom show that the value is at the maximum, or beyond?
0
How to recover metadata in Lightroom?
2
Accurate Product Images: Gray Point, White Point, Black Point
2
Is it possible to set which photo is shown as the Lighroom folder preview?
4
How do I create the effect that is shown in Adobe Lightroom Sharpening - Masking - preview?