What is the proper name of this camera shot? [closed] 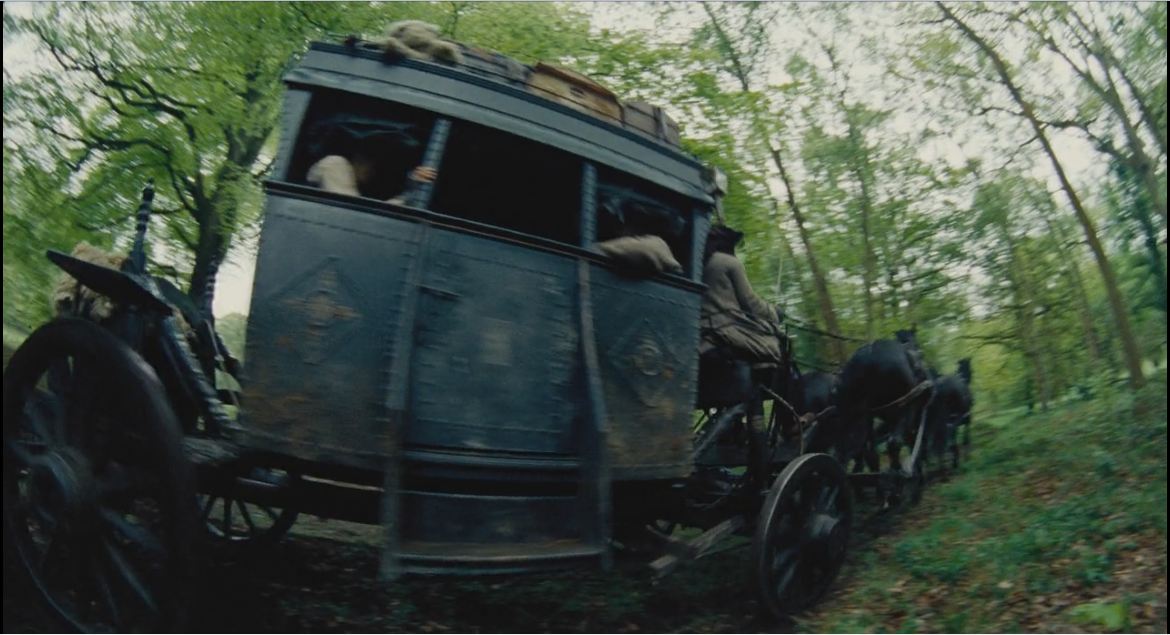 It looks a concave shot. But I am weak in photography.

What is the proper name of this camera shot?

There really isn't a term for this "type of shot" per se, but it is the type of shot one would expect to get using certain gear.

Most lenses attempt to correct for distortions, but fish-eye lenses go against the grain by utilizing barrel distortion to create their "effect."

This image looks like it was shot using this type of lens as indicated by the barrel-distorted carriage, the curvature of what would otherwise be a straight line (carriage -> horses) and the curvature of the trees toward the center of the frame (note how this gets more extreme for the outer trees).

Additionally, nothing in the shot is very sharp. However, the trees are distinctly less sharp than the carriage, which has a right front wheel that doesn't look too far gone (as far as focus as concerned).

This leads me to suspect that the shooter intentionally used a slower shutter speed and attempted to track/follow the carriage as it moved. This is a panning technique that is used to capture motion blur of a background while keeping the subject sharp. However, it's not the easiest thing to pull off and it appears that this shot was not uber successful at it. The shutter speed was too short to get a good motion blur on the background and the panning not in-sync with the carriage enough to pull off a sharp subject.

On the other hand, I could be completely wrong in assuming the panning and this could simply be a case of camera shake and/or missed focus.

Looks like a fish eye lens with a slowish shutter speed

@Hueco has described the same I am posting, but I will make it as a bullet list, so you have the elements to deduce your next question.

In the end, you do not "Put a name a camera shot"; you describe the elements in it.

It looks like a lens with a lot of barrel distortion was used.

For the most part, photography and paint-on- canvas and pencil sketches are two dimensional, whereas we see the world three dimensionally(3D). Artists and photographers often use tricks of perspective to convey an illusion of depth. This image is an example of “Wedge Perspective”. Choosing a wide-angle lens and a careful camera placement, conveys a feeling of depth and speed. A tip of the hat to this photographer.