What is the difference between the various image-stabilized Canon 18-55mm lenses? [duplicate]

I'm looking at buying a new 18-55mm lens as the one that came with my 4000D doesn't have image stabilisation, which I really need. It seems like canon have made many EF-S lenses over time that all seem to have the same features.

I won't be recording video on this camera so having silent auto-focus isn't important to me.

The two main choices you'll find from Canon are that you can get an 18-55mm f/3.5-5.6 with either the newer "STM" (stepper motor) design, or the non-STM version "II" design (which uses micro-motors).

The STM motors are significantly quieter ... but they are also faster to focus. So even if you aren't interested in the "quiet" feature (great for video when you use the internal microphone) ... being "faster" is generally always going to be welcome.

One feature that really sticks out in my mind ... is that the STM version now has "internal focus". On the older non-STM design (the version "II") lens rotates the front of the lens as you focus. If you have a polarizing filter on the lens, this causes the filter to rotate ... and you're always having to re-adjust the filter tuning after each focus. The "STM" version only moves elements internally ... the front element no longer rotates. This means you're not constantly having to adjust the angle of your filter.

Other than that... both lenses claim 4 stops of Image Stabilization. Both lenses have decent optics ... with some optical flaws (chromatic aberration). 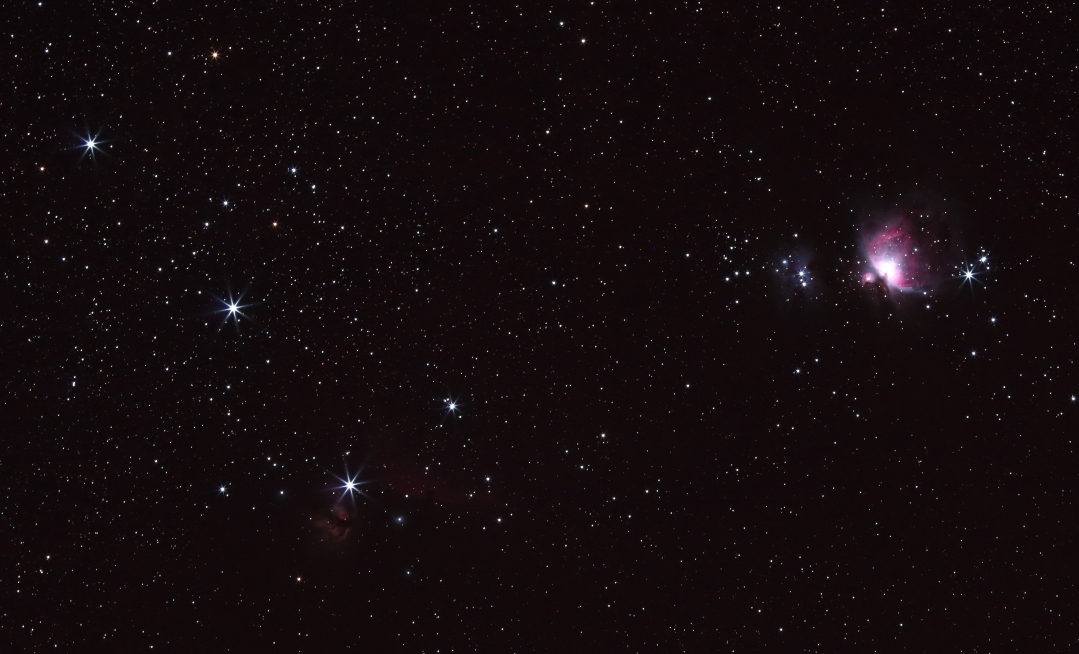 The above image was captured using a lens with 8 aperture blades (you can count 8 diffraction spikes on each of the brightest stars in the image). Some dimmer stars show shorter diffraction spikes. This was capture at f/10. The effect is intensified at higher f-stop values.

Not the answer you're looking for? Browse other questions tagged lens canon lens-recommendation or ask your own question.

3
Is the standard Canon 18-55 lens the same as 5 years ago?
6
Are manufacturers' Image Stabilisation ratings for zoom lenses deceptive?

3
Is Sigma 17-70mm f/2.8-4 DC OS or Canon 17-55mm IS USM the better general purpose lens?
17
What are the real-world differences between Canon, Sigma and other third-party 70-200 f/2.8 lenses?
1
What is the difference between these various Nikon zoom lenses?
1
How can I compare different lenses in terms of quality?
2
Recommendation on Canon 18-55mm IS STM / III
5
Should I avoid used lenses involved in video shooting?
2
Why is low chromatic aberration considered important in the digital era?
1
Second hand Canon 80D or newer 250D
0
Which image stabilization lens to get to replace canon kit lens?