Does it make sense to buy a Sigma Art f1.4 for a crop sensor body?

Im currently shooting on a Nikon D5300 with a 35mm f1.8 and I looking for a quality telephoto portraiture lens. I'm interested in the Sigma Art 85mm f1.4 DG HSM. I saw the lens is versatile and my main goal is to shoot portraits with occasional landscapes and wildlife.

When applying the crop factor I get a focal length equivalent to a 127,5mm which should be a good addition to my 35mm f1.8. However, if I understand correctly the aperture need to be multiplied as well, which results in an f2.1 and means I am losing at least an f-stop.

So does it still make sense to buy this 'fast' lens on an aps-c camera to get the great bokeh and background separation it advertises with? I can get the lens new for 830 euro and am estimating if it is great value for money.

I think you're over-thinking this, and with all respect to everyone else trying to help, I think the answers focusing on depth of field equivalence calculations are making things worse. No one is wrong — I just think it's leading in the wrong direction. Let me suggest a different approach.

By all accounts, this is a lovely portrait lens. If that's what you are looking for, and the economics work out for you, then it is absolutely "worth it".

Or perhaps you meant, do I need a faster lens? Well, again, not to get great bokeh and background separation. (In fact, you have plenty of room to stop down from f/1.4 and still get that.) If you do, your one alternative is the Mitakon Zhongyi 85mm f/1.2 — no one else makes a faster 85mm lens for Nikon. And that lens has some interesting, positive reviews, but is manual focus and makes a great deal more optical compromise than the Sigma Art lens. So maybe you want that, but — it's not necessary.

In general, there's a lot of mysticism around full-frame on the Internet. Full-frame isn't magic, and isn't the pinnacle of photographic options. It's just a larger sensor size than APS-C — and smaller than medium format, and smaller still than a whole host of historical film formats. It's true that this lens happens to be usable on modern cameras in both APS-C and full-frame formats (DX and FX, in Nikon terms), but that's really just a quirk and shouldn't hold you back.

On this site, a photograph is worth more than a thousand words, so let me present some examples to demonstrate the point. I did a quick search on Flickr and came back with a few.

This one was shot on an APS-C Canon camera (sensor slightly smaller than Nikon APS-C), on a Sigma 85mm f/1.4 lens: 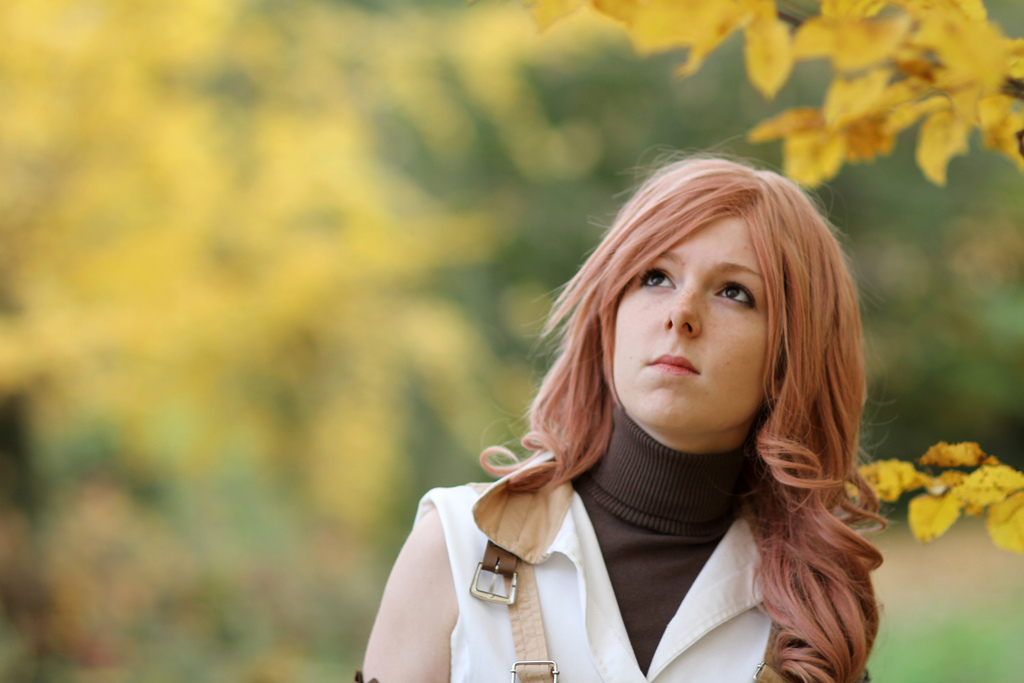 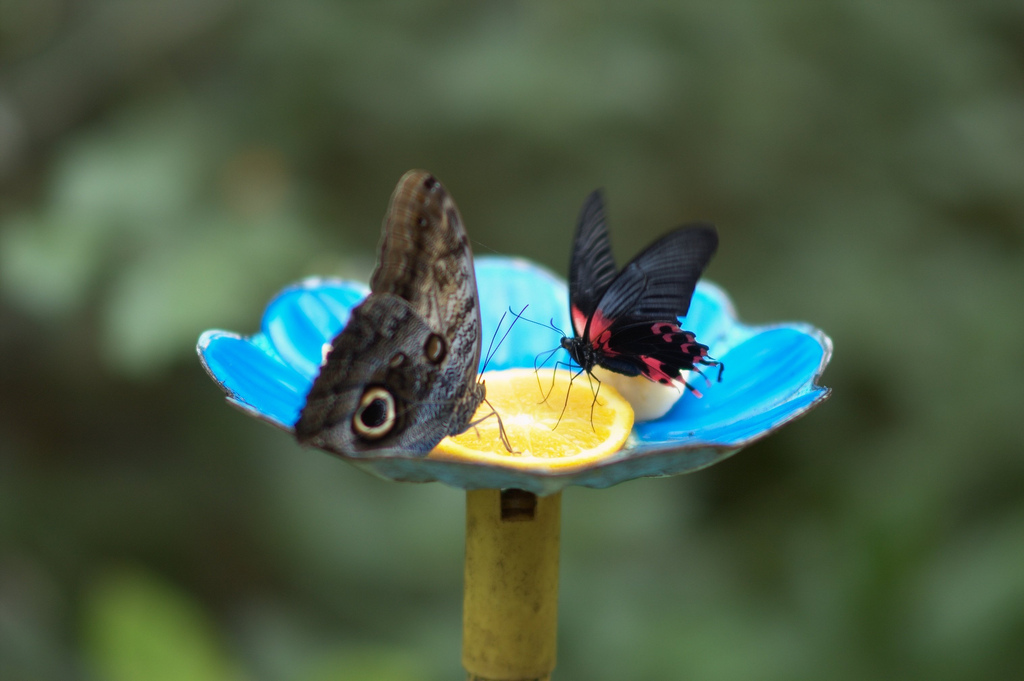 And here's one on a Nikon D80, again with some other 85mm lens, but, also again, the basic idea is illustrated: 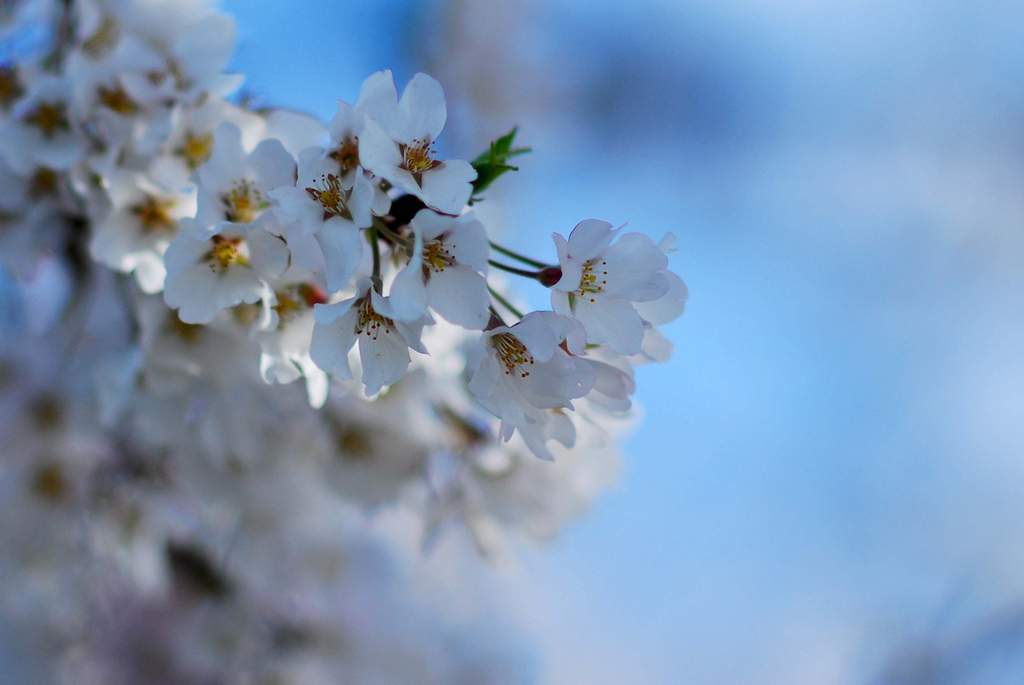 You can find more examples pretty easily. In short, this lens can definitely do what you describe wanting. Of course, whether spending for what you want makes sense is a personal decision no one else can make for you, but my sense is that you won't regret it.

However, if I understand correctly the aperture need to be multiplied as well, which results in an f2.1 and means I am losing at least an f-stop.

If you use a FF-lens with an APS-C sensor, part of the light that is collected by the lens is not hitting the sensor but the amount of light that hits a part of the sensor stays the same (as long as we compare sensors with similar pixel sizes).

You will never lose any transmission stops (low light ability) using a smaller sensor, unless something behind the camera mount severely constrains what reaches the sensor (unlikely with general purpose still cameras one sensor size apart). Some would say ISO at different sensor sizes is not equivalent: When exposure is discussed, this is nonsense; such comparisons are about noise performance.

If an 85/1.4 lens is needed to accomplish a real photographic goal, and you're willing to spend the money, go for it. However, if you're just chasing a large aperture, it isn't worth the extra cost.

In the Adorama article:

It also seems you're confusing some concepts.

You have a lot of good answers already. Technically an 85mm lens is an 85mm lens regardless of camera body. The "crop factor" doesn't really change the focal length per se... it's just that on a crop-body you're only using a 28mm image circle instead of a 43mm image circle (specifically a 3:2 rectangle that can fit inside that circle). In other words, more of the image is spilling off the sides of the sensor on an APS-C body than would spill off the sides on a full-frame camera. But the part of the image that does not spill off... that part is the same.

But there is something usually does change ... and that's the photographer's behavior. And this does impact the "look" of the final image.

Suppose you are shooting a half-shot portrait (waist-up) with a full-frame camera. You decide that you need to stand a certain distance from the subject to get a waist-up framing (it's not a 'zoom' lens, so you physically move nearer/farther (zoom-with-your-feet) to achieve the framing you want). Suppose the distance that gives you the framing you want is 8 feet away (giving you a vertical height of just about 3' 4" or about 1 meter). (This isn't a great example because the depth of field would only be 1.7" ... tricky to work with but I'll use the example anyway.)

When you switch to an APS-C size sensor, the field of view (previously 3'4") will drop to about 2'4". To get back to the 3'4" field of view and have similar framing, you would need to step back to about 12' (50% farther away). If you use the same f-stop, the depth of field will naturally increase since the distance increased. The DoF will roughly double. This will have an impact on the amount of background blur. From a DoF perspective (and amount of blur) it's "as-if" you multiplied the crop-factor (1.5x) by the f-stop (1.4 x 1.5 = 2.1) but only for calculating the DoF ... not for calculating exposure (that part does not change).

If you change nothing (don't step back) then the physics of DoF for that exposure, distance, etc. wont change (you'll just get a smaller field of view.)

You can play with a DoF and dimensional field of view calculator to see how this works. Here's a free web-based version I use: http://www.tawbaware.com/maxlyons/calc.htm

Okay, so to boil it down, you're wondering if an 85 f/1.4 would be worth it on an APSC camera because of the crop factor.

So, comparatively speaking, if you were to ask a similar question, "Should I buy a 135mm f/2.0 for a FF camera?" then we could use that answer to aid in answering your question. (I'm using a 135mm f/2.0 because I'm a Canon guy and that's just what I know. I'm sure Nikon has an equivalent)

So, would I suggest you get the 135 f/2.0 for FF? - if you need the focal length, then obviously. You can look for reviews on the focal length but in a nut shell, if you have the space to shoot it, it's a wonderful place to be, especially for portraits. But, the space is the key part - make sure that you have it. If you don't, you may find it a bit tight.

Bringing this back to the 85 f/1.4 on APSC - yes, the focal length may be tight for some, good for others. Honestly, you should rent the lens for a week and see how you feel about it.

But, in looking at just the focal length and just the aperture - I'd say that it's a solid choice, simply because it's FF comparable is also such a solid choice. Again though, that's if you have the space and it fits your style.

I happen to have Canon 85mm f/1.8 (35mm equivalent 136mm) lens for use with my Canon 1.6x crop sensor camera. It's a bit long for being the most used lens, but it's definitely good for low-light conditions where a mild telephoto is needed. Before I had the 85mm f/1.8, I used a 50mm f/1.8 a lot and found many shots from long distances would have benefited from a longer focal length.

In your Nikon, 85mm is equivalent to 128mm. Probably a bit better for general use than 136mm, but less good if low-light telephoto with an emphasis on the telephoto is what you want.

It's a good question if you need the f/1.4 or if f/1.8 would be enough for you. There is a Nikon f/1.8 lens with 57% of the price. The f/1.8 would be 31% of the weight. For my tastes, the Sigma 85mm would be way too heavy, but then again I'm heavily against high-weight equipment. Only you can decide if the high cost and high weight of the Sigma 85mm are tolerable.

If I have time to change to a suitable lens, I prefer primes over zoom lenses. I would probably purchase even a fast 135mm (35mm equivalent 216mm) prime if such a prime was available at a reasonable cost and weight and with an autofocus feature. Canon 135mm f/2 L weighs 750 grams and costs over $1000, being too heavy and expensive for my uses, so if I need 135mm, I pick the 55-250mm f/4-5.6 IS which has f/5 at 135mm. In handheld use, the IS overcomes the small aperture.

Canon is the best choice.

Not the answer you're looking for? Browse other questions tagged sigma bokeh crop-factor or ask your own question.

2
Which Telephoto Zoom Lens?
4
Does wide angle equivalent in crop sensor skew image?
3
Is there a focusing issue with the Sigma 17-50mm f/2.8 on a Canon 70D?
4
How does the lens calibration feature of Sigma Art lenses work?
0
Is Sigma 150-600mm f 5-6.3 contemporary “F4-5.6” on Crop Sensor?
2
Will 50mm f1.4 and 85mm f1.8 lenses produce the same bokeh, given the same framing?
1
Why is the Canon-mount Sigma 24mm F1.4 DG HSM Art sharper in the corner in DxOMark's ratings than Nikon-mount version?
1
Why doesn't full frame have faster shutter speed than crop (all other things equal)?
2
Back-focusing with Canon 7D2 body and Sigma 50mm art lens: is the Sigma USB dock the solution?
5
Large double onion ring in the middle of shoots when i useing Sigma 35mm f1.4 DG HSM Art lens on my Canon 6D mark ii