What are the threaded holes in Manfrotto camera brackets?

The following is the underside of a ball headed Manfrotto camera mounting bracket:- 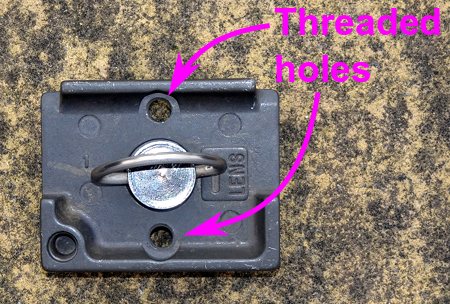 In addition to the expected threaded screw in the middle, there are two threaded holes either side. I don't recall getting any hardware for these when I bought it. What are they for?

The tripod mount receivers on many video cameras have an additional slot next to the 1/4-20 threaded hole. This hole is for an alignment pin that orients the camera in the right direction and also assists in preventing the camera from twisting on the plate. 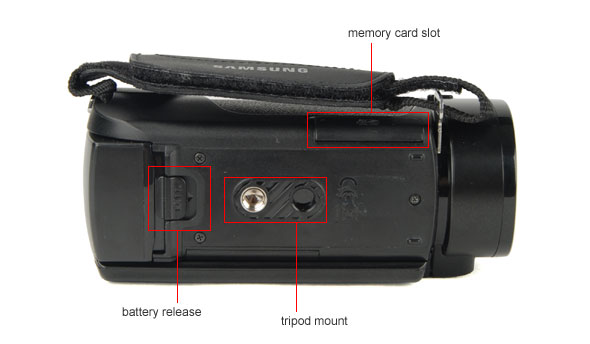 The holes in your Manfrotto 200PL quick release plate are for an alignment pin that fits into the additional (non-threaded) hole in the base on video cameras. The two holes in the QR plate are to allow the user to choose front or rear orientation of the plate when used with a video camera that has the hole for an alignment pin. Your Manfrotto 200PL plate should have been supplied with such a pin (they're typically black plastic, but were originally metal a LONG time ago) as well as a 3/8-16 to 1/4-20 adapter bushing for the main screw. 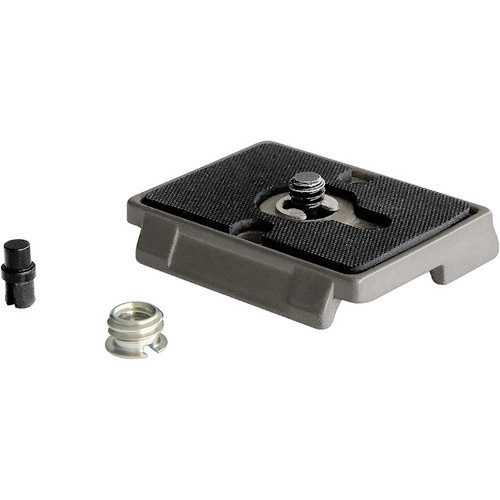 At least a few Nikon "still" cameras also seem to have a hole for the alignment pin. The Nikon D850, for example: 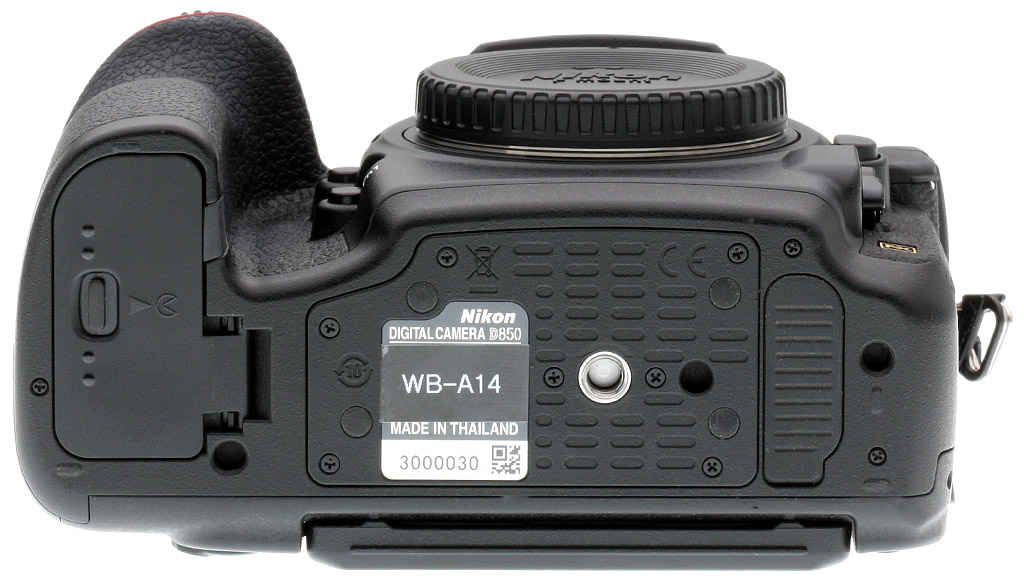 Those holes are for a vhs pin — apparently a thing used to keep big heavy tape-recorder cameras in alignment. I don't think there's any use for still cameras.

Not the answer you're looking for? Browse other questions tagged tripod-heads ball-head or ask your own question.

3
Name of cleat-style tripod mounting head
1
Why do a majority of still cameras only have one tripod hole?

4
How does the Induro PHQ panhead Compare to the Manfrotto, Gitzo etc. Ballheads and Gimbals?
3
Am I correctly mounting my camera on a MH055M8-Q5 Manfrotto Photo-Video Head?
5
How good is the Manfrotto 055XPROB Tripod?
3
Is the Arca Swiss Z1 compatible with Kirk brackets
2
Are Manfrotto tripod bases for video compatible with the photo line of heads?
4
Are Manfrotto Q6 Plates Compatible with Acratech GP-ss Ball-Heads?
4
Why would someone want a plain screw rather than a release plate?
2
Do I need an L-bracket for panorama shooting?
3
Name of cleat-style tripod mounting head