What type of postprocessing gives the effect of people standing out against a flat-seeming background?

What postprocessing was likely done, such that the people stand out in the photographs? 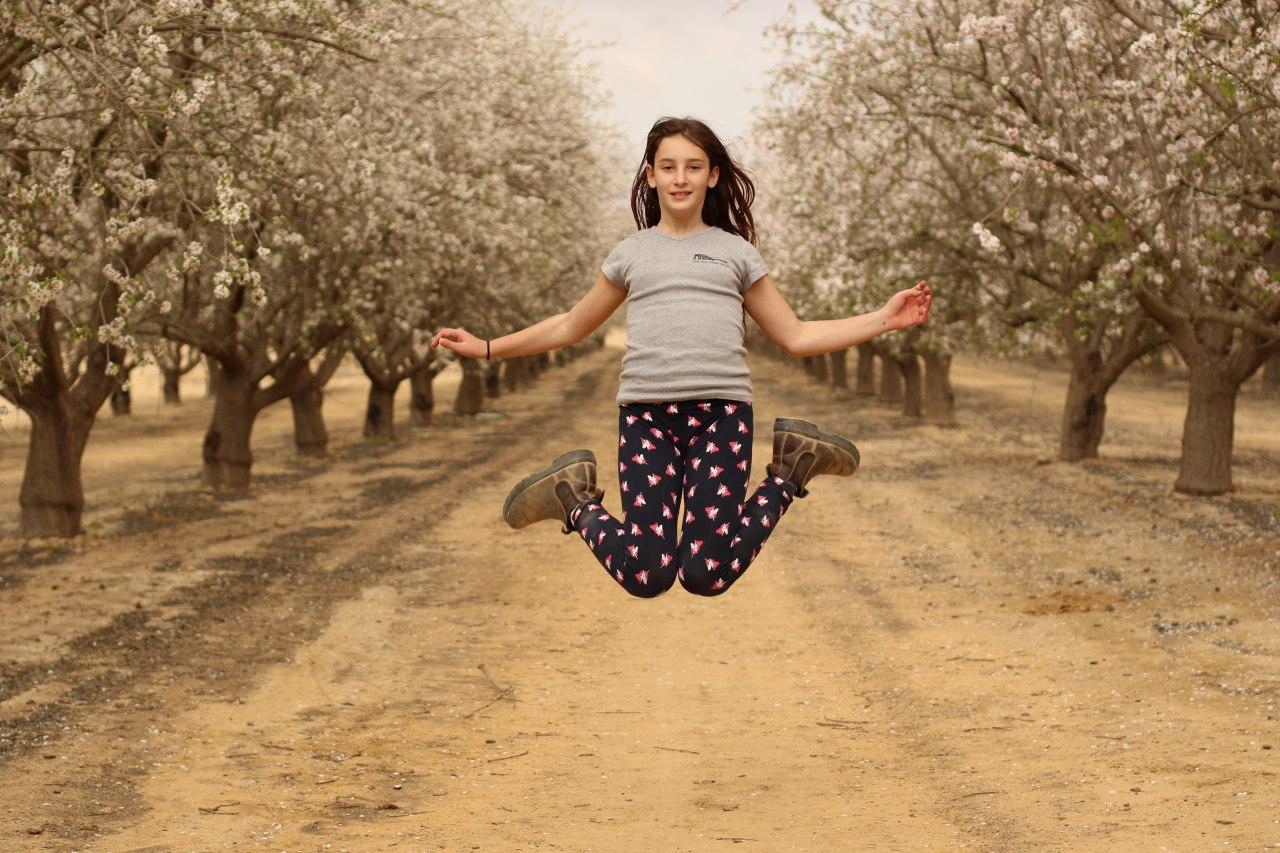 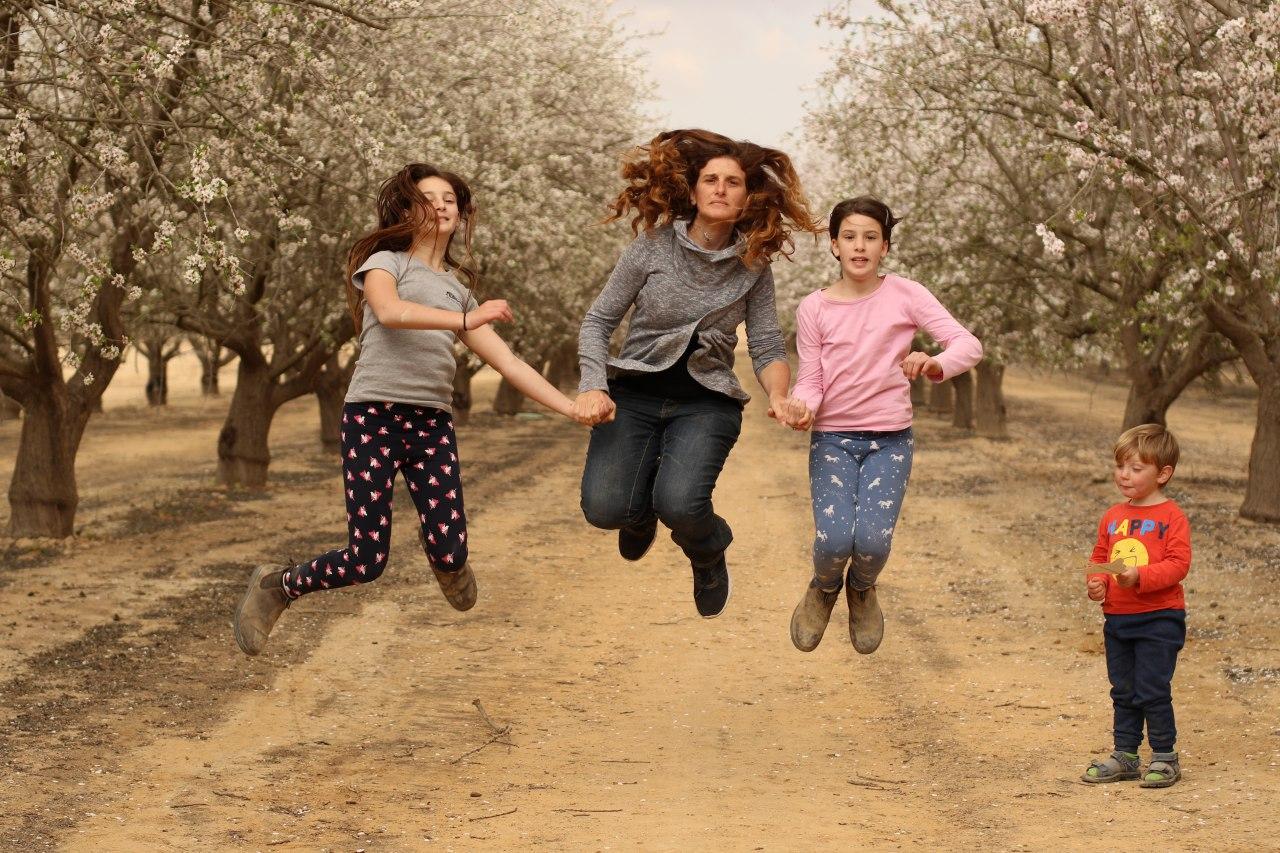 As the photographer was doing tens of these photographs, I do not think that it was a composite image. Rather, I think that the foreground / background was masked and different filters were applied to each.

I'd guess it's as simple as selecting the subject in Photoshop - with a tad more care & attention than I've used below, then leeching out the saturation in the background & tonally balancing towards a sepia effect.

As a very quick demo I did the same thing but made it a pretty garish purple instead. 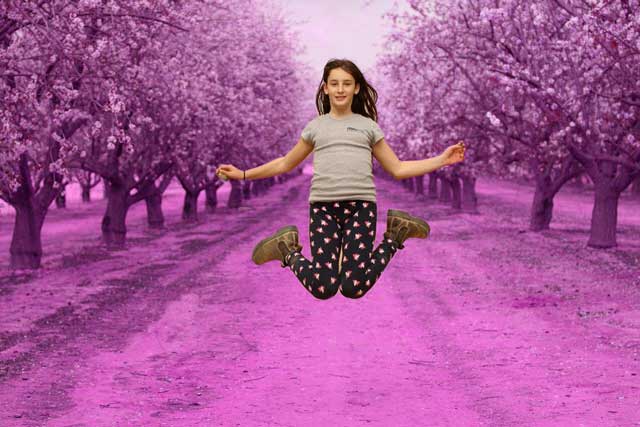 Once you have your mask you can treat inside & outside of it in totally different ways.

The subjects have been left with realistic colouration, which I think is what is providing the majority of the visual separation - that & the physical separation from the ground, which pushes them into the unsharp area of the background. Note how the effect is less emphatic on the small boy, especially lower, where he's connected to the equally sharp ground at that distance.

I don't think the focus has been played with. I think it was shot on a wide enough aperture that the background is blurred by simple distance. The ground underneath them is still reasonably sharp.
I also don't think it would be compulsory to be using flash, so long as enough light was getting in, or set to a high-enough ISO, to use a short exposure.
The light on the people & the trees seems to match - little to no shadow at all, which matches the OP's description & the almost 'white-out' cloud cover in the back of the shot.

Late addition
I'm not seeing any hint of even a slight fill-flash. Shadows just don't match, & there's not the faintest hint of a catch-light in the eyes.

Additionally, for the 'ooh it's a composite' voices.
The two backgrounds will not overlay, no matter how much you stretch them or play with the perspective - so the 'trick' of extracting the subjects & pasting into a separate shot of the orchard would have required 2 different shots of the background, taken from 2 slightly different places. The photographer would then have had to cut the subjects out of a background they were already in, to replace it with another, taken on the same day at around the same time in approximately the same place... to what end?
That just makes no sense.

Didn't the photographer use flash?

A common practice to make subjects "stand out" is to use flash for proper subject exposure, and to use camera settings to slightly underexposure the background. That is my guess here, instead of post processing.

There area few ways of making such photographs. You could, for instance, use a large aperture to create a shallow depth of field whereby you blur out the background. The human eye doesn't like to look at things that out of focus. By creating a shallow DOF, you will put visual emphasis on your subject.

Combining these two methods would be even better.

What the photographer has done with the images that you've posted is to create a composite. The images are apparently a combination of a background and the people were placed over it. The photographer either took the background image out of focus, or used a blur filter (i.e. Gaussian blur)..

It's flash, very clearly. If the photographer says there "may have been" on camera flash used, then that's it.

I think this is pretty clearly a composite photo. Here is the top one processed for error levels, and for edges. 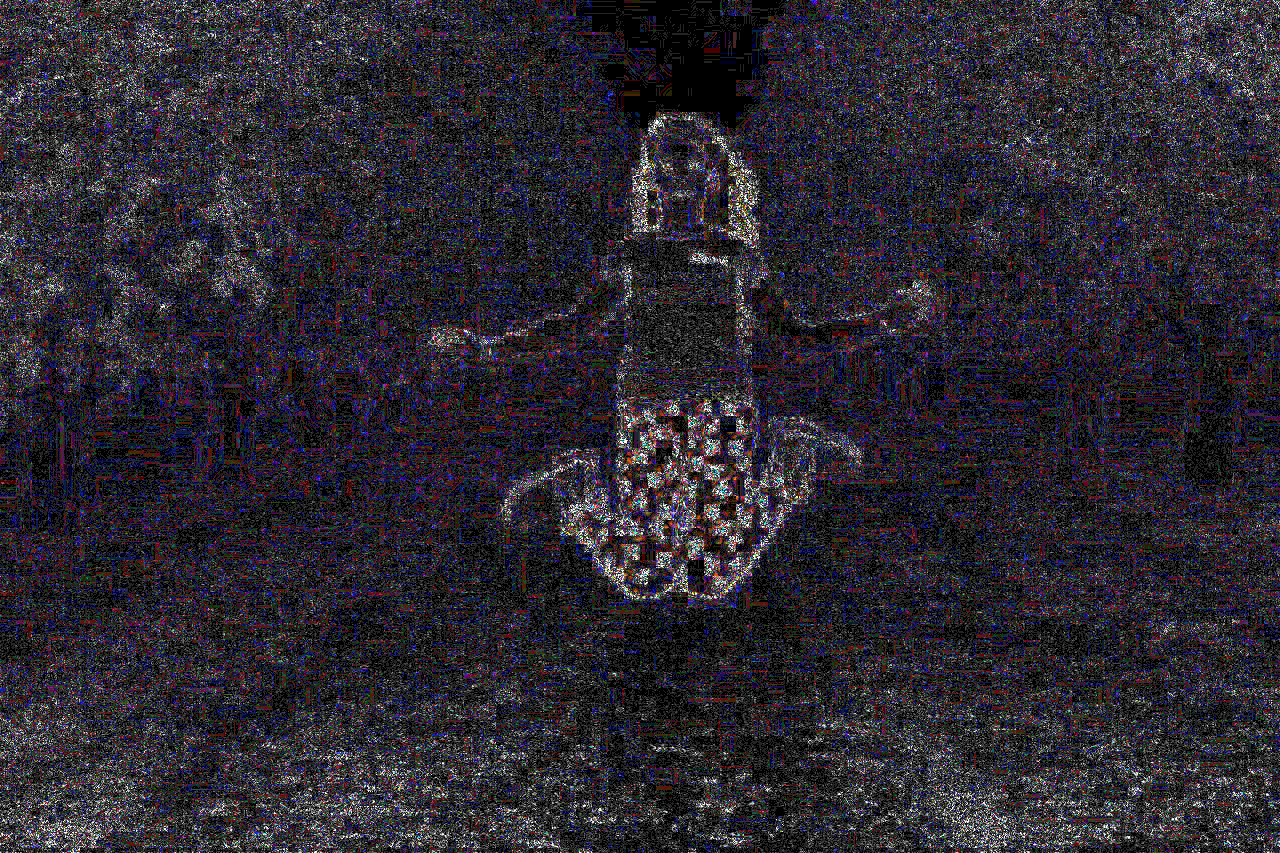 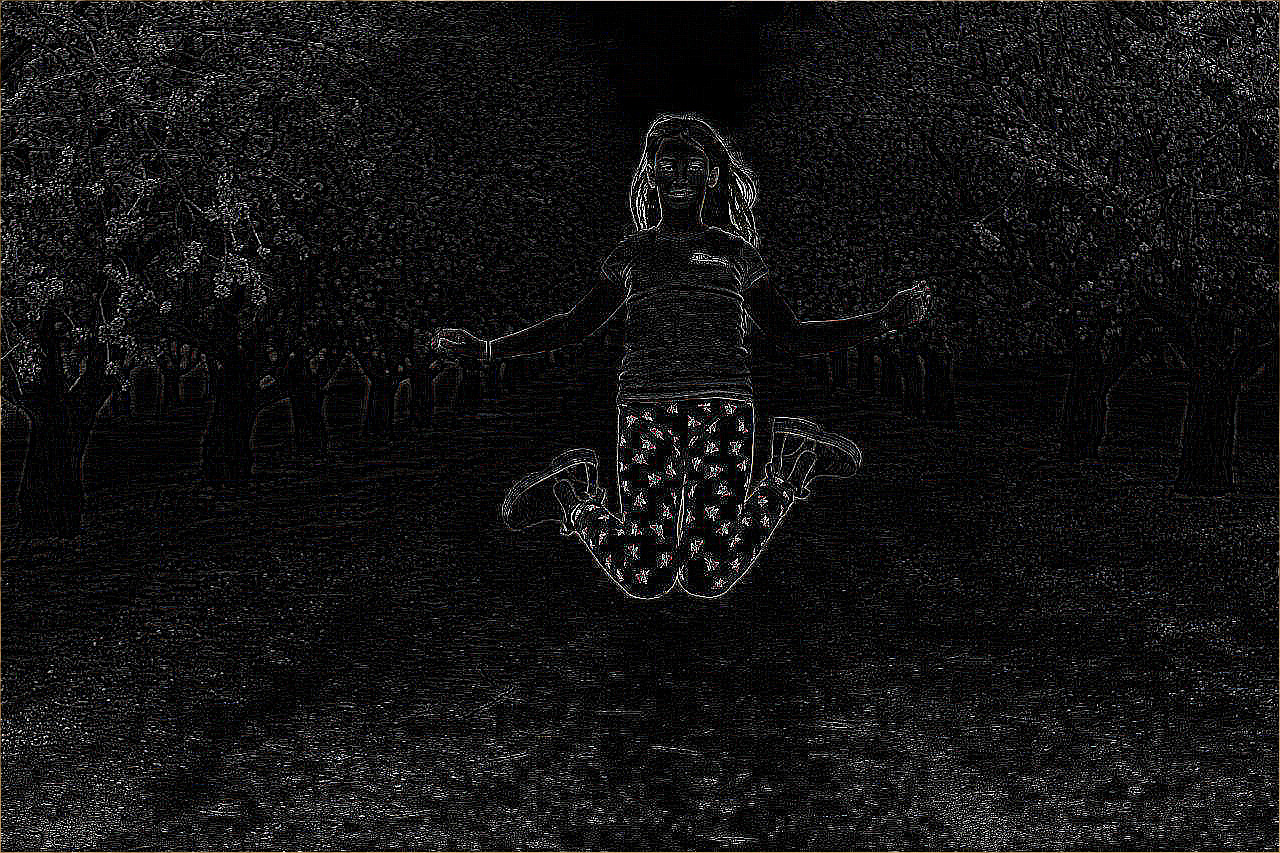 The errors and edits don't prove this is a composite. However the edges are sharp enough to suggest further examination.

Could this be done post processing? I think that careful masking could do this, yes. I think this is a significant component of the 3D effect, the people are dramatically sharper and more colorful than the rest of the image.

Computer analysis aside, I find the image "off", rather like the Uncanny Valley of computer simulations. Trying to identify why I find it "off" leads me to the impression that the people don't quite fit the perspective. The lack of clear shadows makes that hard to quantify but I realized that one of the things that was affecting my perception was what is not present, footprints! Where are these people jumping from?

The hair on the woman in the second picture shows she is falling. That's a pretty big standing leap! Again, no footprints?

It's extremely well done, and I'm less than 100% sure but I think it's a composite.

Not the answer you're looking for? Browse other questions tagged post-processing software or ask your own question.

15
What techniques were used in this late 1970s car ad featuring a family picnicking with giraffes?

8
How can I make this image appear OK on an average monitor?
16
How to postprocess photos with lots of blue haze?
19
How do I blend multiple photos to remove random people from the background?
9
What kind of photo effect is this, where colors are a bit washed out, yet retains the crisp detail and the colors are almost pastel?
3
What is a good amount of noise reduction to apply in post-processing?
3
What does the “Flux” effect of Instagram do?
0
Filtering narrow spectral lines in digital postprocessing
7
What should I focus on when converting photos to black and white?
4
How can I take portraits in the style of Charles Hildreth?
3
Automatic identification of lucky images for landscape photography