Why the difference between sunny f/16 rule and looney f/11 rule?

There's the sunny f/16 rule that says photographs on a sunny day should use f/16 with the exposure time set to reciprocal of the ISO sensitivity.

However, there's also looney f/11 rule that says photographs of the moon should use f/11 with the exposure time set to reciprocal of the ISO sensitivity. Seems about right (f/11, ISO 100, 1/100 s exposure, 250mm focal length on 1.6x crop sensor, image stabilization on): 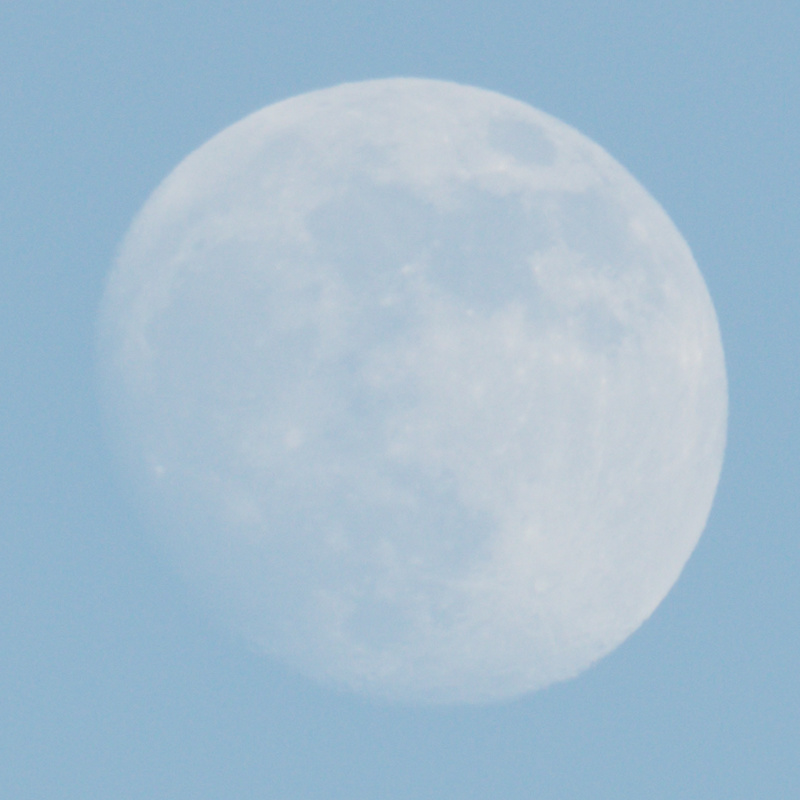 At first, I thought photographing the moon should use significantly longer exposure time and a big aperture to collect as much light as possible, especially if done during the night.

However, when you think about it, the moon is actually lit by the sun! Thus, the sunny f/16 rule should apply also to photographing the moon.

My question is, why the 2.1x difference? It can't be due to the atmosphere of the Earth, as the light coming directly from the sun and also the light being scattered by the moon travel the same amount in the Earth's atmosphere.

The moon's surface is relatively darker than Earth's, with an average albedo of 11% (our gray cards are 18%). Moon phases other than full moon are side lighted, and darker still. Yet we seem to prefer too-bright pictures of the moon, thinking that captures it shining up there against the black sky background. So f/11 more nearly captures that sensation for us.

Not the answer you're looking for? Browse other questions tagged aperture astrophotography moon or ask your own question.

1
How to calculate f-stop and ISO equivalents for a Lomography Spinner 360°?
3
What's the difference between real and effective aperture?
5
How do metering and aperture setting play together in manual mode (Minolta X-700)?
8
What makes the difference on partially and fully visible moon?
0
How to set exposure for photographing the milky way?
3
What's the difference between aperture value and f-number?
0
What is the max. exposure time when using an iOptron Pro mount with a EOS 70D & telephoto lens?
9
Why is the earth not overexposed in this star photo from the ISS?
2
Is deep depth of field AND bright exposure possible?