How to edit photograph to remove flashes of light / glow / glare?

How can I remove the "glare" on the musicians in the photo below using Photoshop?

I do not have the relevant vocabulary to express what this "glare" really should be called. 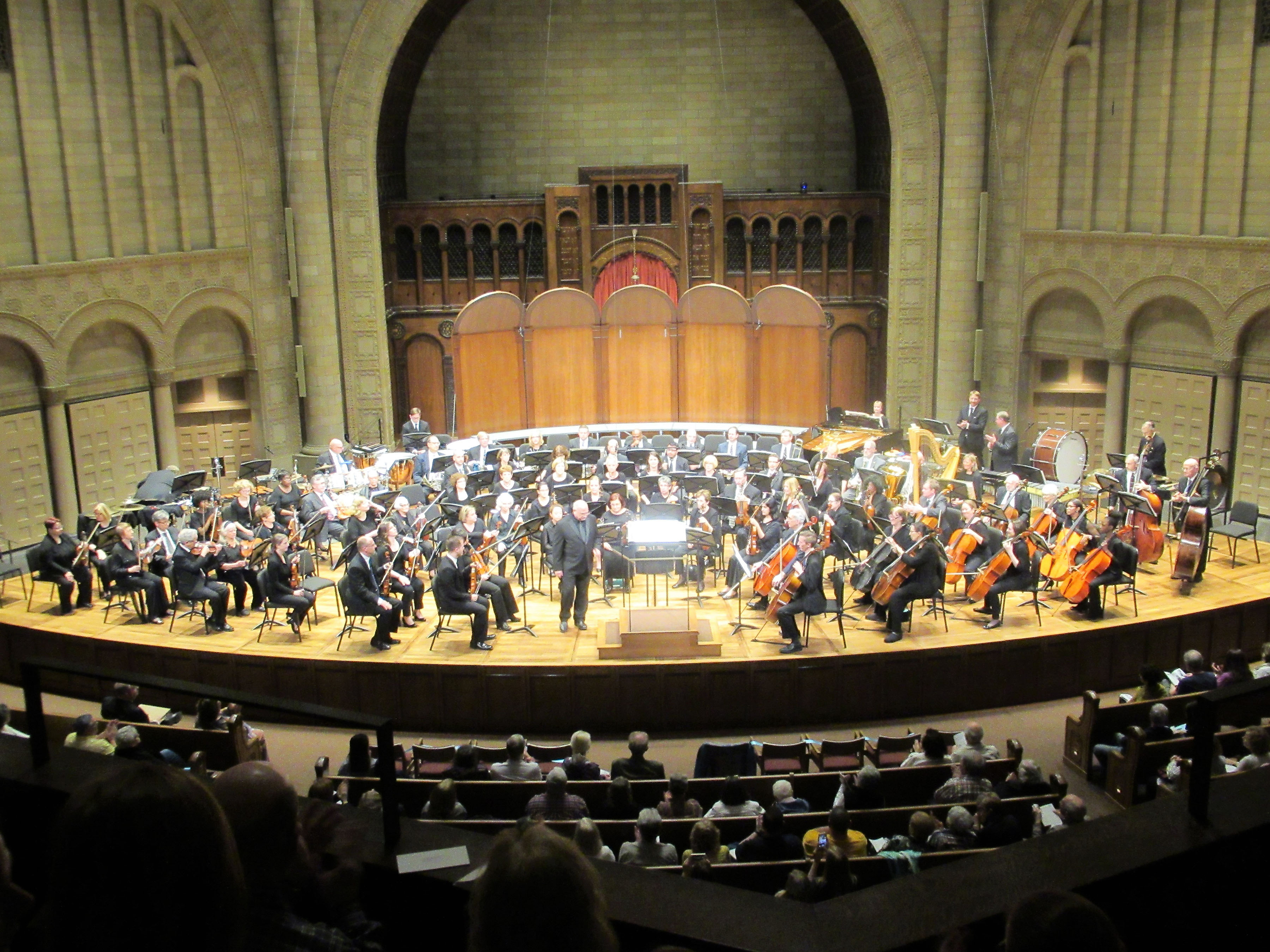 I am not a photographer and did not take this photo.

When an image contains pure white (#fff or values RGB 255/255/255) - we refer to this as "blown" or "blown out". There is nothing you can do to alter these pixels to gain lost detail. For example, I've cranked the levels to darken everything, yet here those pixels are...in all their blown glory: 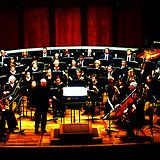 Keeping that in mind, the only thing that you can do is attempt to lessen the impact. You can tone down the white by going to a grey and then tweak the contrast a bit so that the image doesn't look so flat. The below was a quick curves adjustment using Pixlr because I don't have Photoshop on this computer. It's also an uncorrected monitor, but hopefully the point is clear: 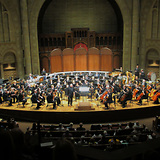 The tool that you'll want to use is called "Curves" in most programs. Here's Adobe's Help Article. You'll want to tone down the white to a grey and then bump the contrast by tweaking the curve into an "s" shape. Tweak until you find things acceptable.

Keep in mind that those blown pixels will only ever be white or some value of grey. This may not eliminate what you're calling "glare".

For another take on this, Tetsujin has the photoshop skillz equivalent of a mouse taming a cat and produced the following using "a fairly noisy HDR-style recovery in Ps using curves & dehaze/clarity in PhotoRAW." (Thank you for providing this!) 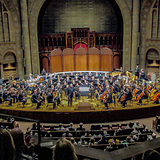 For your own photographic advice: if you are ever shooting en environment like this where the subject is very well lit and the rest of the photo isn't, expose for the highlight so that nothing is blown. You can always bring the shadows up in post (at the expense of noise), but you cannot put detail back if that detail is blown.

Another approach, since as Hueco mentions in his answer, this detail is blown out and unrecoverable - is we can try to reduce it's impact by attempting to darken some of the blurred "halo" effects that surround the bright reflections. The process here is not too dissimilar to manually performing an unsharp mask.

I'm going to focus on this one section, as it's easier to see what's happening on a small section.

First step is to take it, and threshold out anything that's not pure white: 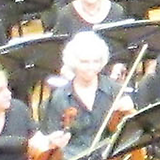 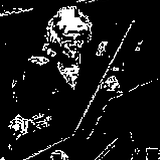 At this point, we can see how much is actually blown out. Next steps are to invert the colors, and blur the resulting threshold into a mask. The guassian blur here determines how far out we'll be correcting/darkening the original image. I use ~20px of blur here, which is quite a lot.

Next step is to apply this mask as a multiply layer. 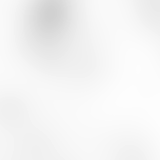 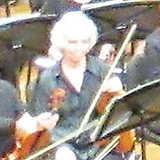 Comparing the first and last images:

And here's a gif showing the change across the full image:

Others have covered rather well your very limited post processing options. Of course the best way is to shoot the image with the proper exposure to begin with.

While this doesn't really answer the question directly, it is far too long for a comment. The following does respond to a comment by the OP to another answer.

Thanks! I've learned a whole lot, although I'm starting to realize the solution might just to get better photographers

It's actually pretty easy to shoot in such a situation. Always save raw data when dealing with such differences in brightness between the brightest whites and the dark black. Manually adjust exposure until the white sheet music on the conductor's stand is just blowing out, as indicated by the "blinkies" on your camera's LCD screen when reviewing the image. Saving raw give you another stop or so of headroom above what the "blinkies" are telling you is overexposed. Everything else you can bring back up when processing the raw.

This one was taken after the conductor's stand was moved for the posed shot at the end of a concert, but exposure was manually set earlier for the tripod mounted camera¹ using the conductor's score for the brightest highlights. 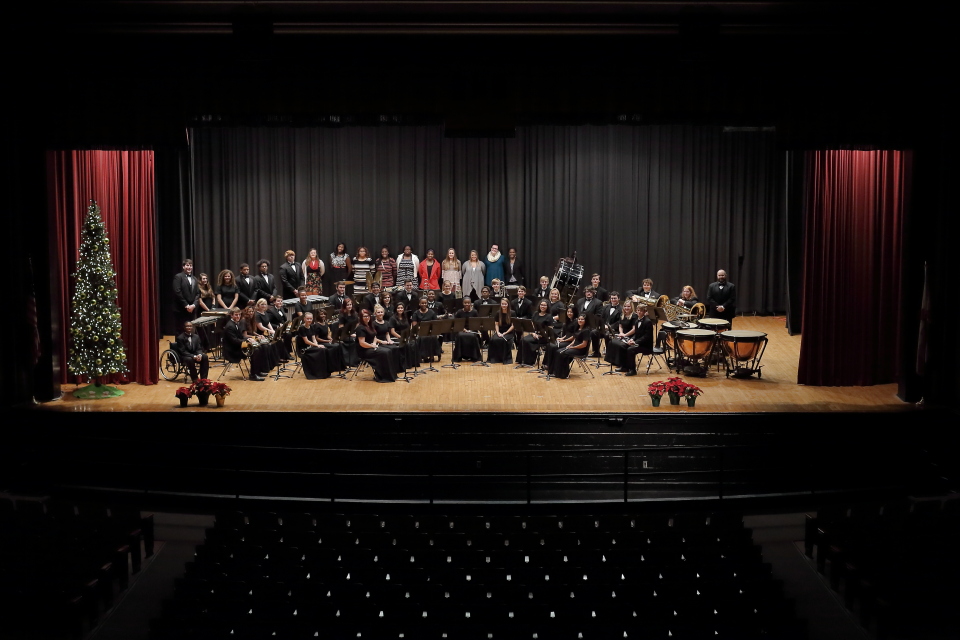 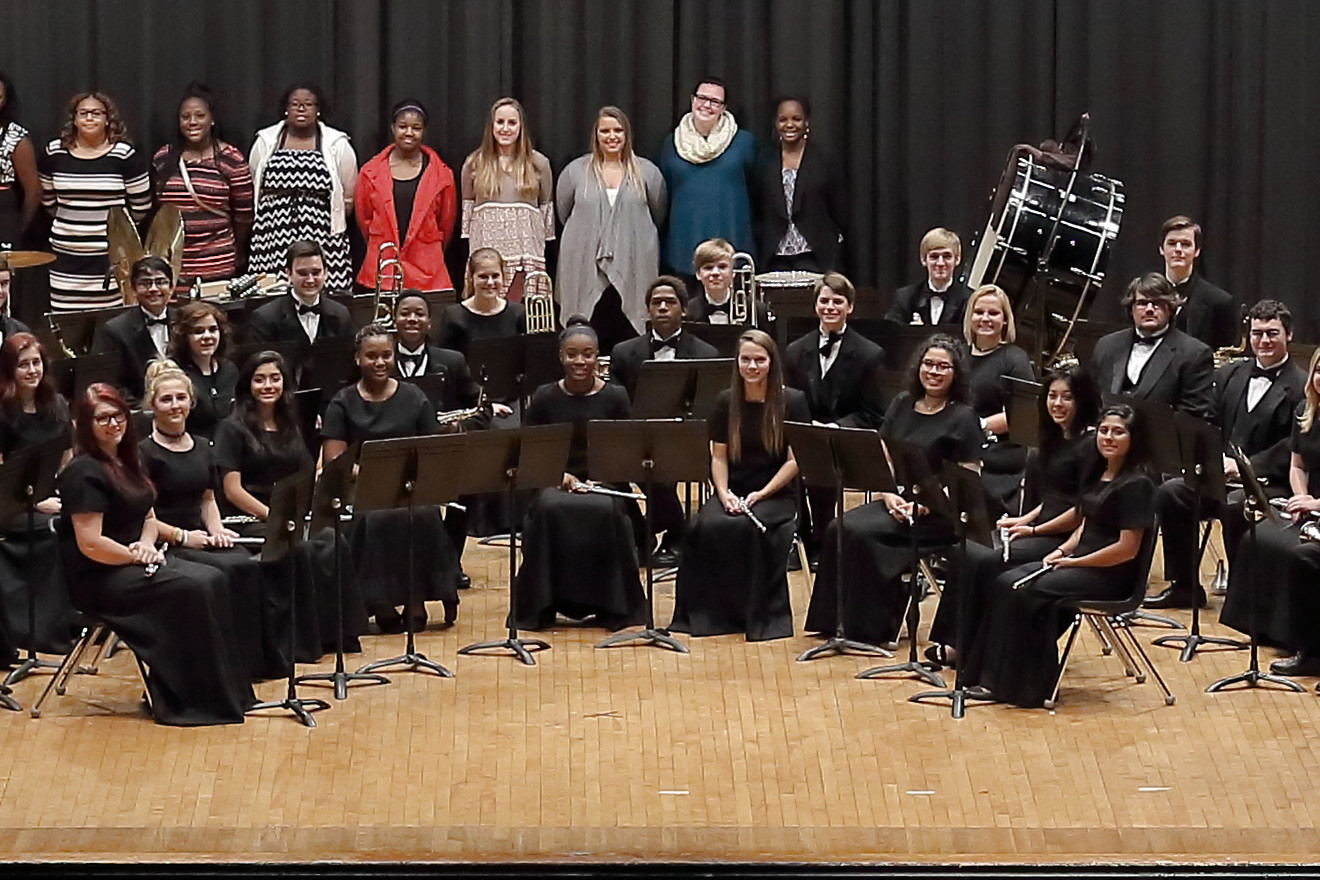 A 100% crop of 1320x880 pixels (displayed inline here at 660x440) from the middle from the above shot. Focus (done manually using 10X magnification on the rear LCD - AF is not accurate enough when you're trying to save light by using an aperture so wide the DoF just barely includes everyone) was aimed at the music stand in the middle of the front row.

Left on an automatic exposure mode, the images above would have been every bit as overexposed as the example in the question. Even when dialing in a stop or so of negative EC, the floorboards are still so blown there is no detail in them.

For even more detailed information on how this image was captured, please see this answer to How can I best take pictures of a choir at a school fundraising dinner? 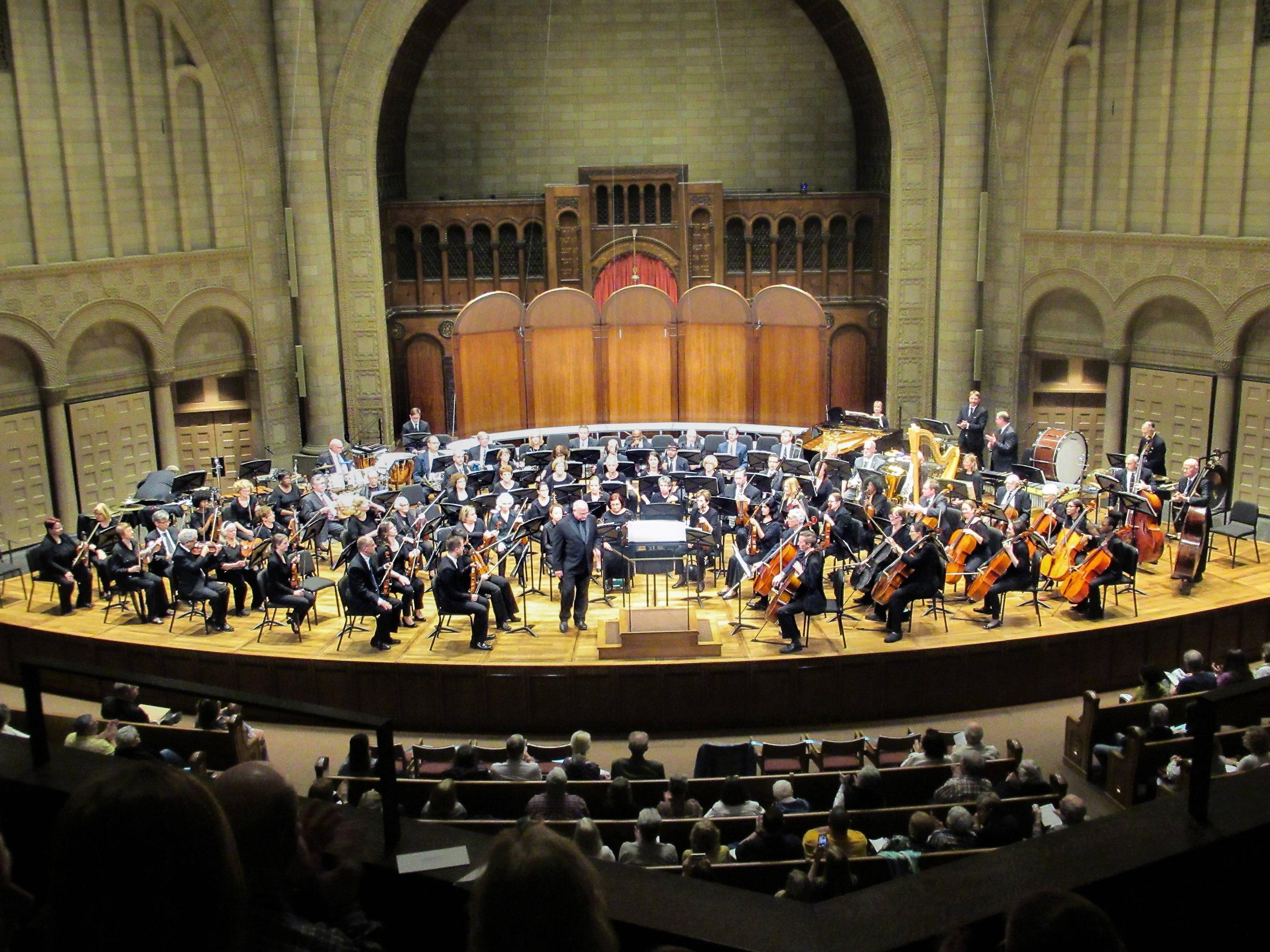 You can use the Camera Raw Filter in photoshop to 'dehaze' most of the problem away. I did this and then masked it only over the orchestra so it wouldn't affect the rest of the image. Then I used curves to lower the pure white from around (not including the blown out stand in the centre). The only way to fix that stand would be to photoshop another photo on top of it (find another shot of a conductors stand - I assume it has the music note paper on it - should be an easy job). I just darkened around it a little bit

Not the answer you're looking for? Browse other questions tagged post-processing photoshop artifacts or ask your own question.

4
Why automatic mode is worse than manual?
10
Why do my photos "glow"?
1
How can I best take pictures of a choir at a school fundraising dinner?

3
How to create a Film Emulsion Border using Photoshop CS?
7
How can I reproduce this effect I created?
2
How do I remove the extra image in this photo?
19
How do I blend multiple photos to remove random people from the background?
2
How can I remove color cast created by a defective scanner?
6
How to remove fog while shooting and during post-processing?
2
How can I remove glare from a picture of a painting in Photoshop?
2
How to properly remove an object that stick out above horizon using Photoshop?
7
What is "veiling glare"? How does it affect my photos, and how can I avoid it?
2
How to 'photoscan' large artwork canvases by combining multiple photos into single high resolution digital image without glare