Is there a way to see CIE 1931 chromaticity diagram in its true color?

As I understand, on ordinary monitor I could only see a subset (e.g. sRGB) of the horseshoe shape of visibile color.

Is there any lab device that could generate all the visible colors and project them onto the CIE 1931 chromaticity diagram? 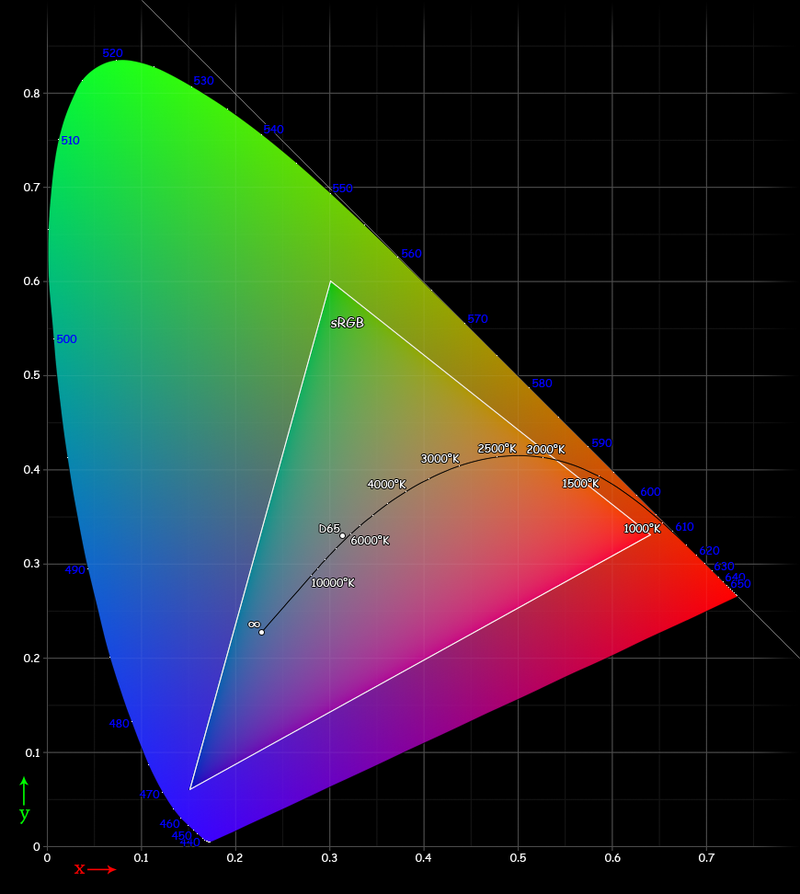 It’s worth noting colored chromaticity diagrams are mostly color for sake of the aesthetics of the diagram only. Any chromaticity coordinate could appear as any color depending on the viewers state of adaptation. For instance, if a viewer were adapted to 550nm (unlikely but theoretically possible), “white” would be on the spectrum locus at 550nm and the vast majority for the diagram would be filled with shades of blue and red.

Regardless, one could easily produce any x,y chromaticity coordinate with just the setup described above.

Not the answer you're looking for? Browse other questions tagged color color-spaces or ask your own question.

3
CIE Chromatic Diagram explanation
0
Color spaces for large prints / and or web
4
Why can I see beyond sRGB in CIE Chromatic Diagram
17
Why don't color spaces use up the entire color spectrum?
1
Inconsistent colors across different apps in windows
4
Is it possible to buy chromaticity-plot color standards? If so, how, and where?
3
Should I use ProPhoto RGB?
2
How do monitor and image editing software color profiles interact?
6
Why are image colors inconsistent in different applications after monitor calibration?
3
How exactly does “lightness” function with regards to the chromaticity diagram?