Amateur here. I have some photos, taken on Canon Powershot S3 IS, quite similar to this one (taken from The Irish Times, File photograph: Bryan O’Brien): 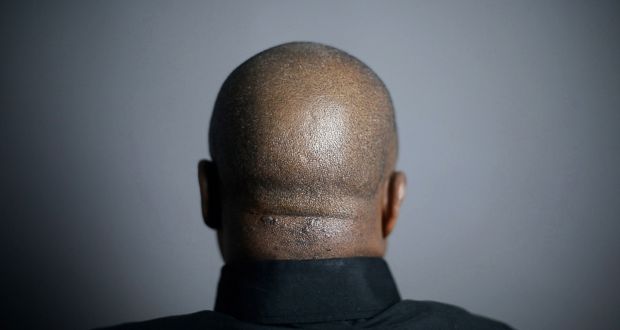 There is an obvious vignetting, as in radial darkening towards the edges - which in my case is not because of the lens, but because I have a relatively small light source on top of the camera, and both the subject and the background wall are relatively close to the camera.

Are there any tools/programs that would help me remove this vignetting (that is, made the image more even in brightness) automatically? I'm mostly interested in Linux tools (I work on Ubuntu 18.04), but it would be good to know what other options are there.

My findings so far:

tca_correct is a command-line tool shipped with hugin that can be used to automatically calculate lens chromatic aberration correction parameters. Ideal sample photos would have a lot of contrast over the entire image area, little saturated colour and no blown highlights.

First calculate some TCA correction parameters for a sample image, notice that I'm only going to bother optimising b and v parameters in the lens correction model, you might get better results with the full abcv set of parameters:

You can now use these with fulla when converting photos from this lens:

... but again, this seems mostly concerned with lens vignetting, while I'd need something to handle the brightness vignetting present on the image due to other factors (e.g. the lighting itself). Also, I've tried it, but it seems to export only the embedded preview in the .DNG as .tif (which in my case is 128x96 pixels!), and not the entire image, so I cannot really tell if it works or not (edit: tried with feeding tca_correct and fulla a .tif image instead of DNG, and it only does some barely visible scaling/lens distortion, nothing noticeable in terms of the brightness gradient)

Flat-field correction is designed to solve this problem. If you have access to the same camera and lens, you can capture the reference image yourself. Use a plain white wall that is evenly illuminated and slightly defocused, not a picture of the same background and lighting as the image you want to process.

Not the answer you're looking for? Browse other questions tagged software-recommendation linux vignetting or ask your own question.

5
How can I avoid vignetting when shooting in raw with a Canon Powershot?
3
How to remove vignetting and color cast from wide angle lens?
1
How can I correct scanned negatives for vignetting caused by a low-end scanner?

4
Which raw processors interpret distortion/CA correction from Micro Four Thirds cameras?
1
How can I get a fade-to-white vignette with Polaroid film?
4
Local version of "White balance" in GIMP to clean up photo of document
1
How can I convert RAW files with proper distortion correction from the command-line?
14
Lens hood visible when shooting in RAW, but not in JPEG
5
How can I avoid vignetting when shooting in raw with a Canon Powershot?
3
Reason for dark areas/vignetting when shooting in bright light
2
Converting adobe lens correction for lensfun / darktable
4
Remove low-frequency background
0
How to make a JPG files DCF compatible? (command line)