Will upgrading from T3i to T7i be a meaningful improvement for low light photography in the jungle of Costa Rica?

I recently got into photography (a few months), I feel I am progressing quickly and have a firm grasp on camera settings, though I am working on experience.

I am getting close, but not quite able yet, to take pictures as good as my phone camera does - Pixel 2 (My phone takes pics in mid to low light of moving animals at ~50 iso, IDK if I can compete with that!)

My main purpose is to be able to take pictures of wildlife (mostly mammals) from a distance. After much reading I am worried that on my trip to Costa Rica, where I keep reading that the jungle canopy leads to necessarily high ISO levels, that my camera will not keep up.

I am currently using an inherited Canon T3i and am thinking of upgrading to a T7i for that reason (higher ISO tolerances), as well as the 16% increased resolution.

I plan on mostly using a 55-250 IS STM lens as well as my "nifty 50". I have a flash with a diffuser and a tripod. I read that spending the money on a lens is likely a better choice, but am wondering due to the low light conditions that in this case I would be better off upgrading the body. I am not too interested in the extra functions etc, just want good pictures that I am not going to regret.

Thanks for the advice!

The improvement you would see in going from a lens with a maximum aperture at 250mm of f/5.6 to one with an aperture of f/2.8 (likely at 200mm) will absolutely dwarf any improvement you see between the low light performance of the T7i vs. the T3i.

The vast majority of the improvement in the sensor used by the Rebel T7i/800D compared to the sensor in the Rebel T3i/600D is in terms of dynamic range at low ISO ranging from about 1.5 stops at ISO 100 to a tad over one-third stop at ISO 400. From ISO 800 and higher, the two sensors perform almost identically in terms of dynamic range and signal-to-noise ratio (SNR or S/N ratio). 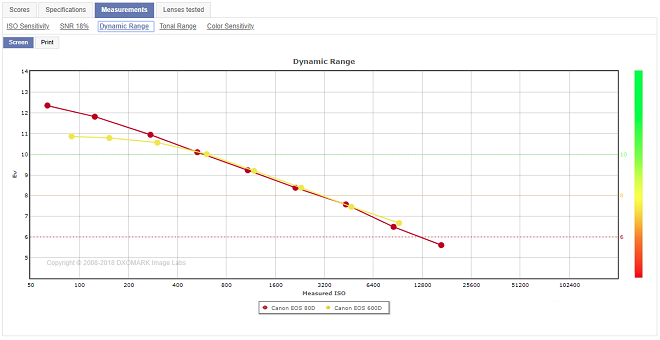 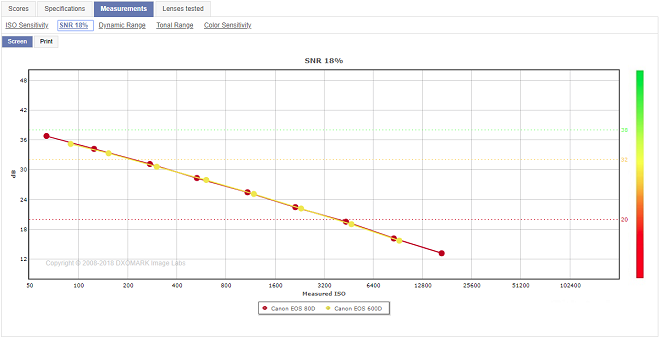 Basically, if you are using ISO 800 or higher, you'll see no difference between your current EOS Rebel T3i/600D and the EOS Rebel T7i/800D in terms of high ISO, low light performance.

That's not to say there aren't other areas where the EOS Rebel T7i/800D is a significant improvement over the EOS Rebel T3i/600DÂą, but low light image quality isn't one of them.

Not the answer you're looking for? Browse other questions tagged equipment-recommendation low-light body amateur or ask your own question.