So I got a film roll developed, Kodak Colorplus 200. The results aren’t what I expected. Most of my pictures are either grainy, overexposed, or underexposed. I thought it was because I shot most of the pictures in low lighting and the ISO wasn’t sufficient enough. Is that it? What causes grains really, and how do you deal with them? 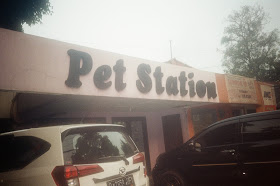 Photographic film is made by coating a light sensitive layer atop a clear plastic support. Graininess is often seen in finished paper prints or when a slide (transparency) is projected on a screen etc. We select slow speed film (low ISO) when possible because slow films show less grain. Thus fast films show more grain. The degree of enlargement is a key factor. Prints 8X10 inch and large, often show grain. This is because 35mm is a miniature format. We enlarger these negatives about 8X or more to get to the 8X10 size. We mitigate grain by switching to a larger format camera and/or use low ISO film.

In the case of color print film, the grain you see is clumping of the dye clouds that make up the color image. Generally, 200 or 400 ISO color film fairs well when producing 8X10 prints. Graininess is increased by over-developing. Improper exposure will shows more grain. Grain is often more prevalent in areas of print that are mundane. We are talking uniform blue sky or any moderate density area that is uniform as to texture. This is because there is no busy patterns that tend to mask a grain pattern.

Again, your best bet, it grain annoys is to use 100 or 200 ISO color print film and expose as correctly as you can. Next roll, try bracketing your exposure. Make a series of exposures, some under some normal, some over exposed. This experiment will help you get a handle on grain.

As Hueco and Alan Marcus describe, grain is an inherent property of film. However, you describe variable print results and underexposures. Since most prints are made digitally, you may be seeing digital noise caused by increased gain, not grain. The obvious solution is to properly expose the film. Consider using a camera with a working light meter. Make sure the camera ISO setting matches the film. If your film is expired, you will need to decrease the ISO or add exposure compensation.

Grain structure is an inherent part of shooting film. In general, lower ISO films have a tighter grain structure, allowing them to "look" smoother than higher ISO films (up to a point, if you're blowing up even an ISO 50 35mm frame to 24x36, you're going to see some grain).

Now, if you think that your image is overly grainy for the ISO that you have or the film type that you shot...that could very well be the case.

A proper exposure is needed along with proper development to minimize the grain size in any particular image. Color negative film (like your Colorplus film) handles overexposure very well - but it suffers from underexposure.

If the camera that you were using doesn't adjust exposure based on available light (many simple point and shoot cameras don't, or have shutter speed minimums that might still be too fast for the lighting conditions) then you are absolutely right in assuming that your film was too slow for your environment. These types of cameras are great for taking snaps - but with the limited ability to set exposure, you really do have to grab the right ISO for the lighting (100 for outdoor, 800 for indoor/dim, and 200 or 400 for level in between). Keep in mind that color negative film tolerates overexposure really, really well - so you want to err on this side.

As for the exposure on the print, keep in mind that the whole roll is being printed by a machine where a single setting was probably applied to the whole role. This means that, if your exposures were not consistent from shot to shot, then you'll have wide variation in your prints. You may want to take the image back to the lab with the negative and ask them to reprint, taking into account the single frame's exposure.

It's impossible to see anything akin to grain on that picture you posted because of its scale, but what can be seen is that is severaly lacking in contrast with a central section getting more light. Assuming that this is not a flash unsuitable for the wide angle you photograph, it may be a street lantern or something.

At any rate, this looks like a seriously underexposed photograph that has been "rescued" in development or enlargement, giving it some net brightness but working with minuscule original contrast/exposure. Grain is always a thing, of course, but underexposure (or rather compensation of underexposure) tends to magnify it.

Not the answer you're looking for? Browse other questions tagged film iso film-grain or ask your own question.

12
Is there a specific color temperature to film?
4
Weird artifacts when using Tmax 100 for black-and-white reversal processing
4
Hold baggage xray scanners - how likely is it my film might have survived?
7
What exactly does it mean to say that a certain film or process 'is tolerant' or 'has latitude'?
3
Is there any distinct difference between using a 35mm camera versus a 35mm instant camera?
15
Why have all negatives been exposed to one frame?
1
Washed out, low contrast pictures on 35mm
1
Film scans came back very blue
3
Why is there a strange tint and grain in my film photos?
3
Why are my recent film photo’s coming back grainy/blurry?