Can you use image-stabilized lenses with dumb adapters?

The lens I am specifically looking to adapt is the Canon EF-S 55-250 STM.

In order to insure the IS lens elements of Canon EF and EF-S lenses is "parked", the IS needs to be turned off while the camera is powered up before the lens is removed from the camera. If the IS element is properly parked before being removed from a camera for which the IS can become active, then there should be no issues caused by a free floating element when the lens is used unpowered via adapter with another camera. 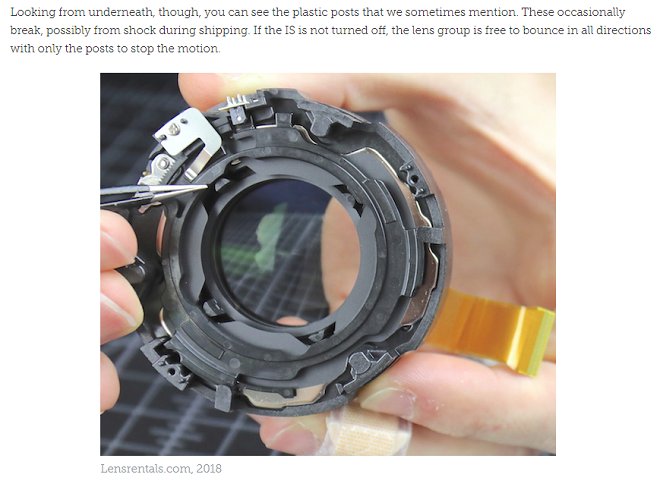 Just because IS is not active and moving the gyros does not mean the IS unit is not free to flop around inside the lens.

You'd be better off with a fully manual lens. There are many manual-focus 70-210mm constant F4 lenses that are quite sharp.

I've used EF/EF-S lenses, including the one you mention, with "dumb" adapters without noticing any particular problems with potentially free-floating elements. However, without electronic control, you cannot stop down the aperture. STM lenses also require power to focus.

Regarding the advice to turn IS off while it is still attached to an approoriate camera, it might be "safer", and it wouldn't hurt. However, whether it is necessary likely depends on the particular lens make and model. Of the multiple EF/EF-S lenses I have, for which I always leave IS turned on, only one (made by Sigma) makes any "rattling" sound when shaken while detached from the camera. Turning IS off on that lens (while it is attached to the camera) makes no difference.

2
Why is there motion blur at the edge of photos?

30
Why there is no image-stabilized Canon 50mm lens?
6
Do adapters exist for old lenses to Canon's DSLR mount?
3
Do lens adapters with mechanical aperture control really work well?
2
Which lenses can I use with adapters on my Sony A-mount body and what are the disadvantages of such adapters?
4
Are there any adapters for using EF lenses on FD mount?
0
Can I use adapters to mount Samyang lenses to my Nikon body?
4
Origin of the sound / noise made by some stabilized lenses?
5
Telephoto lens: is optical stabilization important?
2
What focal-length setting to use for in-body image stabilization with manual zoom lenses?
2
Do mount adapters change the apparent focal lengths of lenses?