What is the relationship between film speed and the ISO setting on my film camera?

What is the relationship between the speed number of the film you put into your film camera and the ISO adjustable setting on the camera itself? Do you put them on the same number or do you adjust them to suit the environment and lighting you're in?

In practice there are times when one might alter the ISO/ASA setting to be different from the loaded film.

Most film manufacturers publish data sheets for each of their films that outline development times for shooting the film at different speeds as well as for developing the film when it is shot at the advertised sensitivity. They also include data regarding exposures longer than about one second (for most films) that are affected by the Schwarzschild effect, also known as reciprocity failure. Each film has different characteristics, and how much compensation must be made for long exposures can vary significantly from one film to the next.

The thing to remember for "pushing" roll film is that the entire roll will be developed at once, so one is committed with shooting the entire roll at a specific ISO/ASA value.

On the other hand, using the ISO/ASA dial for exposure compensation can be done on a per-shot basis. If I take three or four shots of a snow covered landscape, I can increase the exposure so that the camera's meter is not fooled and the white snow doesn't turn out a shade of medium gray, then set the film speed back to its normal setting for subsequent shots taken later under more normal shooting conditions. One must be careful to remember to return the ISO/ASA dial back to the actual speed of the film after taking the shot, though!

Before 135 film started using DX encoding to allow the camera to automatically set the ISO, many 35mm SLRs had a small holder on the back of the film door that was just the right size to hold the square end of a film box. The ends of film boxes almost always had the type of film and speed printed on it. These were often called "film reminders." 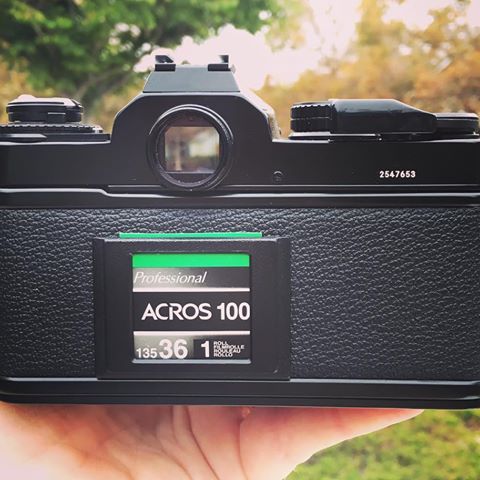 Photographic film speed is a numerical value that reveals its sensitivity to light. The International Organization for Standardization (ISO) is responsible to develop and the publish test methods to be used when assigning the ISO to any particular film. The digital community also allocates ISO values that closely mirror the ISO scheme.

Historically, many methods were used to evaluate photographic film as to its sensitivity to light. Because the various test methods used different criteria, different values were often published for the same material. Soon individual countries assigned this task to their Bureau of Standards. We had ASA, American Standards Association, BSA, British Standard Association, DIN, Deutscher Normenausschuß (Germany), GOST, Former Soviet Union and others.

The ISO published value is certainly the setting you should use unless in so doing, substandard results occur. In which case, your remedy will be trial-and-error to discover a revised value that works for you, i.e. specific for your equipment and/or methods of operation.

Why the ISO might need tweaking? Your camera’s shutter speed values or aperture settings (f-numbers) might be off calibration. The light measuring system used (light meter) may also be in need of calibration. The method used to develop film might alter its sensitivity to light. The light sources and/or ambient light might be different as to frequencies (colors) from the test methods used, thus altering the sensitivity of the exposing material.

There are a myriad of possibilities that can alter the published ISO and render it invalid. If you consistently experience substandard results, then it would be wise to apply a correction. Your camera likely provides for this by simply making a + or – adjustment using the exposure compensation dial.

With film, it's all about density - specifically, an optimally dense negative that contains the perfect clumping of grains so as to maintain shadow detail and highlight detail. If you've ever severely underexposed and underdeveloped a negative, you'd describe it as "thin". Your shadow detail suffers and if you're printing in a traditional darkroom, you may find that your print exposures are too short even at lower f/stops.

The opposite is too dense, or blocked. This is when you are so overexposed that the grains in the negative reveal no highlight detail whatsoever.

Now, who determines optimal density? The people that made your film, according to the ISO standards. If they say that your film is ISO100, then a perfectly captured exposure using ISO100 in camera and following the manufacture recommendation for development will yield an optimally dense negative.

Now, why would you change the camera setting to not be what the film is? For critical film work, we test a roll within a brick (one roll among many in the same manufacturing set) at different ISO's, usually a stop or two below box speed and then every third stop up to and over box speed. What I've found is that it is not uncommon to find that the optimal speed may actually be 2/3 or 1/2 stop below the box speed.

Optimal density - that's one reason. Pushing or Pulling are others. As Michael C noted, also a "hack" to treat ISO as Exposure Compensation on cameras that don't have a dedicated EC. And finally, the worst reason of all: you forgot to update it when you swapped films.

Don't do that last one.

ISO refers to the International Organization for Standardization. ISO produces standards for many things, so that different manufacturers can produce products that work together. One example is screws: a 10-24 nut from one manufacturer will fit a 10-24 machine screw from any other manufacturer.

In photography there's an ISO standard for film speeds. Film that is rated ISO 100 will be exposed correctly when you set your exposure meter for ISO 100.

Same thing for digital: ISO speed describes how fast the sensor is. You set your meter for the ISO speed that you're using and the meter figures out the right exposure.

Either way, photographing a scene with film or sensor set at the same ISO speed will give you the same combinations of aperture and exposure time. If a film camera with ISO 100 film produces a good image at f/8 and 1/250 sec., so will a digital camera set for ISO 100.

The big difference between digital and film is that a digital camera can vary the ISO speed that it uses, while film can't. So if a scene is really dark, it might not be possible to photograph it with slow film; there just isn't enough light, and you would have to change to faster film. A digital camera can do that change automatically, boosting the ISO speed that it's using in order to get an image.

Not the answer you're looking for? Browse other questions tagged exposure film camera-settings iso or ask your own question.

16
Do I have to shoot a whole film roll on the same ISO?
28
Why are these film photos brighter than digital photos taken at the same time with the same settings?
13
Will metering from a DSLR apply to a film SLR?
3
How do I figure out what ISO to use when shooting film?
3
What is DX film encoding?