Are there any lens hoods with zoom-moveable petals?

On a wide angle lens hood petals should be open wide enough not to obscure field of view; on a telephoto lens narrow petals would block sun better if shooting close to the sun. I imagine it would be useful on a zoom lens to have a hood with petals that could move wider when zooming out and narrower when zooming in. Does anybody manufacture something like that?

There are a few zoom lenses that effectively do what you envision, but it is not due to movements of the hood. Rather, it is due to a retrofocus design that extends the lens barrel fully at the widest focal length and retracts the lens barrel fully at the longest focal length. The hood, rather than being attached to the front barrel that extends and retracts, is attached to the main barrel that remains stationary. 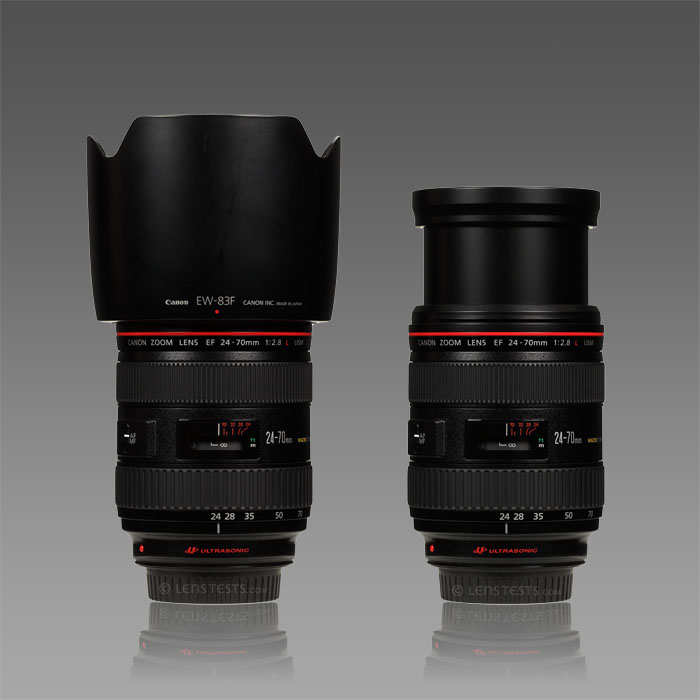 With the lens set at 24mm, the front element is extended almost to the end of the hood attached to the main barrel. This gives wide angle coverage with the hood. 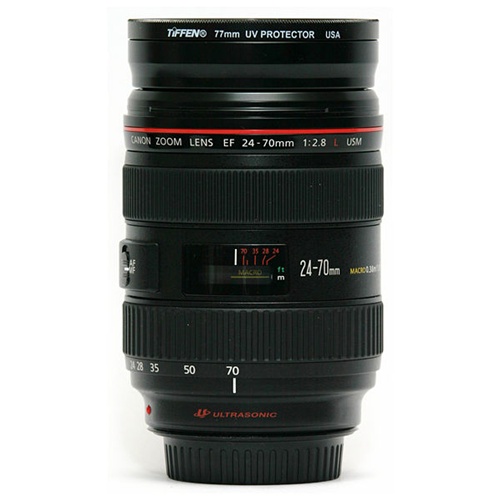 With the lens set to 70mm, the front element is retracted all of the way into the main barrel. If the hood were in place, this would give much narrower angle coverage with the same hood. Notice that the attachment tabs for the hood are on the main barrel, rather than the inner barrel that extends.

The Zoom Nikkor AF 35-70mm f/2.8D had a similar optical design. The lens was at 35mm fully extended and 70mm fully retracted. But the push-pull zoom action that Nikon gave the lens prevented the hood from being attached to the main barrel. As a result, the hood was a thin ring attached to the moving front of the lens that was hardly worth the trouble. 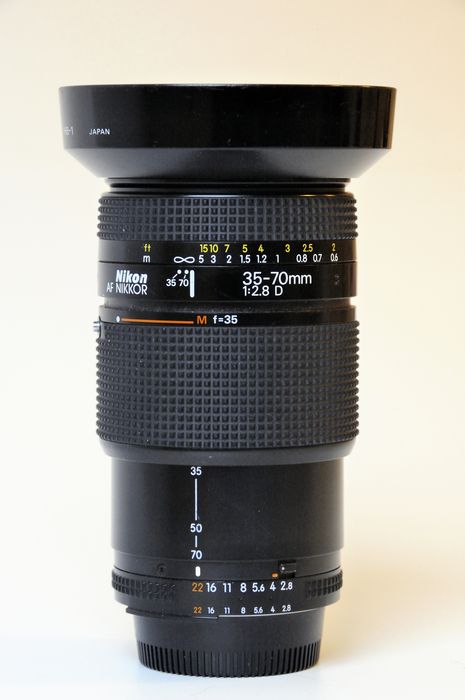 No. There are several (probable) reasons why they don't exist

Now, to get similar functionality, without being strictly a variable-petal hood, there are a couple options:

Not the answer you're looking for? Browse other questions tagged zoom lens-hood or ask your own question.

38
Why are some lens hoods petal shaped and others not?
1
Why are tulip lens hoods more expensive than cup lens hoods?
2
Does a lens exist that is parfocal, has a linear zoom throw, and is affordable?
5
Why do zooms have small apertures even around 50mm?
1
Why are lens hoods rectangular for professional videocameras, and why not for DSLRs?
1
compatibility of lens hoods and lens filters with step up ring
0
How important are lens hoods on ultra wide zoom lenses?
7
Are lens hoods a must?