I'll instantiate with portraits of these US Supreme Court justices: 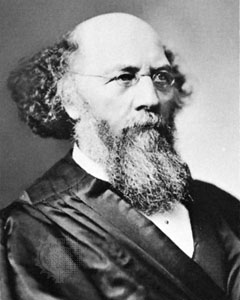 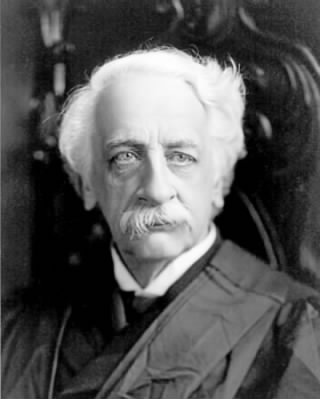 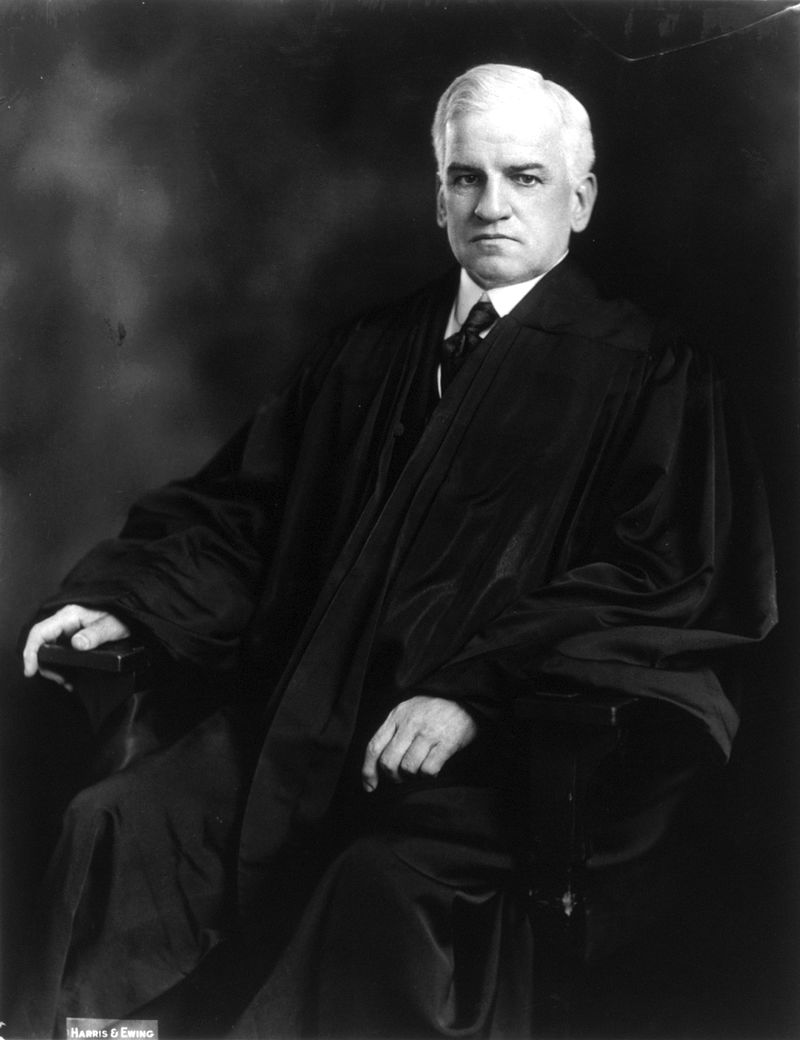 If we remove emotive terms such as 'godlike' & replace them with more simple 'unsmiling' 'authoritative', or just 'serious' then we have a place to start.

Portraits of important people used to take days or weeks; the subject sitting for hours at least through the sketch stages, then perhaps returning later so the painter could check some details before presenting the final result to the subject/commissioner.
People having portraits done did not smile, they wanted their image hanging on the wall for 'eternity' impressing all who cast their eye upon it.

With that already solemn view of portraiture, add a technological issue when photography was in its infancy. The first daguerrotype images took 8 hours' exposure. Even though that was reasonably quickly reduced to a mere 15 minutes, you can imagine the difficulty in having someone retain a fixed smile for that time...
They would either look like some mad fixed-stare axe murderer - or move, change expression, try again... the result would be a blur.

So, it was decided that even for technical reasons, it would be better to have the subject maintain a relaxed expression - no smiling. They often had head or neck restraints to assist them in keeping still.
There's even the additional issue that most people's teeth in those days were probably not best on permanent display. Dental hygiene was almost non-existent, even for the rich. Teeth would not be as white & shiny as you'd expect in this day & age... not a good look if you want to look impressive down the annals of time.

That brings you to a series of serious unsmiling lawyers, trying to look authoritative for 15 minutes - the very definition of po-faced.
So really, the reasoning is both cultural & technological.

To add to what Tetsujin wrote, early photographers found inspiration in lighting from the great painters of the past. (Any photographer looking to shoot portraits should honestly study the great painters as well) There are a lot of great portrait shooters today, but there are also a lot of crappy shooters as well that don't know a lumen from a llama. Those old portraits generally have good lighting and technique.

These were all shot using a large format camera. Probably 4x5 or larger. The larger negative allows for more tonal gradations, creating a certain depth or look that is difficult to achieve with smaller formats.

Additionally, the large format camera is capable of tilting both the lens plane and/or film in addition to shifting either as well. Smaller formats can do this if one uses a Tilt/Shift lens, but with large format, it's a built in feature. This allows for changing the plane of focus. The first and second photos have sharp faces and a starting to blur torso. The third has a sharp face and forward hand, while the rear hand is blurring. This is accomplished by changing the plane of focus. (Without a tilt shift, if given two points in a photo that are both sharp, we would expect any point in between those two to also be sharp.)

All of these things help add to "the look" of those older portraits. You could very easily recreate the style by copying the lighting, using a 4x5 camera, your black and white film of choice, and learning about tilt/shift.

Not the answer you're looking for? Browse other questions tagged portrait or ask your own question.

24
What goes into making smooth, crisp, fashion magazine worthy shots?
4
What lens should I get with a Canon 7D for portrait use?
3
Broad and short lighting: is one more flattering for female portraits? for male?
0
Is the wide aperture and bokeh of a 50mm prime more important than getting to the 70-90mm range for portraits?
1
Why are some portraits so sharp and others not
7
What types of portrait styles are available to obscure a person's likeness?
5
Advice for transitioning from landscape nature photography to portraits
13
Which color filter do I use for a black & white portrait?
15
How to decide whether a portrait should be in color or black and white?