Why have all negatives been exposed to one frame?

I recently shot a roll of kodak 200 (36 exposures) and got them developed on the high street and all 36 shots have been exposed onto one frame, shown on the attached image; all other 35 frames are blank. What could have caused this? I loaded and unloaded the film as usual but am using a borrowed K1000. This isn't the first time this has happened so could really do with some ideas as to why this happens. 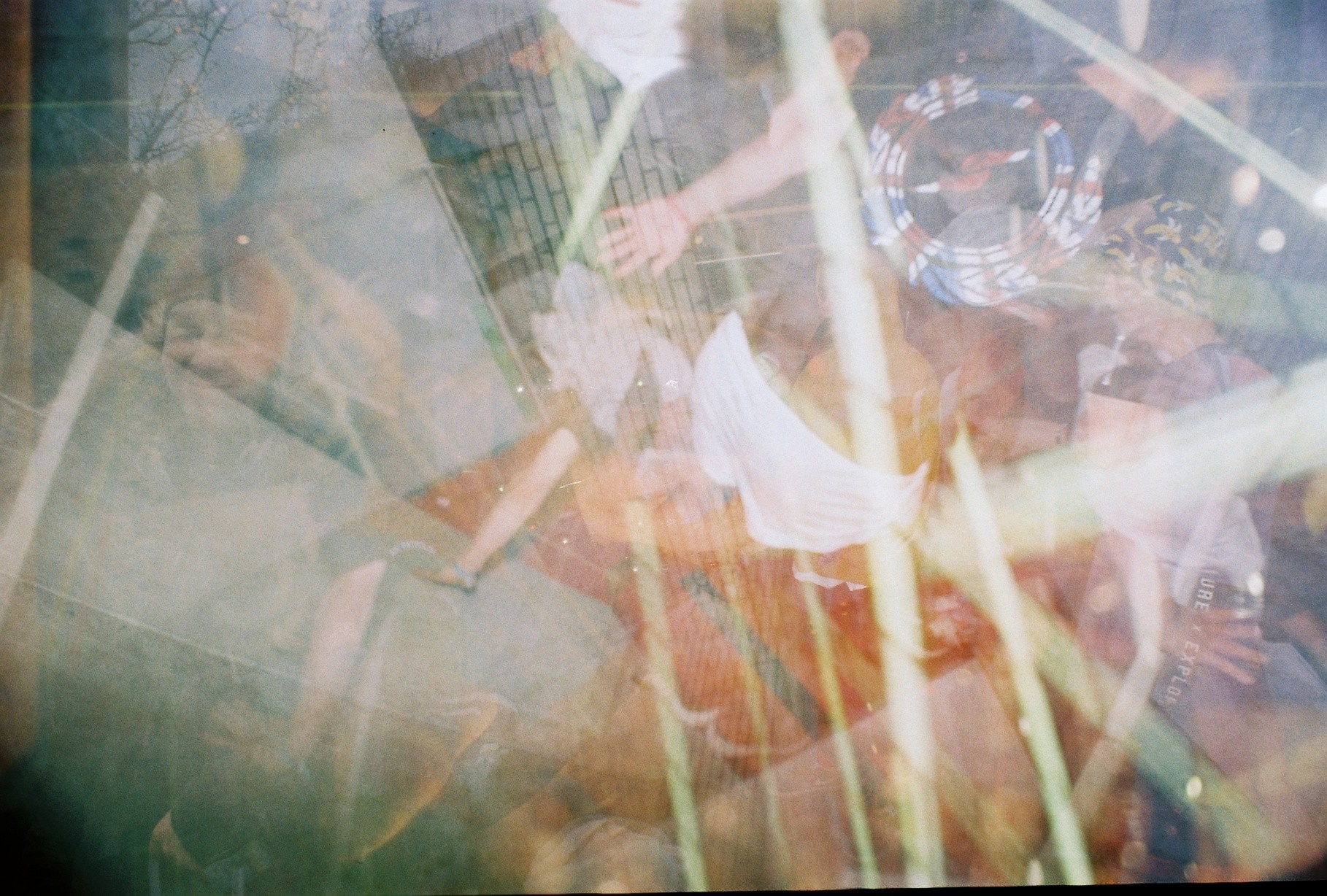 Well, it seems obvious that the film did not advance between shots. Whether that's because of user error (film not installed right so it didn't catch on the advancing mechanism) or a hardware issue with the advance mechanism not working properly can't really be determined without more information and/or inspection of the camera...

Try taking a couple shots with the back open and no film in, and watch the takeup spool when you operate the film advance lever to see if it looks to be operating correctly. Assuming that particular model allows that, anyway - might need to locate and defeat a microswitch or two to make the camera think the back is closed and/or there's film installed. I'm not familiar with that model, so I don't know...

Doing double exposures with the k1000 requires that you cock the shutter using the lever while simultaneously holding down the release on the camera bottom. This allows the shutter to cock while not advancing the film.

Check to make sure that this release button isn’t sticking in.

Like twalberg says, it seems obvious that the film did not advance between shots.

A couple of other things to check:

When you cock the shutter/advance the film, the rewind knob should spin as it is unwinding film.

Not the answer you're looking for? Browse other questions tagged film troubleshooting pentax 35mm pentax-k1000 or ask your own question.

2
Why did my whole roll of film shot with my Olympus Infinity Zoom come out blank?
2
Why did only the last picture I took actually come out when developing a 35mm film roll?
22
How did my negatives end up upside down and backwards?
8
Why did my developed photos come back blue outdoors (and fine indoors)?
12
Two films in a tank, only one comes out with a development error – why?
4
Developing Problems, maybe with JOBO developing tank?
5
My negative is completely black and opaque — is this a camera problem, my mistake, or the lab's?
1
Film scans came back very blue
9
Developed film has dark/bright wavy line spanning across entire film
2
Why is my colour film developing leaving my film looking purple/giving blue tints to the photos?