Why is far depth of field larger than near?

I just read this article which sounds quite sane.

However, the article states (and backs it up with the diagram below) that the size of the smallest object that will be clearly resolved in your image is the same on either side of the point of exact focus which seems reasonable.

However we know that the far and near depth of field are not of the same length. I am struggling to reconcile why that is.

Can you please explain? 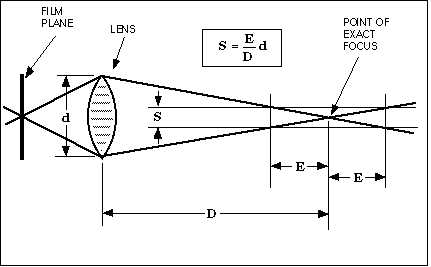 An object of size S at the far end (D+E) appears smaller on the film plane than an equal-sized one at the near end (D-E).

So the film-plane blur-blob of the far object is smaller than the near-object one, making it appear sharper, and meaning that (based on the film-plane blob size) you can go further out until you reach the same level of blur.

With short focus distances, it's close to symmetric. The further you go to infinity, the more asymmetric the range becomes.