New to photography and looking to use the yn685n on my Nikon D810. I am looking to use 3 yn685n but would love to have one on camera and 2 on lightstands.

I have the 622n-tx and understand that it needs to be on the hot shoe to set off the 685. I need my on camera flash to be a different power than the ones on the light stand.

Has anyone ever used a hot shoe splitter? I’m trying to figure out creative ways to do this. Any help would be appreciated.

The fill light is about 1 EV less bright (lighting ratio on the subject), and frontal, meaning as near the lens axis as possible (to fill the exact shadows that the lens sees without making another set of shadows). One flash on the hot shoe can do that. Larger lights (umbrellas) are of course softer, but soft is not an issue for a flat frontal light that does not make shadows (on the face... if near the lens axis, then any shadow behind should be hidden behind the subject).

The third light can be behind subject on the background, or can be a hair light.

My site has a page that might clarify, at https://www.scantips.com/lights/setup/

There are at least three options from within the YN622 system that should work for what you wish to do:

Rather than using a YN622N-TX, you can use a YN-622N II. You give up the LCD screen that makes it easier to see what your settings are, but you gain a hot shoe on top of the YN-622N II to which you can attach a YN685N. 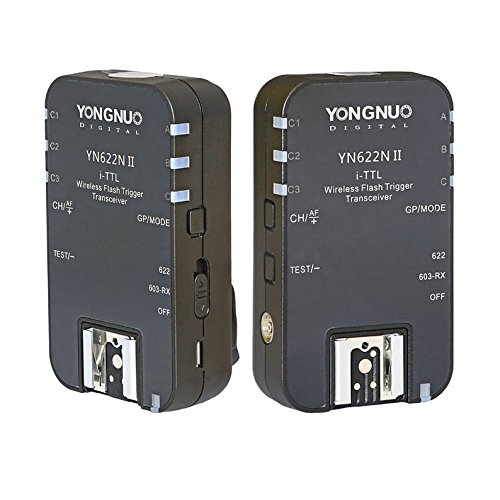 There will be slight differences between the Canon and Nikon implementations (I'm primarily a Canon shooter) so I can't be as precise as I'd like to be about the capabilities of a YN685N stacked on top of a YN622N II. If your D810 allowed controlling multiple flashes from the camera's internal menu (like most post 2009 Canon bodies do), then you wouldn't miss the LCD screen on the YN622N-TX near as much. Since Nikon does not provide that option, Yongnuo has included a limited "display capability" when a YN685N is placed on top of a YN622N II. From Flash Havoc's announcement regarding the YN622N:

At the time of writing this update (August 2016) the YongNuo YN685 N flash provides an “Extended Display Mode”, when used with the YN-622N II as transmitter.

You could also upgrade the on-camera flash to a YN968N, which does provide direct radio control of multiple off-camera Yongnuo 622 flashes and receivers, including the YN685N, from the control panel of the YN968N. 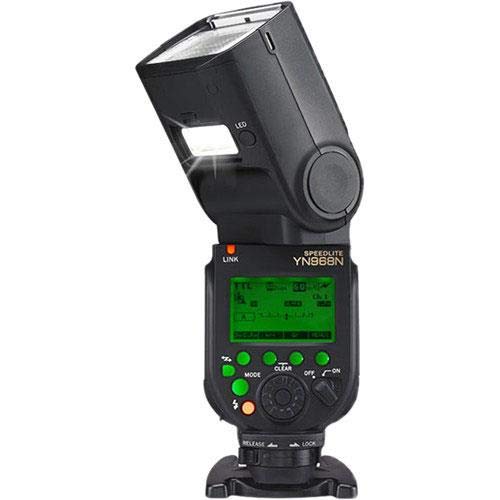 This would eliminate the need for a separate radio transmitter altogether. If you're going to be shooting weddings with Yongnuo flashes, it's always a good idea to have a spare available. So you need another flash anyway.

Based on the comments you made to another answer, you could also use a flash bracket attached to your camera to mount the third YN685N and control it wirelessly from the YN622N-TX.

They come in various flavors from very cheap 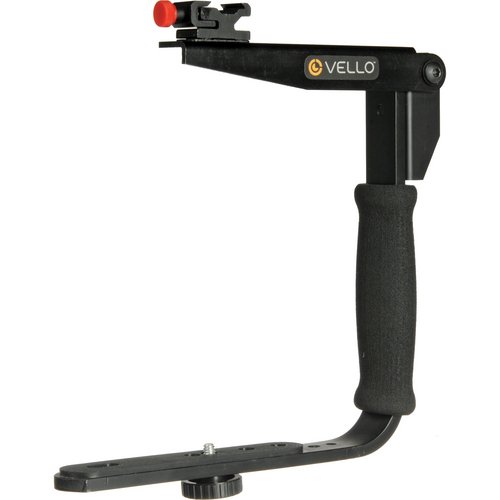 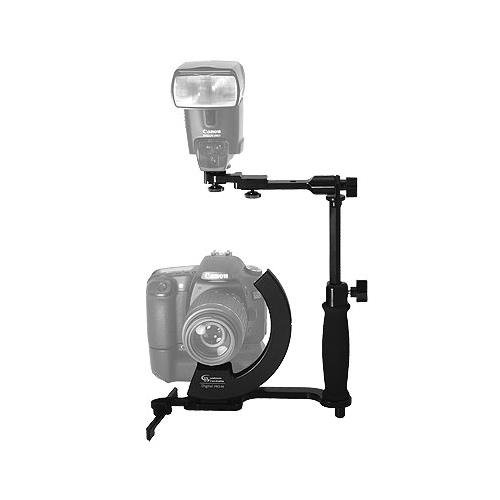 Be sure you have the latest versions of the YN685N and YN622N-TX, as I seem to recall that there were issues with some Yongnuo flashes being too close to Yongnuo transmitters at one time.

If you haven't yet purchased the Yongnuo transmitter/speedlights, and are simply trying to visualize how to get this kind of three light setup to work, I'd say the answer is not to get Yongnuo gear, but to look at the Godox system.

In this system the TTL speedlights, the TT685 and V860II both have built-in radio transceivers. If you buy three of them, one can be used on-camera as both a speedlight and as the radio transmitter to the other two as off-camera radio slaves, without the need to purchase any additional triggers.

There are two additional advantages you'd have with the Godox gear. The first is that the TT685/V860II can do cross-brand TTL as radio slaves. That is, if you have a camera-system appropriate Godox transmitter, you could fire a TT685-N/V860II-N (the Nikon versions) in TTL/HSS/with remote power control from a Canon, Sony, Fuji, µ4/3, or Pentax camera. So, if you switch systems, add mirrorless, or need to share lights with a non-Nikon shooter, all you have to purchase is the correct on-camera transmitter unit. Secondly, the Godox system also includes a lot more options aside from just speedlights: Godox's bare bulb flashes and studio strobes also use the same triggering system, so the expansion options are much better than with Yongnuo, where TTL/HSS support is only for Canon or Nikon, but none of the gear supports both. And there are really only speedlights in the system.

If you already have the Yongnuo gear and aren't willing to swap it out for a Godox setup, then using a YN-622 transceiver sandwiched between the speedlight and the camera hotshoe to act as your on-camera transmitter unit would work, as would getting the YN-968N, which has a built in YN-622 transceiver.

0
Is it common for Yongnuo flashes to overheat and stop working?