I'm looking for a new dSLR with WiFi (or build-in WiFi, can't tell if there's a difference) to connect the camera to a WiFi with internet in order to upload photos to the cloud while shooting.

The WiFi feature is usually presented as a "hotspot" for the camera, which means that I can connect my computer/smartphone to the camera and transfer media from the camera to the computer. 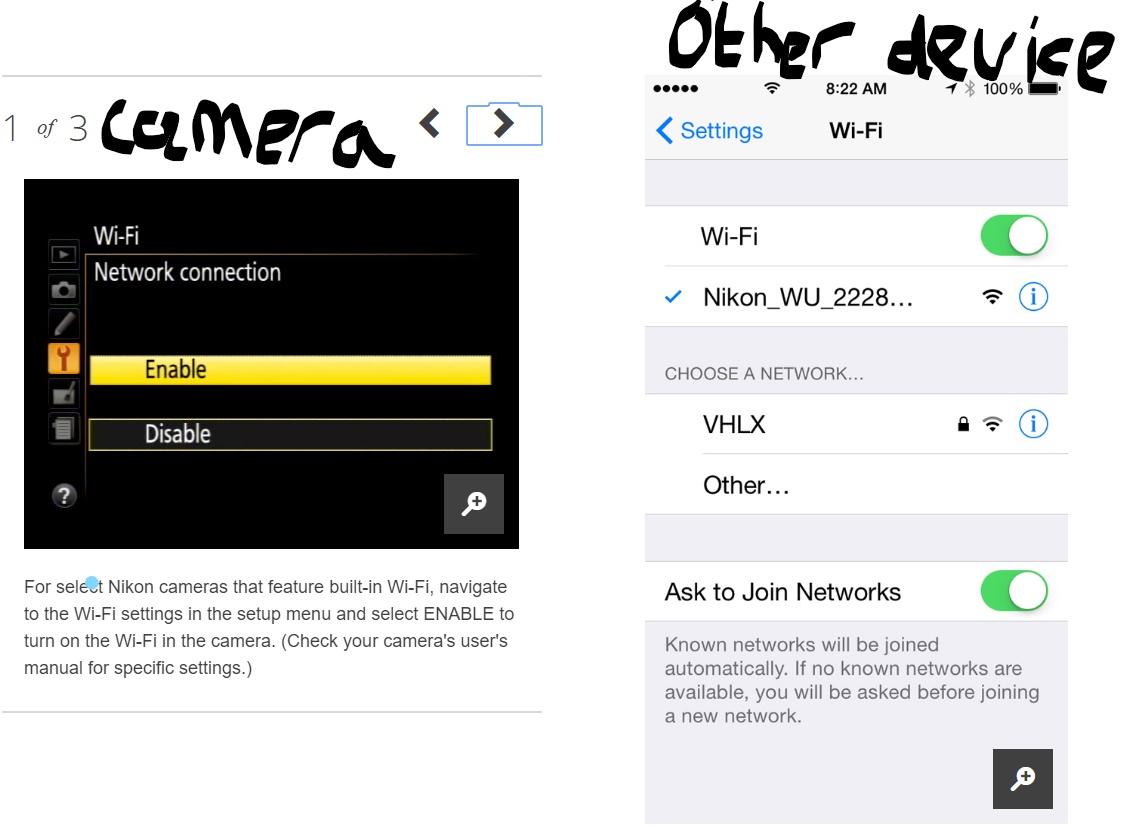 but what if I what to connect my camera to a WiFi (with internet) and not the other way around? 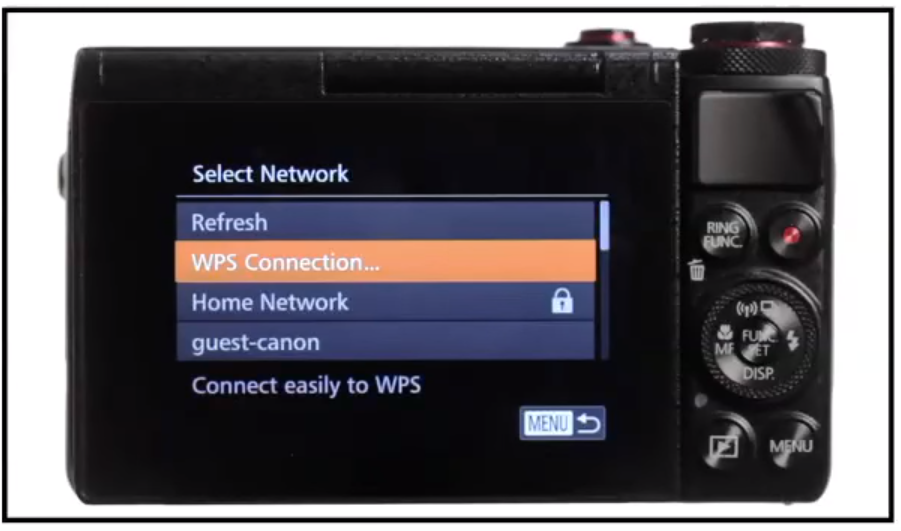 does that always included when the camera has a build in WiFi or is that a specific feature?

but what if I what to connect my camera to a WiFi (with internet) and not the other way around?

Unfortunately, almost no cameras with Wifi work this way. Their target is not a managed, expert-level workflow. They are made for people to quickly transfer files to their phones in the field. As such, they generally all work as access points using a proprietary transfer method in conjunction with a proprietary app.

I have a Canon 80D that has wifi built-in. I can set the camera up as a wifi hotspot, as you did with your Nikon in the screenshots, or I can connect the camera to a wifi network.

When my camera is connected to wifi, I can upload to Flickr, Twitter, or Canon's proprietary cloud service. I can also connect to the camera with my computer or phone through wifi and save directly to those devices. The other nice feature of a wifi-enabled camera is I can use my phone or computer as a remote control (The same goes for when I'm connected to the camera as a hotspot).

There are other options for wifi, like connecting to a printer, but those options don't seem to align with any of the needs you listed.

Generally cameras with wifi are made in the "hotspot" way because you may not have access to your own wifi everywhere you're shooting but if the hotspot is made from the camera, you can wander around with the wifi connected to your other devices.

You can do it with a Canon 6D. Mine allows uploading directly to some social networks, incluiding flickr and twitter I think. I tested years ago and it worked although it was kind of slow and only by choosing which image to upload each time.

As long as I know, professional cameras as Nikon D4 can be linked to FTS networks, but maybe there's some more budget friendly options.

Yes, apparently for some Canon cameras:

I've done a little bit of research and I have found out that Canon cameras with built-in WiF seem to support something called "Canon Image Gateway" that allows a camera to attach to a WiFi network and send images to Canon's online storage and sharing service. The service can then send images along to other services, including Facebook, Twitter, YouTube, Flickr, Google Drive, and Irsta. The services have to be setup on the user's Canon Image Gateway account, but then can be selected in camera. It appears that this can be made an automatic process, but the process of setting it up may be a little involved, maybe fragile.

The name Canon Image Gateway is a little confusing, as Canon uses the same name for their mobile device software. They also don't seem to have a simple list of compatible cameras, and not 100% of the WiFi cameras support all of the features.

I didn't have time to look at other camera manufacturers, but I know that Nikon either supports "SnapBridge" which works through the user's mobile device or -- when using some of the WiFi adaptors -- FTP connections.

It would be interesting to heard about similar options for other camera brands.

Not the answer you're looking for? Browse other questions tagged dslr wifi or ask your own question.

5
How to reset Canon 70D WiFi?
4
Canon Software: Live Internet Connection for WiFi-based Transfer?
1
How can I directly browse or transfer pictures from iOS without using the Nikon Wireless Mobile Utility app?
2
How do I maintain a Canon dSLR/phone wi-fi connection when I change shooting modes?
2
Can't connect Canon 70D to Android smartphone
1
Is a WU-1a WiFi adapter secure?
1
Slow WiFi Direct connection between Samsung WB250F camera and smartphone
3
Can the Canon 6D connect to a phone's WIFI hotspot and talk to the Canon app on that phone?
0
Although I choose to auto-connect, Android Smartphone keeps refusing DSLR's wifi, as no internet found