Is it possible to do darkroom contact prints from a high-ppi phone or tablet?

Basically just the way it sounds - you put a tablet or a phone displaying (the negative of) your photo on top of a photo paper for a certain duration and then develop the print as if exposed by an enlarger. Will this work ? Will the pixels be visible ? Will the thickness of the screen glass prevent the image from being in focus ? Will the later actually cancel out the former ?

Will the pixels be visible ? Will the thickness of the screen glass prevent the image from being in focus ?

Some resin-based 3D printers work on a similar principle: an LCD monitor mounted under the transparent bottom of a tank holding light-sensitive resin exposes the resin and causes it to solidify. There's no doubt that you could make a contact print by placing your phone or tablet on a sheet of photo paper to expose it; what's unknown is what kind of quality you can expect.

You've already identified one problem, which is the separation between the surface of the display and the paper that is caused by the device's glass cover. Devices vary in the thickness of that cover glass, though, so some may work better than others.

Important: Remember that you're working with a negative process here... if you're making a black and white print, for example, the regions that are exposed to light will turn black. That means that you need a negative image in order to produce a positive print. You might be able to get something workable by using a feature on your phone that inverts the display (iOS supports this under the Accessibility options), but keep in mind that that feature is meant as an accommodation for a disability and it might or might not work well for printing photos. An app built for this purpose would be a better plan.

The nearest experience that I have with this idea is this Fuji Instax Printer. I think it's a good stand in as the resolution is alright.

And here's the Instax version:

The increase in warmth and contrast is probably due to the Instax film's properties over the screen. But, there's a visible decrease in sharpness, especially in the little details. Using a phone or tablet as a contact print, I imagine that photo paper will hold up relatively well - but a slight decrease in overall sharpness will probably be there.

As another option, you might explore printing your digital images on transparency paper and contact printing that instead.

I've gone through this.

It is possible -- the images will be way to soft because of the thickness of the glass.

It is also possible to put your phone into an enlarger that can enlarge 6x7 or 4x5 negatives. The phone becomes the light source, generally you have to crank up the brightness. There are straight forward ways to convert your screen to a "negative". Orientation will be reversed because it is going through a lens. You will be able to see the individual RGB pixels.

I made this project with a monochrome LCD and classical darkroom projector. The same way we make contact sheets, so there is no focus issue. I had to expose the different shades of gray with different timings (similar to 3D resin printer), instead of using the LCD grayscale. 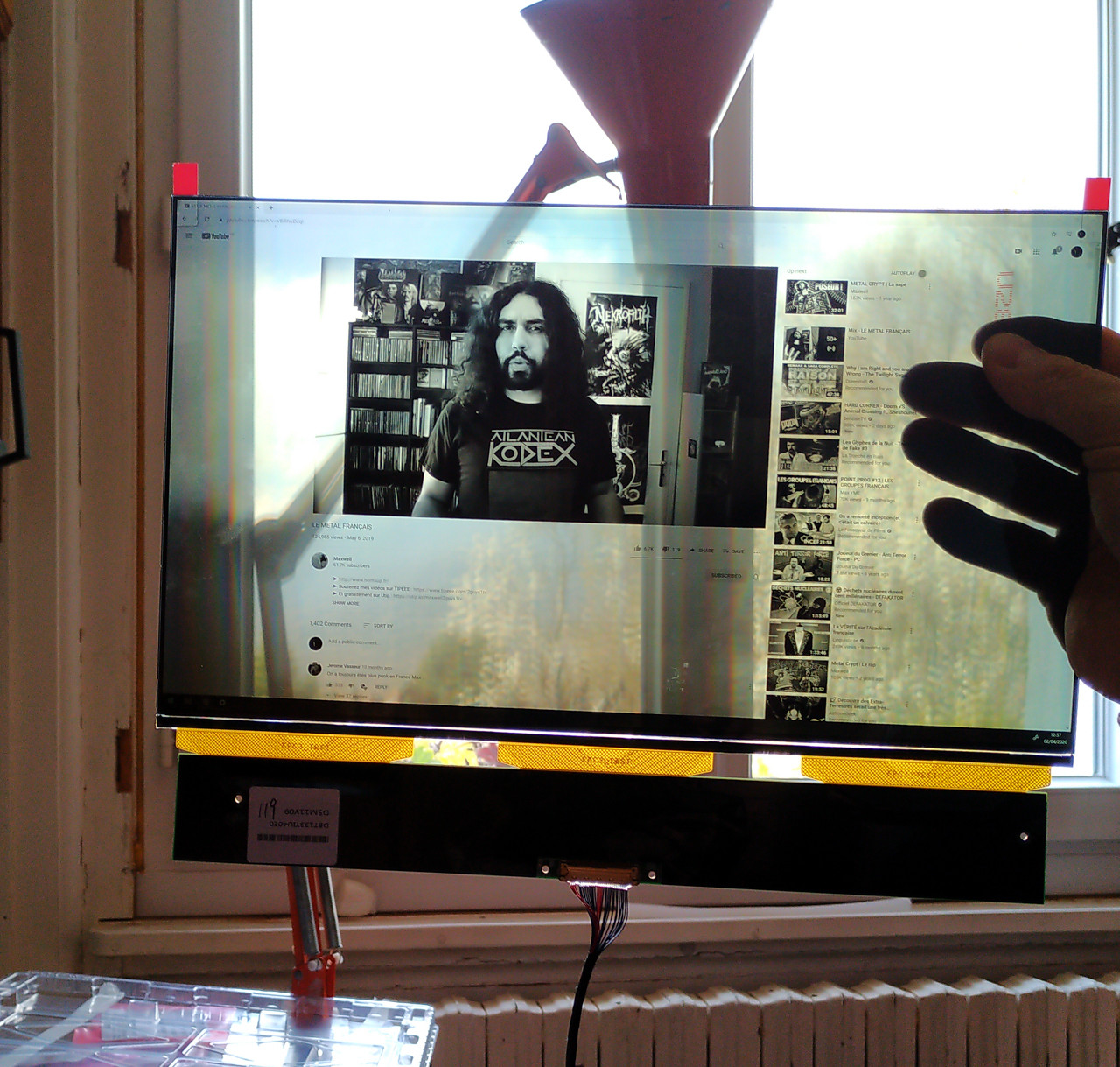 I got a reasonably good calibration, and quite nice results. Almost comparable to a print you can get with online service. However the B&W paper has true blacks and no risks of color miss calibration. 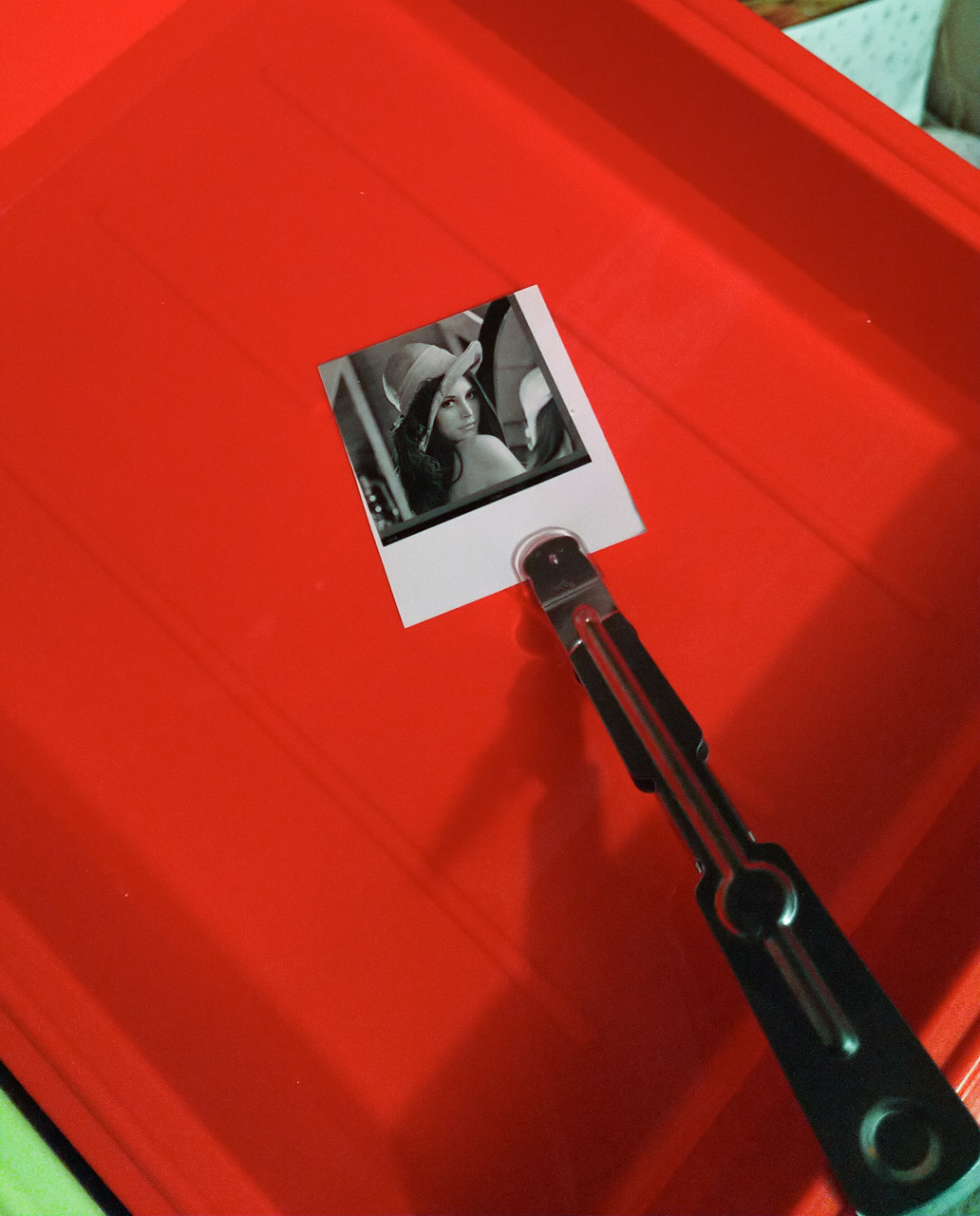 Is printing possible? Yes, if you define success as light and dark areas appearing on your paper.

Will the result be comparable to a regular print? No, it will be clearly inferior.

The exact details will depend on process used, as many alt-processes depend on invisible (UV) light and phones & tablets are optimized for human use and thus visible light.

To illustrate the idea: it is possible to prepare sensitive materials for Cyanotype proces (the most beginner friendly, and thus common, alt-process) under a regular light bulb, because it does not emit UV, and expose them under sunlight, which contains UV.

An idea you may wish to explore instead is printing your image onto a transparency foil - the kind formerly used in overhead projectors, positively ancient technology now but the foils are still sold, and can be used in laser or inkjet printers - and use this in the place of a large format negative.

Not the answer you're looking for? Browse other questions tagged printing darkroom alt-process or ask your own question.

1
How to get back from a print to an image file
1
Are there advantages to scanning film for prints aside from increased control over the image?
6
How to make color darkroom prints?
0
Why did LR6 soft proofing thought some colors were out of gamut even if they turned out perfect?
2
Darkroom 8x10 prints aren't as sharp as 4x5 negatives
3
Why are my enlarged darkroom prints out of focus on edges?
8
What printing solution will best provide me with high quality, archival prints with a consistent workflow?
2
When producing prints in a darkroom, should I aim for the longest possible exposure time?
1
Are materials for printing from color negatives in darkroom still available in 2019?
6
How to develop large dark room prints?