Why my group photos get blurry around the edges? 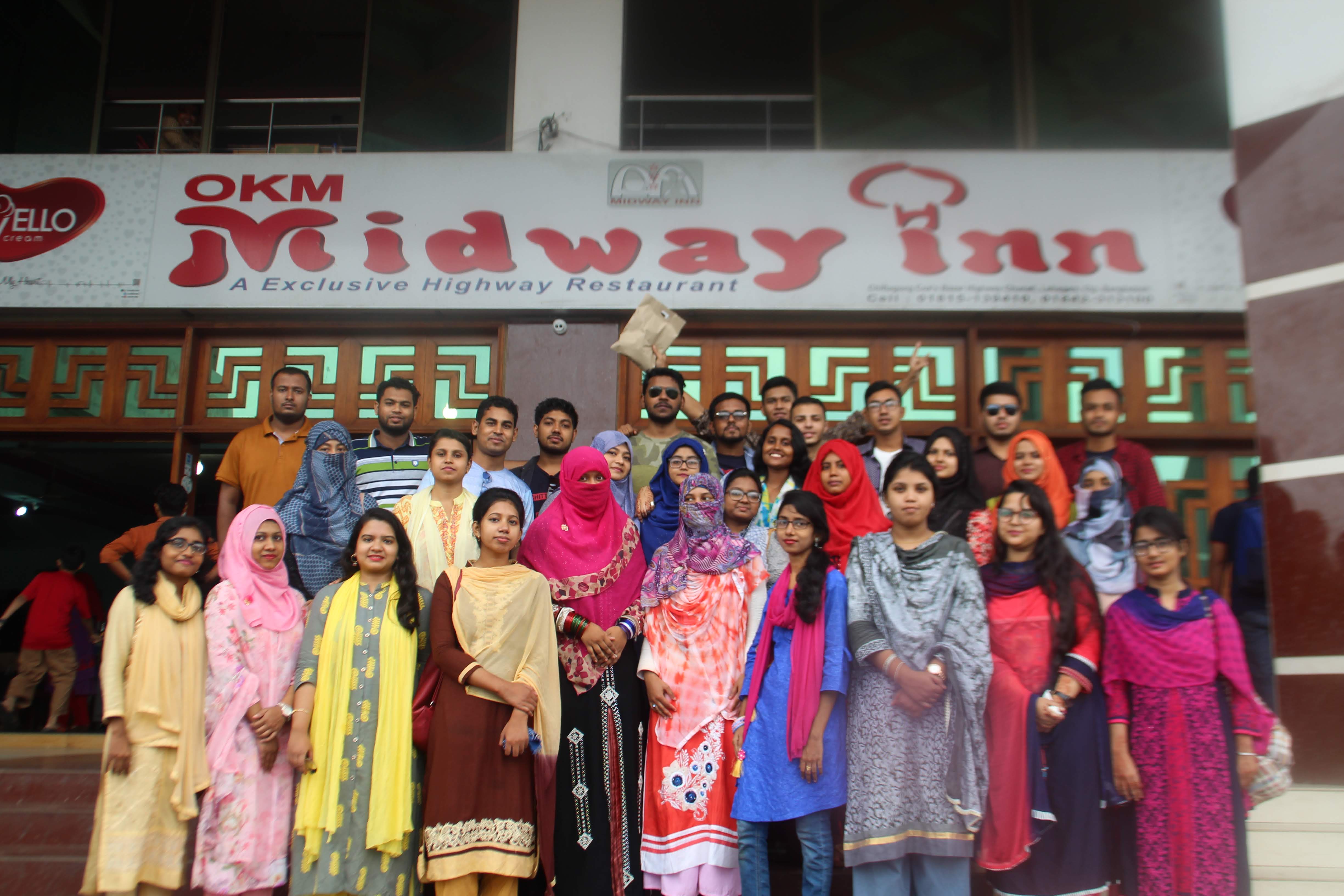 I'm going to take a wild swing at this, based on gut feel more than anything else.

I think there are two factors.

The first being that the difference in distance between the camera & the nearest people in the front centre of the picture is sufficient that those at the extreme edges are going to be already slightly out of focus.

I think, however, that the main issue is that the camera moved.
My best guess is that the move was a slightly twisting motion, the right side moving more than the left, but roughly around left-centre of the frame. That may account for the fact that the woman in brown/beige off-centre left is the most in focus & the vertical blurring is most easily seen in the pillar on the right.

I might suggest that's because of the relatively slow shutter speed, but also that the shutter release was "more push than squeeze" & that some practise may be required to prevent that motion.

And to add to other answer this Tamron lens is quite soft in the corners. You can check on Bryan Carnathan's web site and decide for self.

And I can't see anyone's face on focus. Which IMHO add additional blur to entire image.

I don't see much overall motion blur in this photo. Rather, I believe this is a good example of a decentered lens, where one of the optical elements in the lens has been shifted off-axis. Decentered lenses will exhibit more softness on one side of the image than the other, and will definitely be softer at the edges than the center.

The entire image has some blur due to camera motion, and the corners also have additional blur due to the optical characteristics of the lens.

Designing and building a lens that can cover a 10X zoom range is difficult enough. Making one that is also cheap is even more challenging. Making it light and compact as well also adds to the difficulty of execution. Compromises in optics, materials, and manufacturing must be made. This includes allowing for the lens to be adjusted after it is assembled for optical alignment errors due to manufacturing tolerances.

Your lens looks like it is demonstrating quite a bit of tilt, which happens when the alignment of the lens, or one of its elements, is not perpendicular to the camera's imaging plane. Notice how the background on the far left side, particularly near the top of the photo, is relatively sharp compared to many of the people in the photo. Then look at similar spots on the right side that are extremely blurry.

In the center of the image the lady with the pink head covering is most in focus. Presumably if there were something in the very near foreground to the far right it would be more in focus than everything else on the right.

Many lenses have internal adjustments to correct for alignment issues such as tilt (via either screws or shims, or a combination of both), but there are also many lower priced lenses that do not. This is mainly due to the fact that paying a technician to critically adjust a lens often costs more than the selling price for low end zoom lenses. So they just put the lenses together and some are better than others when they come out of the factory.

Not the answer you're looking for? Browse other questions tagged troubleshooting or ask your own question.

6
Why is my lens only somewhat sharp near the center and very blurry on the edges?
20
What is decentering?
1
Left part of image is much softer than the right part: decentered lens or bad M42-EOS adaptation?

2
My 18-55mm lens is “foggier” than I expect — is there something wrong?
6
Why is my lens only somewhat sharp near the center and very blurry on the edges?
2
Why is my Canon 55-250 IS lens blurry at focal ranges beyond 100mm?
2
Nikon d5100 producing extremely underexposed images
3
Why do my photos appear grainy when taken at the widest aperture?
0
Why do I get the “Press Shutter Release Button Again” error when my D3200 isn't set to max. aperture?
3
What are the grey to black lines at the edges of objects in this photo?
1
Camera making strange sound when increasing shutter speed in live view
3
Is this shutter-shock wobble with Fujifilm's OIS? Is it normal?