What is the difference between a 3D camera and a stereo camera?

I just started with image processing and came across 3D cameras. But, I couldn't understand much. Are 3D cameras same as stereo cameras? My understanding of stereo cameras is that there will be two lenses, one of which is used for depth sensing.

my understanding of stereo camera is that, there will be two lenses, where one of it is used for depth sensing.

Not really. It's more like both lenses are used together at the same time for depth sensing via triangulation. 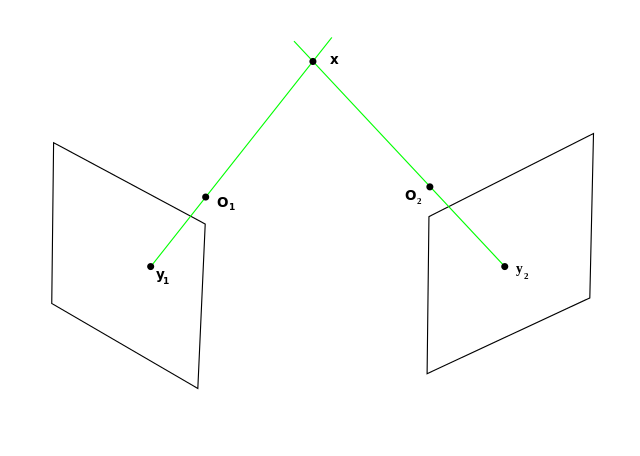 A stereo camera takes two images at the same time (either via two separate lens/sensor assemblies, or via a mirror system to split the frame of a single assembly into two views). Both images these cameras produce are regular images; they don't make one for the image and one for the depth map.

Such a camera (image + depth) is possible, but it's a different kind of 3D camera, not a "stereo" camera (they sometimes go by the name "depth camera", but that label can also be applied to a camera that only produces depth maps without also producing an image).

Some other 3D cameras use more than two lenses. You'll find these almost always use film rather than a digital sensor. These are sometimes confusingly called multi-view stereoscopic cameras (stereo meaning two and the multi here meaning more than two) but also sometimes called lenticular cameras, because producing lenticular prints are their main use. (Lenticular prints using more than two images have a better 3-D effect because you can tilt the print to "look around" in the scene.) e.g. the Nishika 8000

With a depth camera, you can produce synthetic images of views close to the raw image, enabling you to make stereo images or mutli-view images (again suited for lenticular prints, or just wiggle 3D .gif images). This process struggles with translucency and reflections in the image. Since those features are the result of sources at more than one depth at a given pixel location, they can't be adequately captured by just a single image and single depth map.

Stereo (two-view) cameras handle transparency and reflection just fine, but you'll have to be satisfied with just stereo images (or apply processing in post to synthesize a depth map)

Not the answer you're looking for? Browse other questions tagged terminology camera-basics 3d or ask your own question.

17
Why is chimping a derogatory term?
12
How can I get everything in focus? (Why can't my camera just use all of its focus points at the same time?)
13
Is there a difference in the sensor technology in entry level cameras vs. that in pro or semi-pro DSLRs?
69
What exactly determines depth of field?
19
What is the difference between luminance and illuminance?
3
Best settings for exactly synchronizing shutters? (Nikon D7000)
4
Are the terms 'push' and 'pull' relevant/applicable to digital photography?
2
Why the photos captured from my mobile camera doesn't give a same results in same conditions?
2
I know what “stops” in an aperture are, but what are differences in stops in various light sources or areas of an image?
2
What's the difference between a colorimeter and a spectrophotometer?