Why do my photographs taken with a film camera look so saturated?

I’m starting to shoot photographs using my Dad's old camera, an Olympus OM-4. I’ve noticed that in comparison with my friend's photographs mine are a lot more saturated. Why can it be? 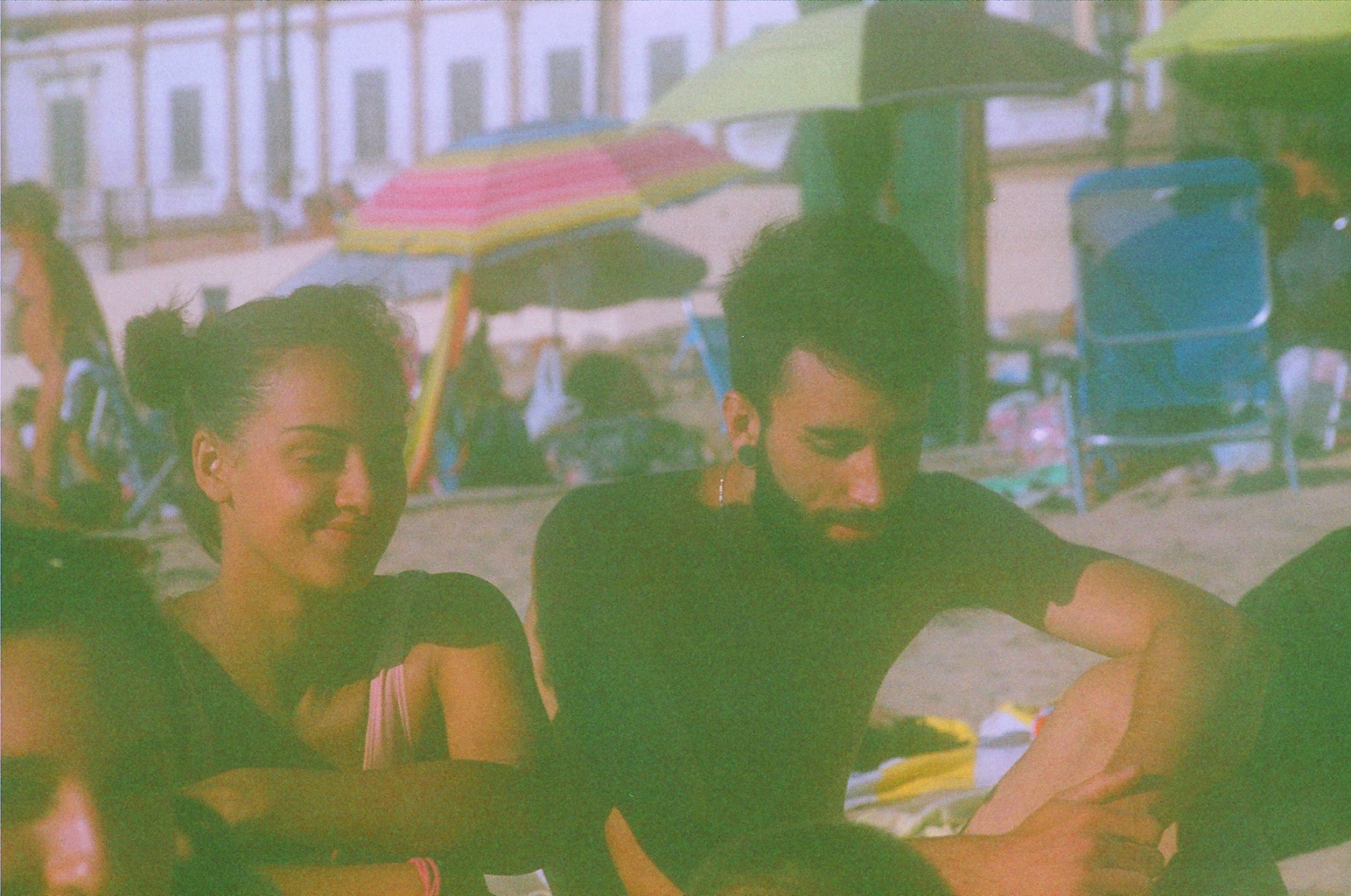 I'd guess you're under-exposing a long way & the lab is having to work them really hard* to get anything like an image out of them; hence the amount of noise in them & no real blacks anywhere - but I'll leave it to someone more versed in film photography to post a fuller answer.

*From comments - I had mistakenly used 'push' as a term for which I just meant, 'shove' or 'apply considerable energy to the task' without understanding push & pull are actually technical terms for under or over-exposing.

To someone new to film photography, maybe you look at this photo and wonder what is wrong, but this image has the typical appearance of a photo that has been significantly underexposed. The lab has (automatically?) tried to "rescue" this image, which is what gives it that typical look of strained colours and exaggerated grain. There are no real blacks in the image.

I don't know off-hand if the OM4 has a built-in meter, but if so, either you are not using it correctly or it is not working reliably. Another possibility is that the aperture diaphragm or shutter mechanism are not operating reliably, according to the exposure settings that have been set.

Do you know the Sunny-16 rule? It's a good way to gauge if your meter is working somewhat reliably. As this photo appears to be taken on the beach on a sunny day, correct exposure should be achieved with an aperture of about f/16 or even f/22, and a shutter speed around 1/ISO. So, if you are using 100-speed film, then you'd use a shutter speed of 1/125 probably. Do you know what exposure settings you used?

Another possibility is that there is something wrong with the film - possibly long expired or heat/radiation damaged. Unfortunately you haven't come back to post any follow-up information, but it would be useful to also know exactly what film you are using, and what the expiration date of it is. Also how it was stored.

Take a look at the negatives:

Assuming that you have been using some Auto Exposure program (have you ?), compare your exposure settings with another camera under similar conditions, especially using the same ISO settings. If you have used manual settings then all bets are off.

Verify that you have set the ISO correctly, if it is not automatically set by the DX code. It is usually an extra dial on the shutter time knob.

Finally, is there a working battery in the camera? Without it, it might revert to a fixed setting.

Not the answer you're looking for? Browse other questions tagged exposure film saturation or ask your own question.

8
Which setup should I choose for taking pictures of Trick-or-Treaters tonight?
11
How do I 'break' a film camera in order to get double exposures?
4
Best approach to handle flash with my film camera?
2
NIght photography and long exposures with film
2
Why did only the last picture I took actually come out when developing a 35mm film roll?
11
Why does wider aperture make snowflakes look bigger?
2
Why does my multi-exposure film image appear darker than calculated?
11
Why are my sky photographs coming out dark?
5
Do any cameras have advanced auto-exposure algorithms?
1
Shooting mystery film found in 1930s camera