But yesterday I was shooting some horses in the fall colors and I am getting weird blurry image even though I had IS on and shutter speed of 1/1000. Have you seen that type of blur before? Is that an IS issue, an AF issue or just something else? The camera took a huge fall last year but not sure if it is related.

It seems to happen mostly when I focus near infinity. Here is a 1:3 zoom and a 1:1 from LR 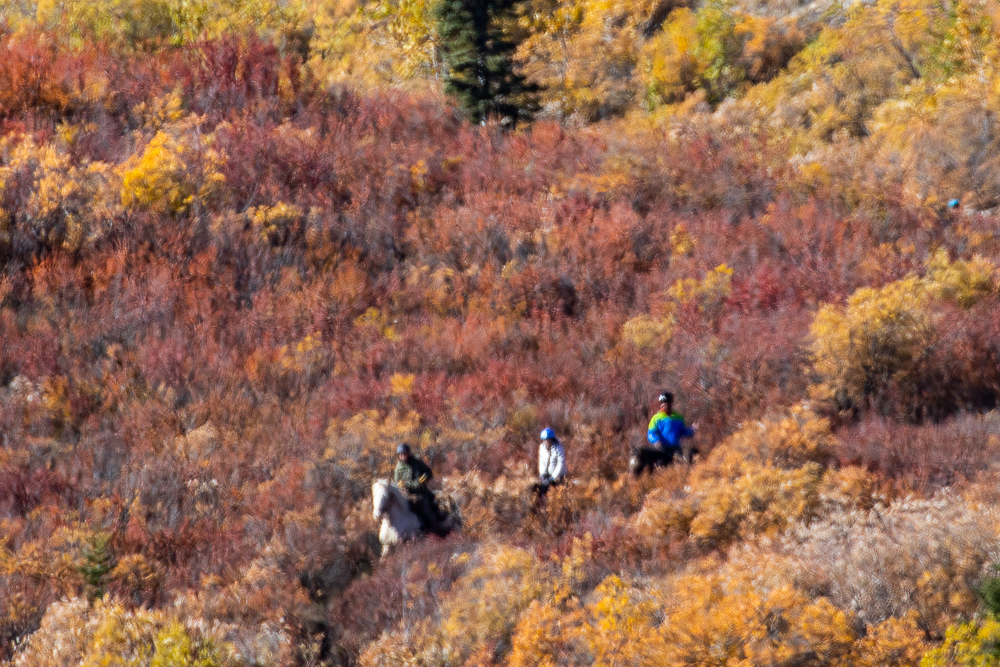 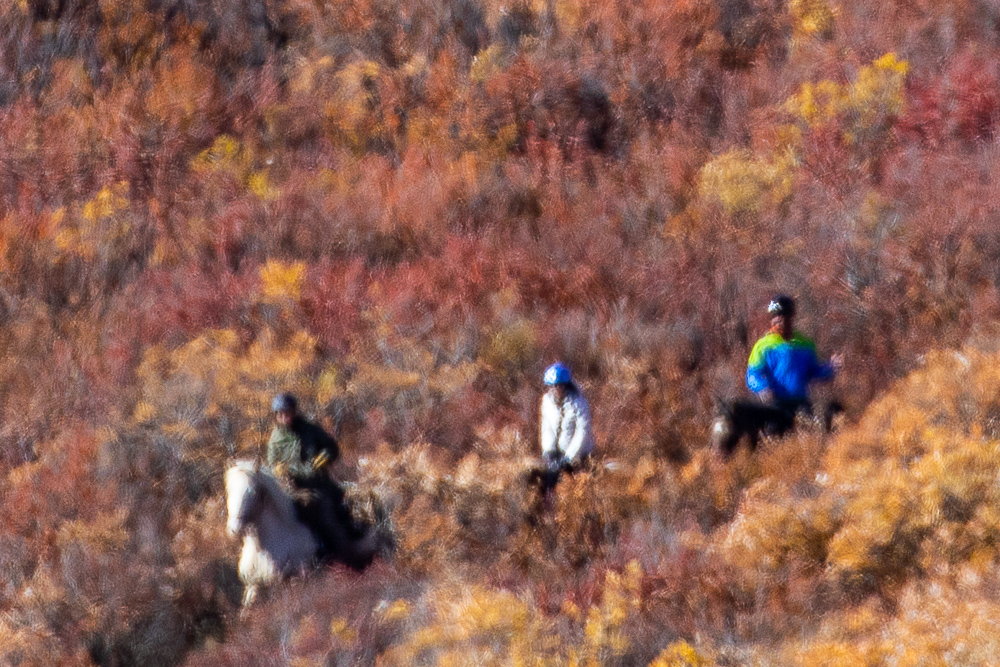 I always save raw files. Metadata indicates that AF had been achieved on the riders.

I have no noise reduction setup.

The weird thing is that I can't seem to reproduce the issue, it just happens once in a while so that makes it hard to identify. The back focusing issue is clearly different but that could indicate that the lens or camera are not as fast focusing as they should be.

With only the information included in the original question, it could be any number of things.

The only way to know for sure whether this is a motion problem (camera/lens in general or IS unit in particular) or not is to put the camera on a rock solid mount, turn off IS, focus manually using Live View at 10X magnification, and compare to results when changing only one of those variables (AF, IS) at a time.

If your results are the same with manual focus from a rock solid mount then you need to start looking at lens alignment issues or atmospheric conditions. In summer heat I've seen worse than this just from heat turbulence in the air at the distance you were apparently shooting.

The back focusing issue is clearly different but that could indicate that the lens or camera are not as fast focusing as they should be... I was just throwing that in the equation in case it was relevant.

I can't seem to reproduce the issue, it just happens once in a while so that makes it hard to identify.

If it only happens occasionally, you can probably rule out lens misalignment. That typically shows up in every shot at the same focal length and aperture.

I've seen similar random frames using various Canon cameras with long focal length lenses and IS turned on. I highly suspect it is a movement of the IS unit that doesn't perfectly match the movement of the lens. Perhaps the frame is triggered just as the IS unit reaches the limit of its travel and is recentering itself? Maybe the camera motion changes direction at the wrong moment and the IS system takes a few milliseconds to respond?

I've never really researched the issue that carefully because I've found a pretty easy solution: turn off the IS when the shutter time is short enough that it should not be needed when using good camera stabilization techniques. At the lens' longest 400mm focal length, you're still well within that range when using a shutter time of 1/1000 seconds.

Here are some other things that can obscure detail.

Not the answer you're looking for? Browse other questions tagged canon zoom artifacts blur or ask your own question.