What caused these strange patches on developed film negatives?

I'm getting strange patches on film negative. Sometimes they are very big, but they also seem to appear along the border of the film.

I've just CLAed my camera. MY fixer is very recent so I'm not sure what the problem is. 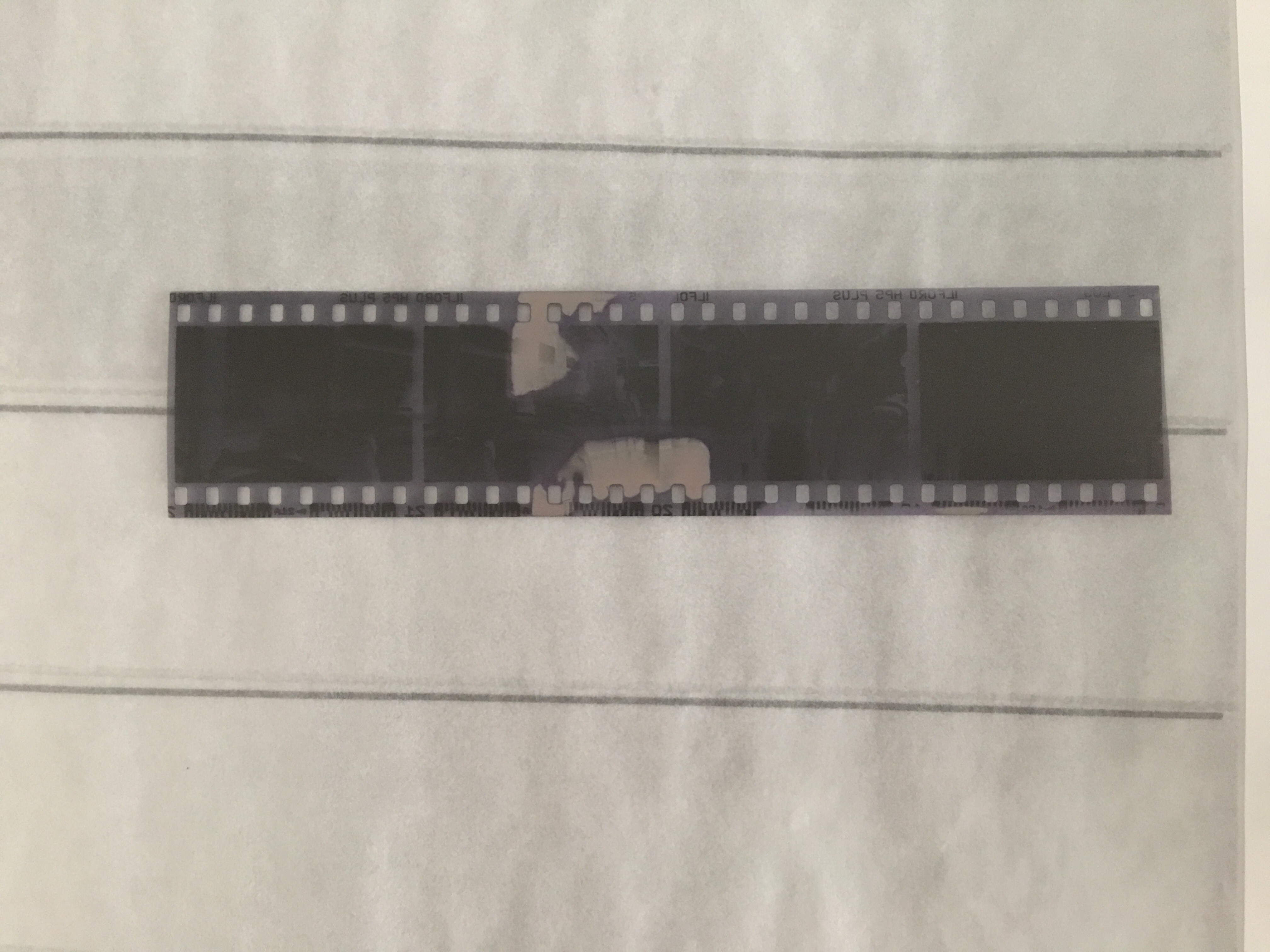 When we develop film, we must take care that the film is properly wound on the developing spool. This is an example of improper loading of the spool. On the reel, the film is coiled so that it can be process using only a small light-tight tank. Improper windings allow the film to touch. Film in close contact will stick together. Once wet, the gelatin that coats both sides of the film sticks firmly preventing fluids from penetrating. You can attempt to mitigate by swishing the film in fixer. This will clear the opaque areas but likely the developer was unable to infuse thus those areas will be void of an image.

You need to sacrifice a roll or two, practicing loading the reel in the light and then again and again with your eyes closed. You can’t practice with a roll indefinitely as loading and unloading damages the natural curl of the film. In other words, you will need to sacrifice several rolls to truly get the hang of the loading procedure.

On another note: Once you finish the learning curve, save the film, it can be used to test the developer and fixer. Cut the films into snippets about 2 inches (50mm) long. You can swish one in a sauce cup of developer and in the light, watch it blacken. While not a perfect test of the developer, you will know that it is a developer and that it still has some life. You can also test the fixer to prove it’s alive. Swish a snippet in fixer and watch in the light as it changes from opaque to milky to clear. The correct fix time is always twice as long as it takes for the snippet to go transparent.

The film was touching. While on the reel. No Chemical was able to process it.

Worse, no fixer is currently been on that film. You need to wet the film with photo flo, rinse with water, and reprocess it with chemical fixer to remove the residual silver. That will leave blank patches but will prevent the film from damaging itself in time.

So basically reload that strip (or just stick it in a small tank- doesn't have to be light tight) at the 'drain stop bath step', and work your way forward through fix, wash, photo flo, and dry.

5
Scratches on negatives - me or them?
7
What is a reasonable file format for film scanning?
4
What caused excessively high grain in Delta ISO 400 film developed by a shop?
10
What causes these lines / scratches to appear on my developed film?
7
These SLR developed photos are bad. Is it mine or the photolab's fault?
3
How to read a color negative?
5
What caused these large white spots on my developed negatives?
3
What would cause these white straight but slightly squiggly lines?
5
My negative is completely black and opaque — is this a camera problem, my mistake, or the lab's?
3
What are these spots all over my pictures?