What is causing dark pictures in Auto Exposure mode?

I have been using my Nikon D40x in Automatic mode, and it went from taking beautiful pictures to suddenly taking very dark pictures. I have done a "reset", thinking that I must have hit a button that changed the settings. I Made sure that the exposure compensation button was back to zero. Images are still dark.

I Tried shooting in manual mode, deliberately setting the aperture and speed to an "overexposed" level on the camera's internal scale but the images are still dark.

I tried using a different lens and had the same result. There were slight image differences when I was changing the aperture settings, but nothing close to correct exposure.

How can I fix this? 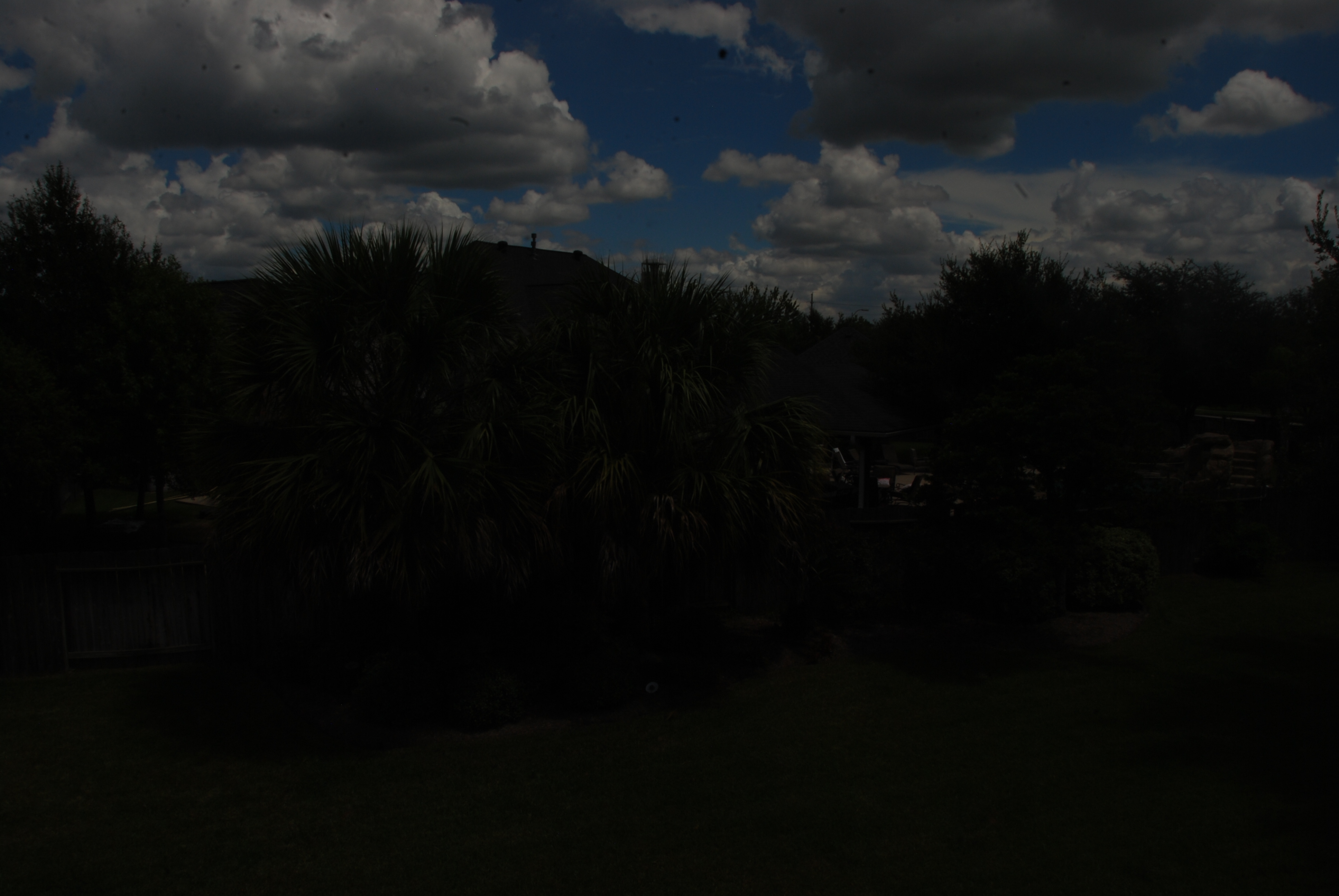 It's hard to say much conclusively without more information. But based on what you have provided, my first guess is that something in your lens has gone wrong and the aperture is staying stopped all the way down, regardless of the aperture setting selected by you or by the camera in 'Auto' exposure mode. The well-defined dust spots in your example photo indicate a fairly narrow aperture was used for that image.

You can test this by looking through the front of the lens when it is attached to the camera. The aperture should be all the way open. If it is all the way closed like when the lens is not attached to your camera, that's your problem.

You can also test the lens by taking some test shots and comparing the results.

Another test would be to use another Nikon lens on your camera or your lens on another Nikon camera. This will allow you to determine if the issue is with the lens or the camera.

Yes, I did try with a different lens and had the same result. There were slight image differences when I was changing the aperture settings, but nothing close to correct exposure.

This is a known issue with the stop down lever on Nikon F mount cameras. If the lever is bent, it will not stop down accurately with any lens. If the problem is only demonstrated with one lens, the issue is probably in the lens' internal aperture linkage/mechanism.

If you use an ISO and shutter time appropriate for f/22 (or whatever the smallest aperture/highest f-number for your lens is), are the images still underexposed? In bright sunlight that should be something like ISO 200 and 1/100 second.

Not the answer you're looking for? Browse other questions tagged nikon exposure or ask your own question.

7
How do I know I have the correct exposure when shooting in manual mode?
1
Why is exposure meter reading not changing in Manual mode?
1
Nikon D5200 overexposed shots in "auto" modes
1
Why is my Nikon D60's light meter causing overexposure in the non-auto modes?
3
Why did the shutter speed increase when I raised ISO and lowered exposure compensation in Aperture Priority mode?
0
How to avoid noise in Aperture Priority mode arising due to auto-ISO?
2
Why is the subject too dark when using auto modes on Nikon D5600?
1
Dark images problem (low exposure) with canon 650d
3
Why are my D5300 photographs blown out?