If the color-temperature of light is known, then its effect can be mostly canceled. Automatic white-balance guesses at that temperature (see this question). Preset white-balance use mostly fixed known temperatures (6500 K for daylight, 9500 K for cloudy, 3000 K for tungsten, etc - actual values vary between cameras). 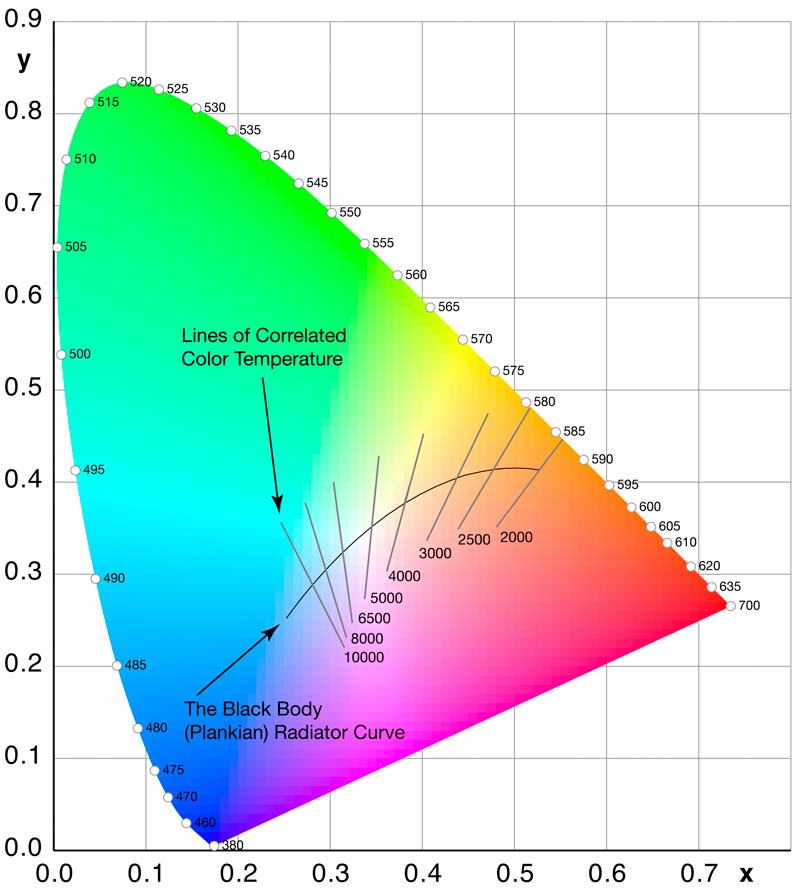 6
White balance color space
35
How does Kelvin for color temperature relate to Kelvin for actual temperature?
31
What is the meaning of "white balance"?
26
How do I get good colors when taking pictures in the city at night?
18
How does the colour of ambient lighting affect colour rendition?
39
Does Auto White-Balance Really Work? How?
7
What white balance settings do I need to capture the cast of a coloured streetlight?
6
Why do my photos have an exaggerated blue hue when I shoot in manual mode?
2
Why does the image get bluish and not yellowish when I shift the color temperature to a lower K?
6
Why are high white balance temperatures redder when warmer objects are bluer?
See more linked questions

18
Photographing Lightning Strikes: White Balance
36
How to white-balance photos shot in mixed-lighting environments?
3
Hotshoe flash with adaptable color temperature?
7
How do I accurately capture the colour of sunlight on a wall?
1
How do I measure the correlated color temperature of a light source with a DSLR without a gray card?
20
Do photographers see ambiguity in the color of the blue/black (gold/white) dress?
16
How do I accurately and objectively capture the color of the setting sun?
4
How can I know what is ideally neutral in a picture, in order to set white balance?
3
White Balance - How is plastic made white? RGB(255,255,255)