How to get clear tree branches when bracketing for HDR?

I have just started doing bracketing to shoot HDR photos in high contrast situations I am using a tool called Aurora HDR 2018 on OSX to combine three photo of different exposure to produce a final photo.

As a beginner I have just done a couple and am quite pleased with the result so far. Until I am working on this photo with images of tree branches. 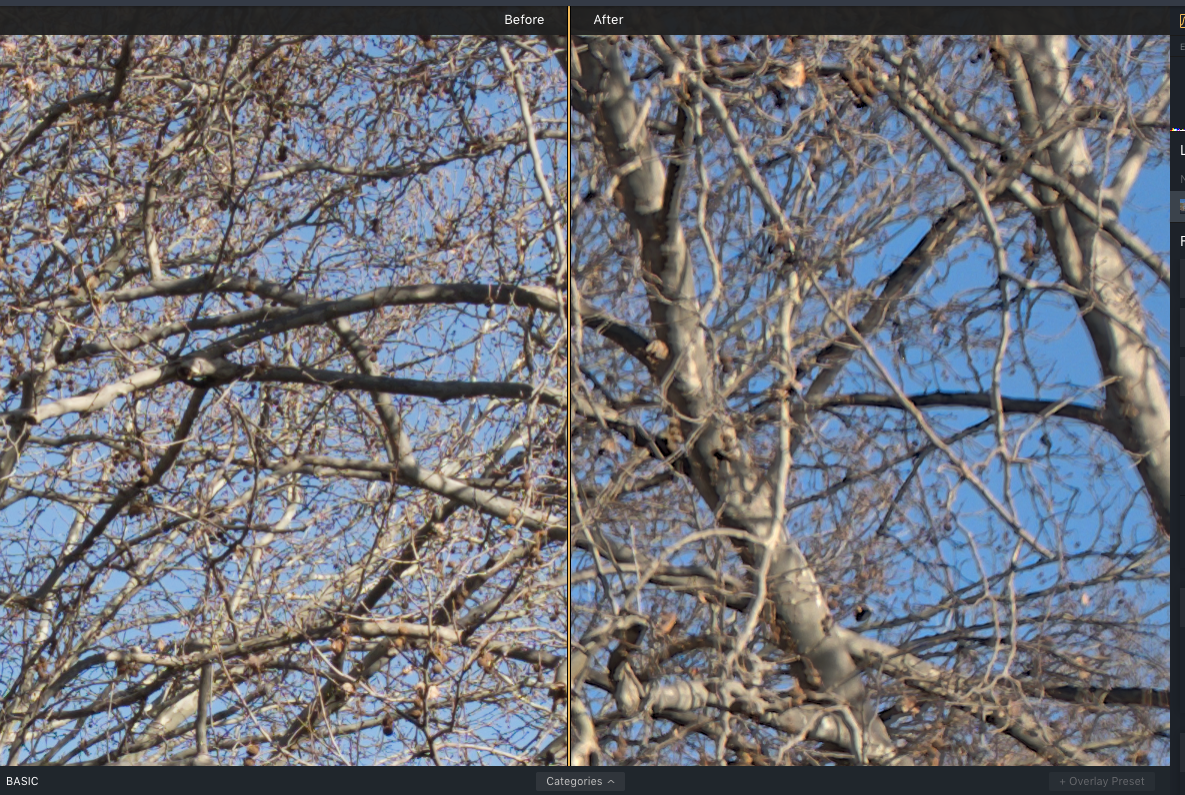 I think because the images are not perfectly aligned, the outcome becomes very blurry. You can see from the screenshot where the 0 ev is on the left and the combined photo is on the right.

Is there any way I can improve the outcome? Is it a software issue or a limitation inherit in the bracketing process? 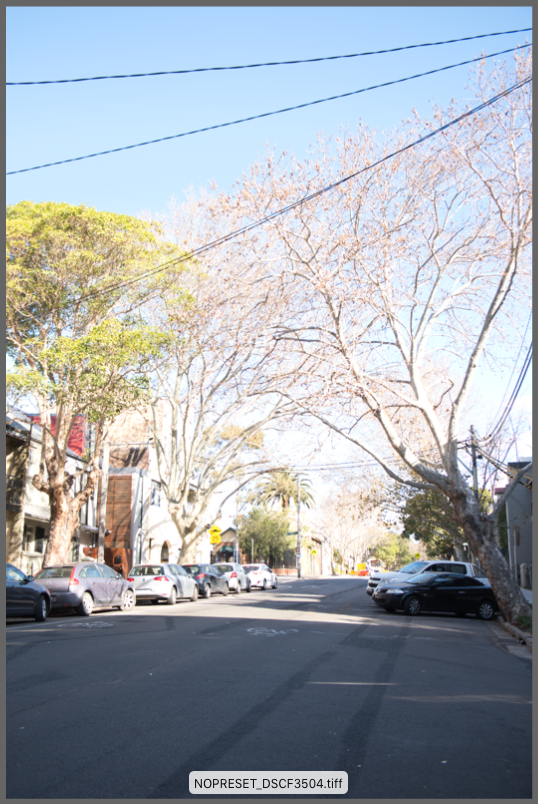 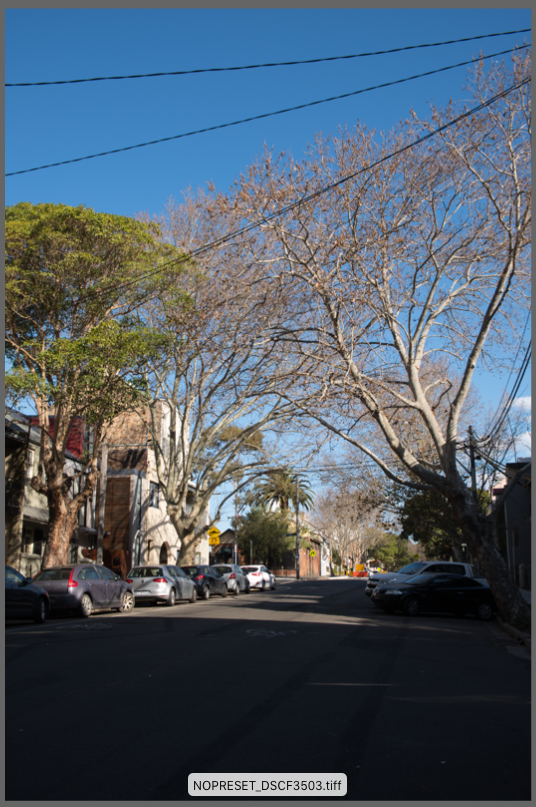 There are usually small variations between images when you shoot a stack for HDR, especially shooting handheld. Wind may cause larger variations, as well as other moving entities within a shot (such as a pedestrian in the distance).

Photo editing software is good at dealing with these variations. However, certain items, especially complex/movement-prone ones like tree branches, may require manual intervention to avoid "ghosting".

We want to give the software the best source material we can.

"Ghosts" are removed by deghosting.

I don't use Aurora often, but this tutorial discusses the deghosting process in Aurora and the results look good: https://youtu.be/7OuIfowv8U8

Lightroom supports automatic deghosting. Photomatix (my preferred tool, and similar to Aurora) supports deghosting and does a fantastic job of it when starting from good source material.

You can also manually recreate and/or tweak the repair using a tool like Photoshop.

This image was shot during heavy wind and rain. The tree above the truck showed movement, so I selected it for deghosting in Photomatix. 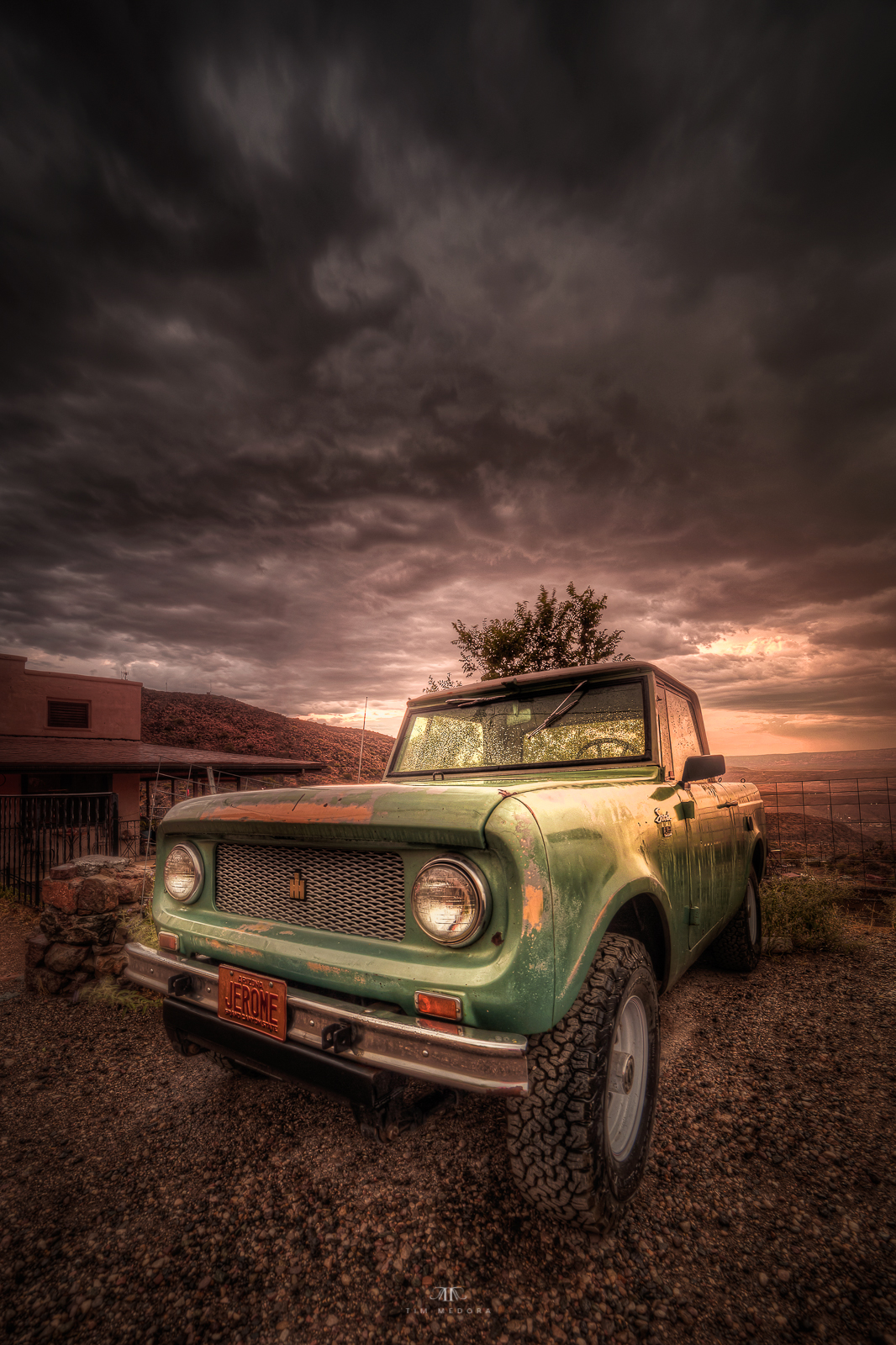 The flag in this image showed movement. I recall manually editing this image using the aforementioned technique to blend a sharp version of the flag into the composite image. 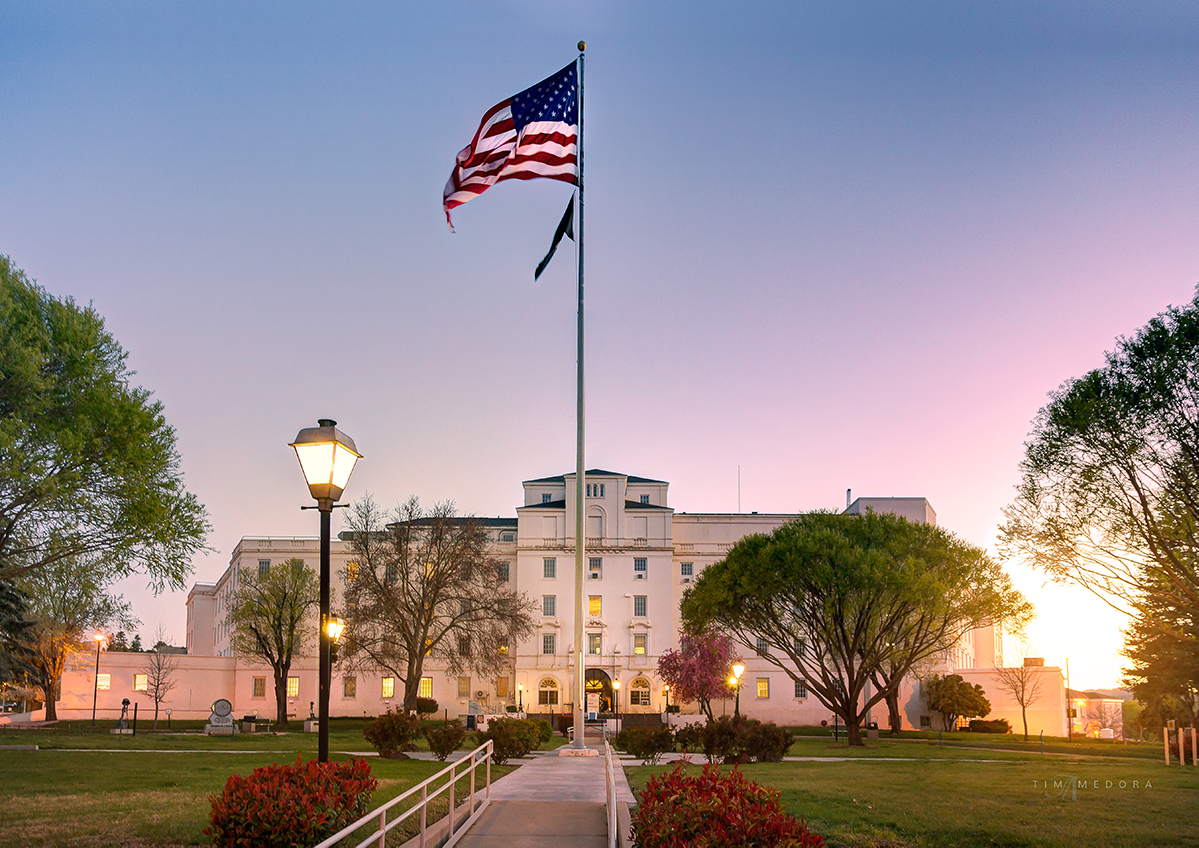 If you're going to use HDR techniques, you need a perfectly motionless subject. If there is even the slightest breeze, small tree branches are going to move and will not be in precisely the same location as they were when you shot the other images in your amalgamated photograph.

Waiting for a perfectly calm day, avoiding use of HDR techniques, or shooting on colour negative film (which has extremely wide latitude compared to most digital sensors) will be your choices.

One critical fact that hasn’t been mentioned is that you need to use the same aperture (f/stop) for all the images, varying only the shutter speed. If you vary the aperture the different images will have varying depth-of-field and will introduce blurring when merged. You can vary ISO but if you change it I too much the differing noise levels can also cause blurring.

The easiest way to accomplish this is to set the camera to Aperture Priority mode so the aperture will stay fixed and only shutter speed will be changed.

Sometimes you have to question your assumptions and ask yourself Why am I bracketing? and What output am I trying to achieve?

Aside from that being the accepted workflow for HDR in the digital realm (Bracket > Composite > ToneMap) the problems are happening for you during compositing because you're not matching like for like frames.

If what you're really looking to produce is the classic overcooked vibrant 'HDR look' with the ready-brek glow that many people do enjoy then that look comes from the final ToneMapping stage of the process. Since many full frame DSLRs put out 12-15 stops of DR (according to DxO) in many situations you could skip the compositing, use the best of your bracketed shots to get the absolute best exposure you can, but then you can treat that best frame as if it's already a composited source and tonemap that to get 'the look'.

Certainly it's worth investigating and would be an effective way to resolve the problem you're facing.

Not the answer you're looking for? Browse other questions tagged hdr bracketing macintosh or ask your own question.

20
TV or AV bracketing for HDR imaging?
5
HDR/ADL/Multiple exposure/Auto bracketing(AE,WB,ADL) - I got confused
7
How can I manually make a exposure sequence for HDR, without automatic exposure bracketing?
3
How do I merge bracketed files together into an HDR image on a Mac?
2
When to choose in-camera HDR mode versus Exposure Bracketing?
2
How can I get 5 bracketed exposures with a D90 for HDR without screwing around?
0
How do I figure out the number of shots and bracketing distance for HDR photos?
8
How to avoid these artifacts around cables in HDR?