Any alternative for manual cable releases?

I want to do long exposures of the Perseid meteor shower this weekend using my Canon AE-1 manual film camera. I don't have a manual cable release. Are there other hacks/ways to hold the shutter open for a long time (minutes)?

Just go to a local camera shop and pick one up. They're under $10.

A hack - Use black electrical tape and a 1/4" long piece of wooden dowel (or some other similarly sized object). Place the piece of wood (or whatever you can find that works) over the shutter button and then just tape it down.

You can hold it down with your finger. That's the only other option.

Cable releases are inexpensive and easy to get. Your only issue might be the tight timeline you've left yourself, but if you have local camera stores, there's a very high probability that they will have manual cable releases in stock.

Some cameras have a T or Time setting (your camera has a B or bulb setting, where the shutter is kept open only as long as you hold the button). T will open the shutter with one click and close it with another. However, relatively few modern cameras have this feature, and your camera is not among them.

There's no real practical way to take very long exposures with most 35mmm film cameras¹ other than by using a mechanical shutter release cable. Holding the shutter button down with your finger will very likely cause camera movement. If there are no camera stores that carry them in your area and you don't have time to order one from various online sources, you might try checking with any local camera clubs to see if anyone has one they'll either sell to you or loan to you for the evening.

A film camera is probably not the most suitable tool for capturing a meteor shower unless you have a very large film/development budget. You are going to need to take a very large number of shots to have a decent chance of capturing anything.

To capture meteors effectively you need to:

These settings will allow the meteors to be brighter in relation to the stars. The stars are dimmer than the brightest meteors, but that brightness is constant over the entire time of a long exposure. Meteors, on the other hand, don't last very long and move across the frame rather rapidly. The longer your exposures, the dimmer the meteors will appear relative to the brightness of the stars.

It is then a numbers game: Set up your camera to take continuous shots. Out of several hundred frames you might catch a few good meteors and a few more that are visible!

The image below is my best capture from the 2012 Geminid shower. Over several hours I wound up with almost 400 exposures. I got one great shot and 3-4 other confirmed Geminids. I also got a couple more that I thought were meteors until discovering their paths and appearance times matched known satellites in orbit! 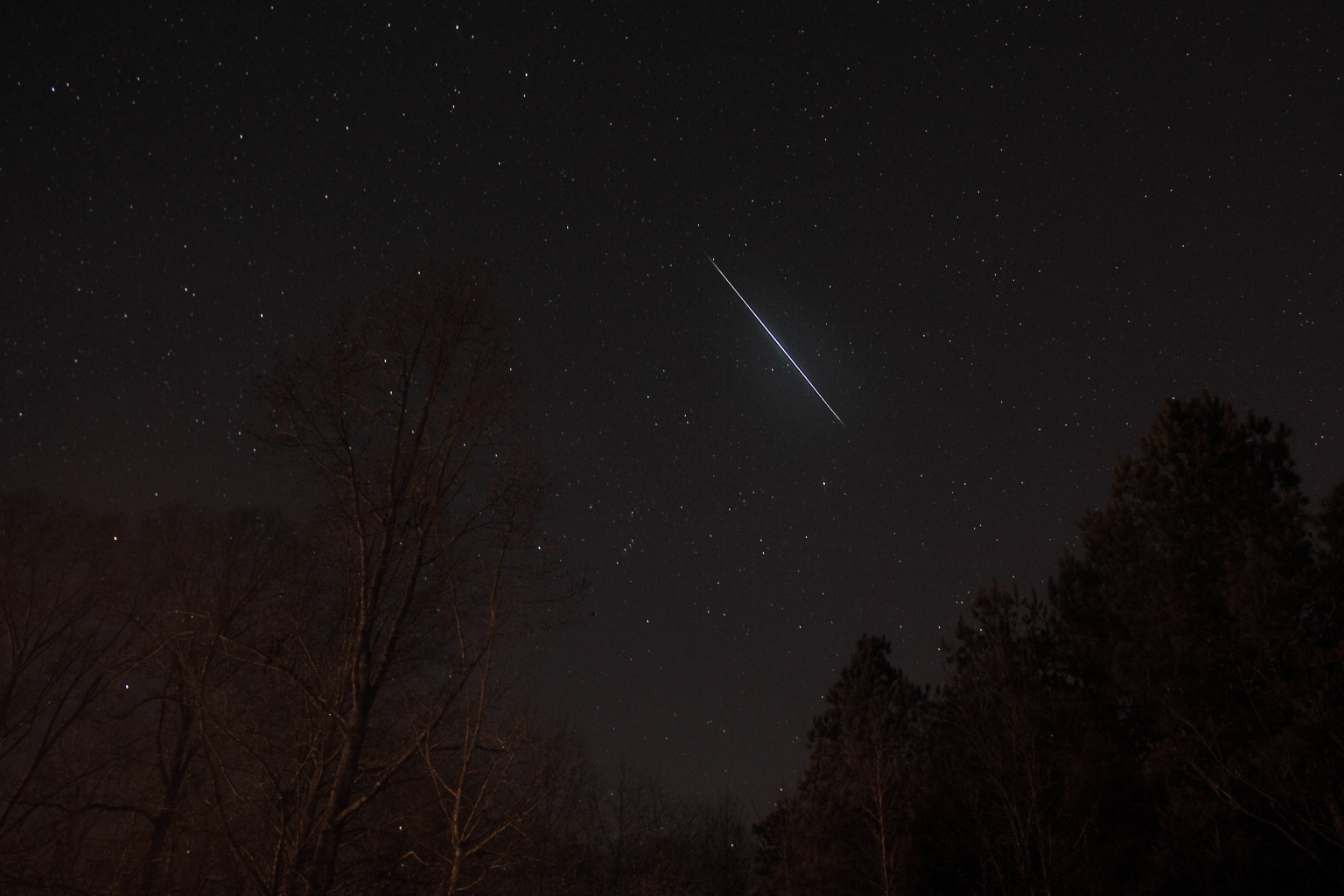 ¹ There were a few 35mm film cameras that used electrical, rather than mechanical, cables to control the shutter remotely. (The Konica FS-1 that was my first SLR was one such camera. It also had an electronically controlled vertical travel metal shutter and a built-in 2.5 fps motorized film drive.) A few older film cameras had a 'T' mode that opened the shutter with one press of the shutter button and closed the shutter with the next press of the shutter button.
² Divide 600 by your focal length to get the longest exposure that won't make star trailing noticeable with an 8x10 inch viewing size when not using a tracking mount for your camera.

Just use your imagination:

Now you got a proper bulb mode to use when you don’t a manual cable release for a classic film camera. Well, proper, proper it’s not, but it’s the McGiver method aka the poor man solution.

Not the answer you're looking for? Browse other questions tagged long-exposure cable-release or ask your own question.