Why do my photos looked washed out when using my telephoto lens?

I own an aging Nikon D40 and recently picked up a new telephoto lens: the Nikkor 55mm-300mm f/4.5-5.6. I've noticed that when I zoom in on subjects, the color in my photos often looks washed out. Here is an example: 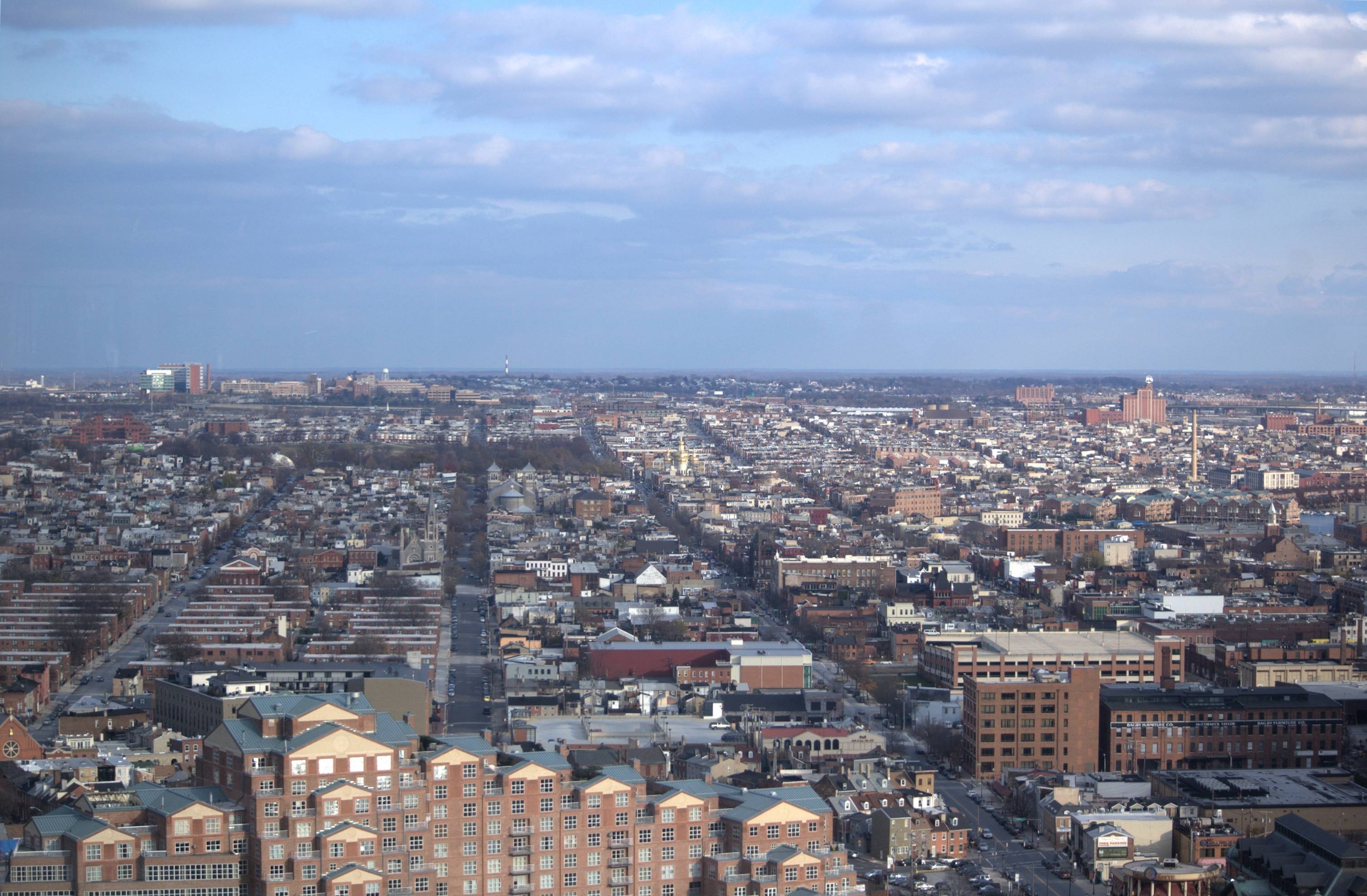 300mm zoomed in on the brick building to the back/right: 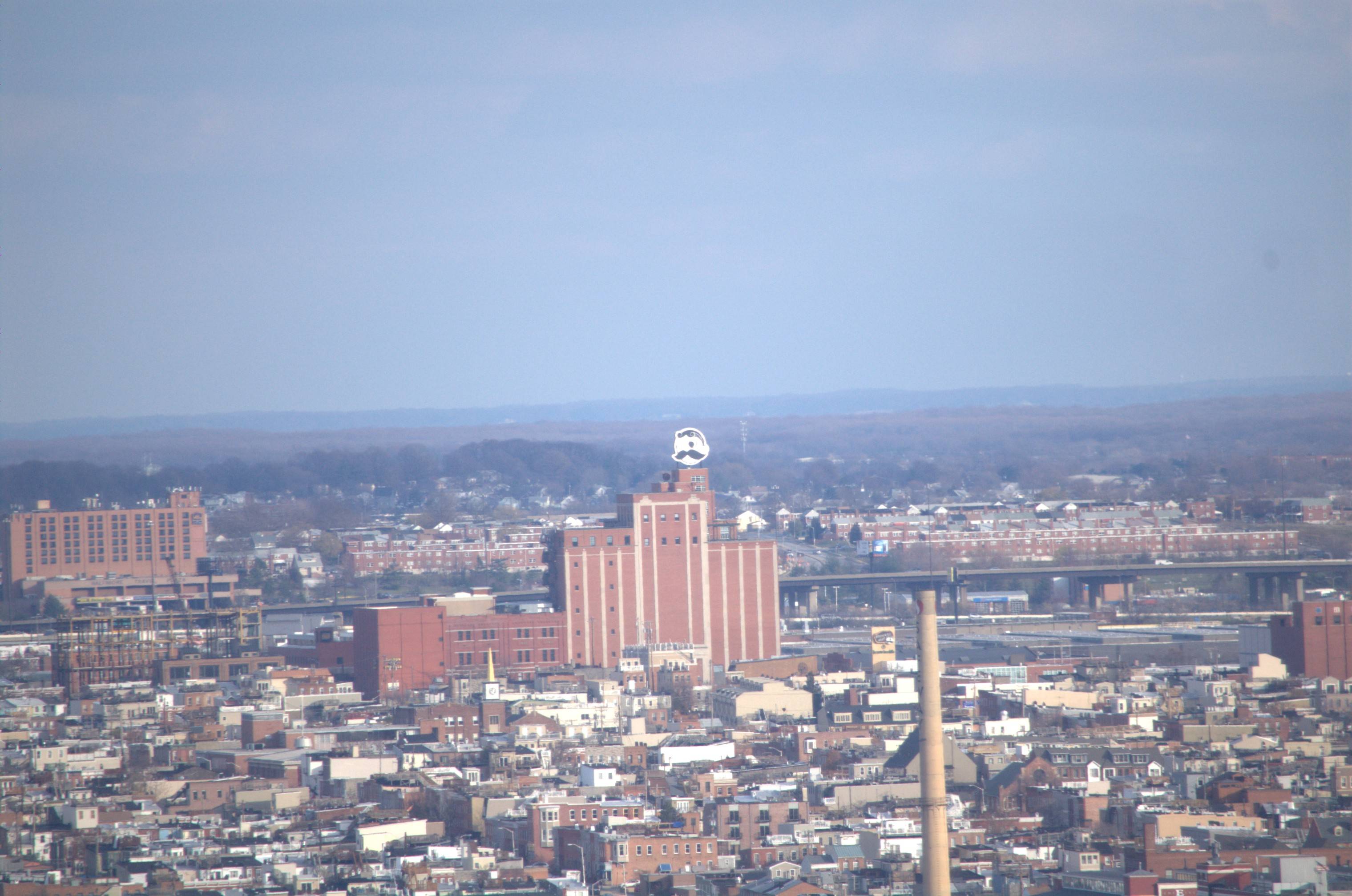 EDIT (a crop of the 55mm version was requested): 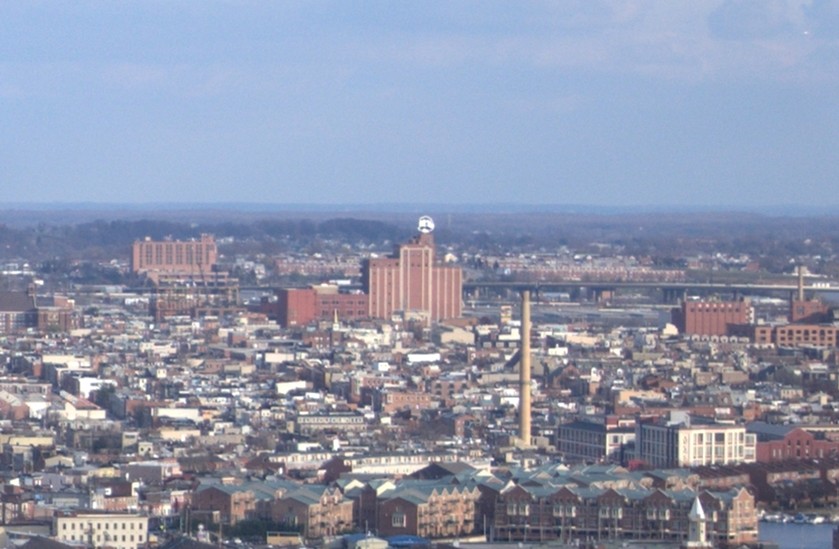 The 300mm one seems like it is too bright, and the colors are not as vibrant. Is this a fault of the lens, or the body? Or do I just need to fiddle with the settings some more? Any suggestions?

Try taking some pictures from a little closer, and see if the problem doesn't go away.

It's quite normal for almost all pictures taken at a substantial distance to look somewhat washed out. The dust/haze/smog/pollution/heat waves/etc., in the air reflect and refract light enough to reduce the contrast and wash out colors. This tends to be at a minimum after a large rain fall, which tends to "wash" a lot of the dust and such out of the air. Nonetheless, you're only minimizing the tendency, not removing it completely.

As for comparing to the shorter lens, it's pretty simple: with the short lens, most of what you're seeing clearly is a lot closer. As things "fade" into the distance, they also get smaller in a hurry, so the lack of detail and washed out colors aren't nearly as apparent. At the same time, if you look in the first picture, and compare the factory in the distance to the buildings at the bottom of the frame, it's still quite apparent that the closer buildings show much richer color.

Edit: doing a quick look at the "levels" in the picture reveals a great deal of the problem almost immediately: 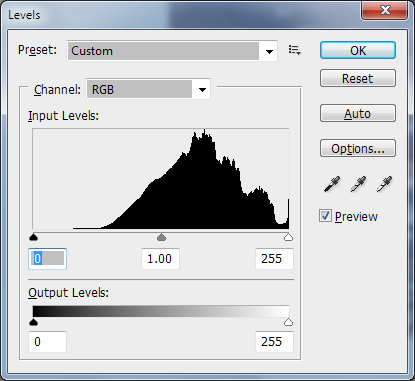 This is somewhat overexposed -- the whites look a bit clipped (the spike at the far right) and there's nothing even close to a true black. Simply picking a reasonable black level makes the picture look much more "zippy" (though I may have gone a bit overboard in this case): 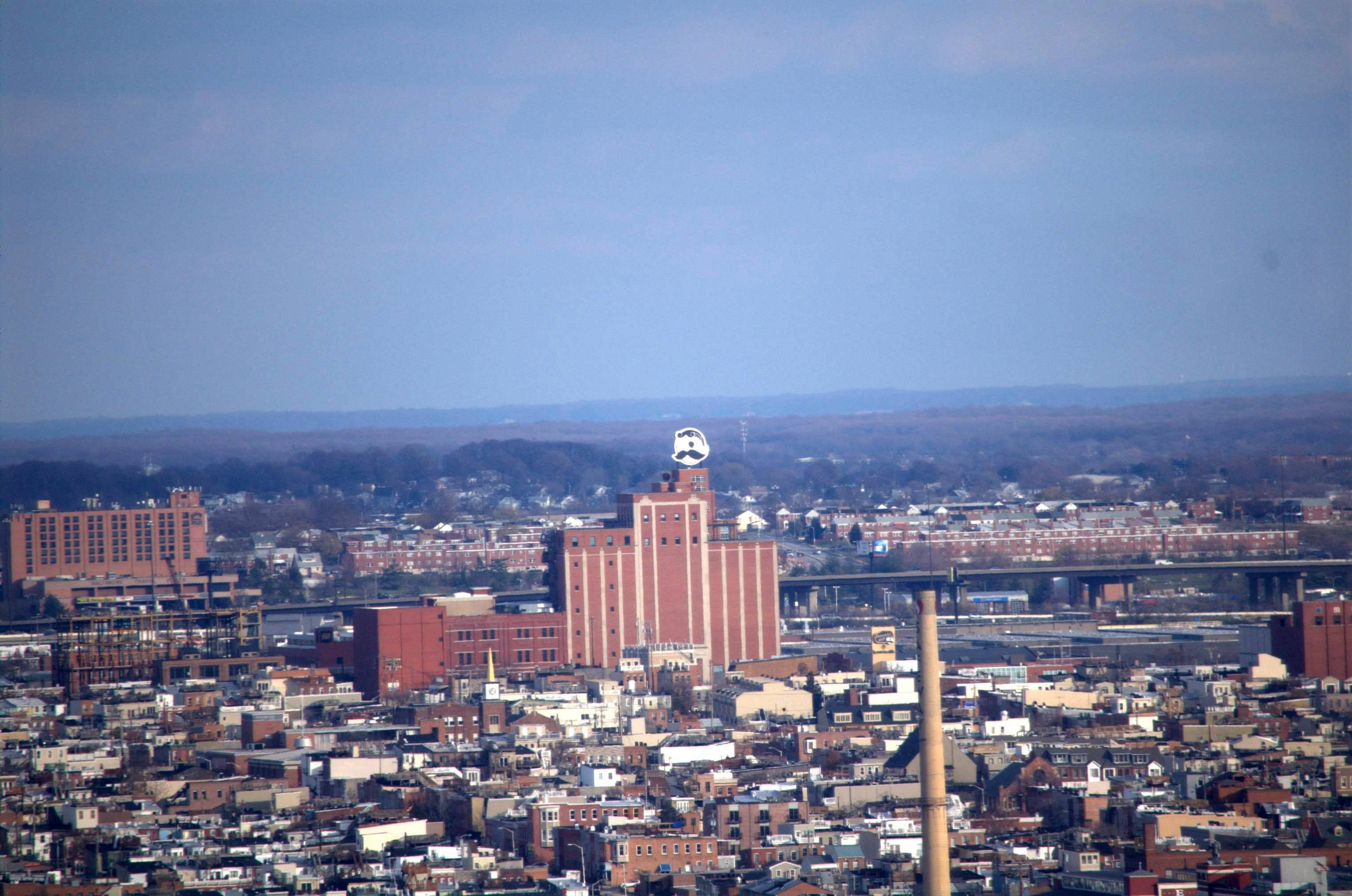 Doing this on a JPEG inevitably loses some quality, but if you have a raw image, you probably have enough extra data to do this adjustment with less (or no) quality loss.

Some of the original lack of contrast is almost certainly due to atmospheric effects -- but as you can see, a minor adjustment gets a lot closer to what you probably want. Nonetheless, I'd say the original exposure looks a bit off -- it's open to question whether you're seeing a symptom of a real problem, or just an isolated incident. 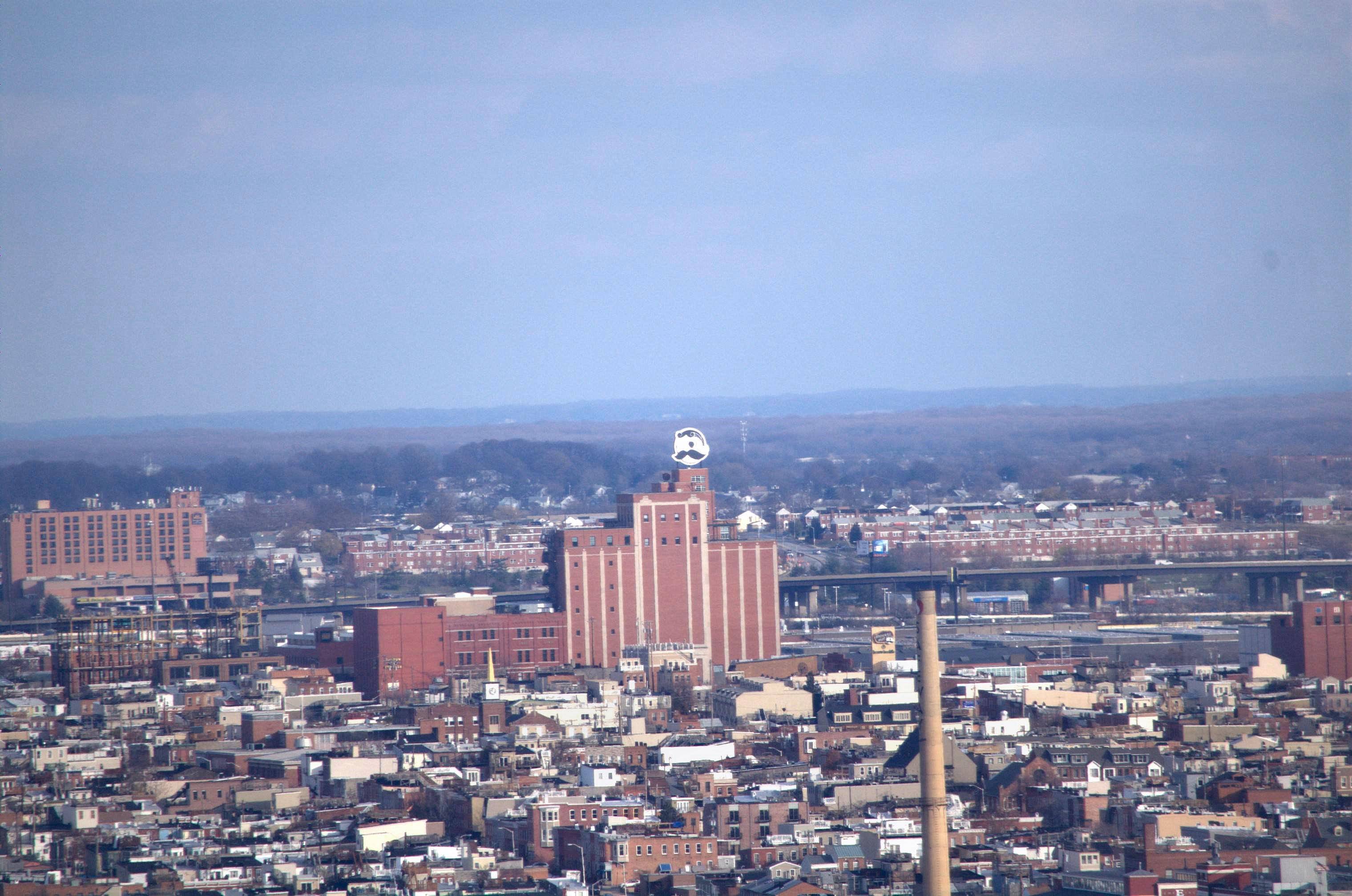 The haze or smog in the atmosphere can't really be avoided and for that particular scene, you can see the haze around the area that you then zoomed in on.

That being said, it appears you haven't looked at processing the image. Do you shoot raw? If so, you should boost the contrast, possibly the saturation, adjust the white balance and more and you should have a lot of room to work that seemingly dull photo into something more vivid and clear.

As well, you might want to use lens correction to counteract the moderate vignetting in the zoomed in frame.

Washed out images are typically caused by haze or flare.

Your case looks like haze. If there is a lot of stagnant humidity in the air, visibility is affected. Smog will do this as well. It's not your lens, it's the air.

If you want to do all that you can, always use a hood to reduce internal reflections due to wayward light sources (sometimes the sun can sneak up on you from the side), and use as good a quality UV filter as you can.

You can mitigate this effect by increasing the contrast in your post-processing. In lightroom, adjusting clarity and vibrance can help, but don't over do it. You can also move the black point up a bit, to make the shadows a bit punchier.

Consider also processing your photos to b/w - haze can appear quite artistic!

Not the answer you're looking for? Browse other questions tagged telephoto color or ask your own question.

1
What are particular potential problems to watch for when using a telephoto zoom?