I want to know how different colors (lets take VIBGYOR) appear through a infrared security camera or any camera and not thermal imagery.

The type of infrared I am talking about : 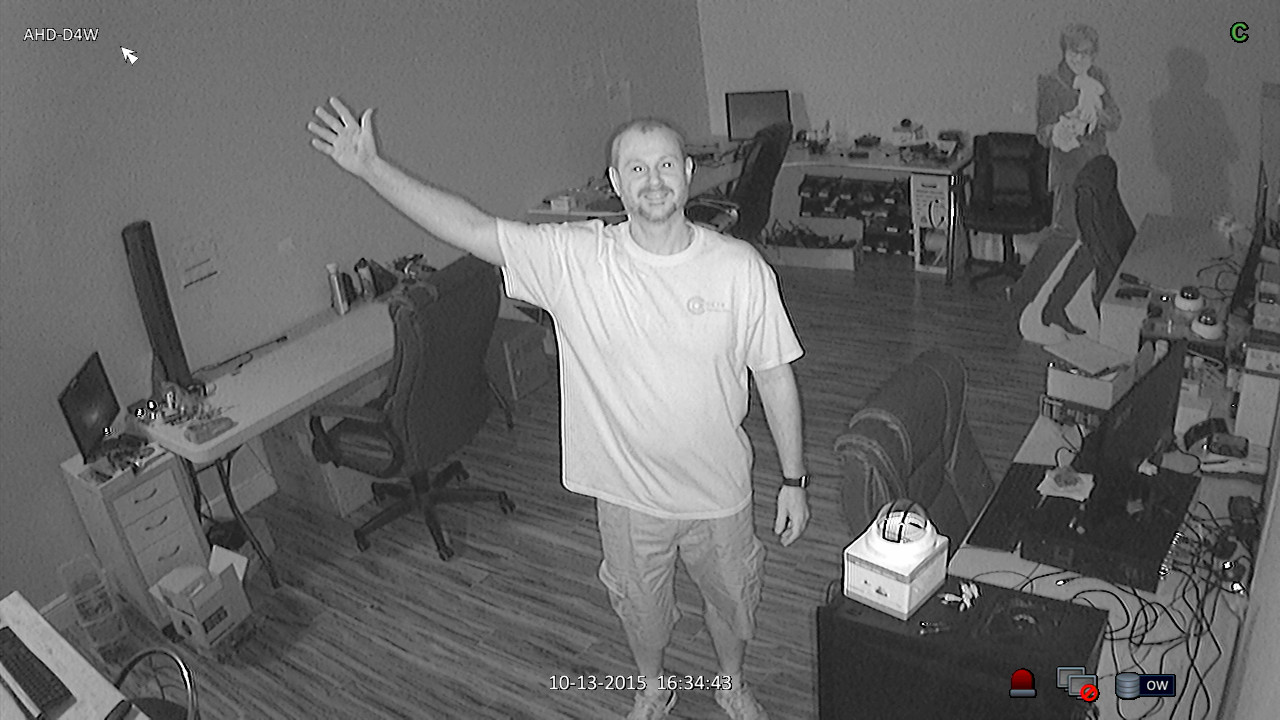 They don't look like anything in infrared light. A "true color" infrared image would appear totally black to human eyes.

What we see on a screen being fed from an infrared camera is a signal that has been converted to represent various brightnesses of electromagnetic radiation from within the infrared spectrum as various brightnesses of visible light. In the case of false color infrared images, certain wavelengths of the infrared spectrum are reassigned to be displayed as certain colors within the visible spectrum.

The image we can see from an infrared camera is what is known as a false color image. What this means is that a range of wavelengths in the infrared spectrum are rendered with a corresponding wavelength of visible light. Just as with visible light, a particular wavelength of infrared light can vary in intensity from just above black (shadows) to near saturation (highlights).

On the other hand, images used to see humans in the dark ("night vision" images) will often display different intensities of the same wavelength (10µm - the wavelength at which humans radiate the most heat) using different colors. In that case white might denote the highest intensity at 10µm, red might denote a slightly lower intensity at 10µm, green an even lower intensity, and so on. The other wavelengths of infrared light might not be rendered at all.

Examples of each of the above scenarios are visible near the top of the Wikipedia article on Infrared.

Can we differentiate between skin colors in an ir image like we can do in black and white images?

We can't see infrared frequencies. At. All. What you are calling an infrared image is not being displayed using IR wavelengths. It is the result of

How the system has been set up to measure IR and how it has been programmed to shift the values of the information it has recorded will determine the answer to your question.

As @null said, infrared is an invisible (to the eye) band of frequencies beyond what we can see.

It's hard to quantify how visible colors translate to monochrome- it has more to do with how they are produced than what color they appear to be.

Dye based colors are almost always transparent to infrared. This is why some bathing suits that depend on bold color patterns for modesty can appear to be rather sheer in IR. Pigmented colors can retain their tones to a certain extent in IR. Your T-shirt looks white because the base cotton reflects. The dye that makes your shirt red, black, or whatever is transparent and so isn't visible.

I have large dye based prints that look like blank paper in IR, while my pigment prints look relatively normal tone-wise (they are, of course, rendered in gray-scale).

Most inexpensive cameras that image in both visible light and IR use two separate schemes: full color is shown when there is sufficient light, and IR is displayed equally in all three color channels, so is monochrome. This is just a choice made by most manufacturers.

You can buy an IR filter that blocks most of the visible light to experiment with a camera, either modified by removing the internal IR blocking filter or as-is. You can use tools such as Photoshop or IrfanView to switch color channels so the IR can be presented in red, green or blue. Enjoy!

In false color imaging, often used in aerospace photography, the color choice is arbitrary, too.

NASA interprets shortwave IR, i.e. close to deep red, as visible red, near-IR to green and visible green to blue in the image below. 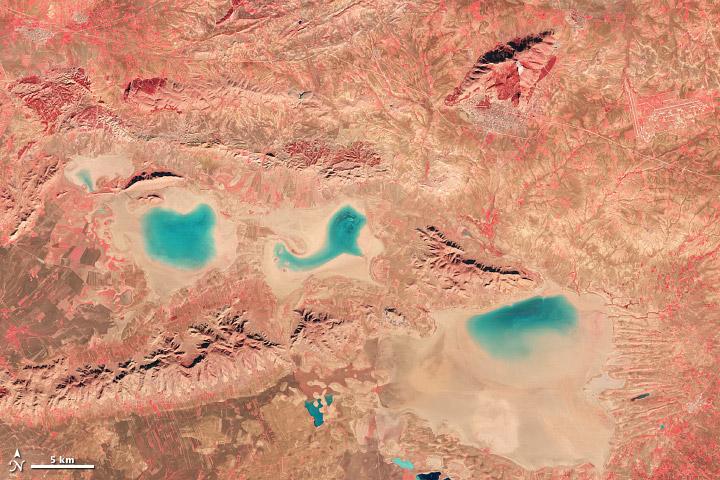 And the shortwave infrared, near infrared, and green light interpretation of the same scene is below. 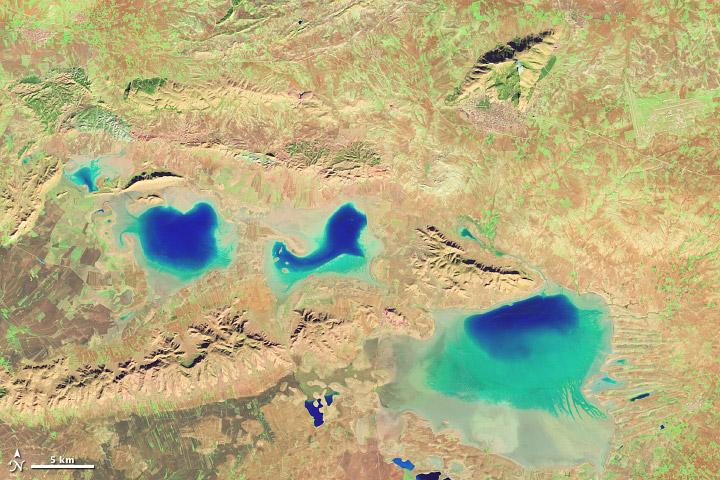 Infrared is a color.

It's just a part of the spectrum that we humans cannot detect with our eyes (or at least not very well).

So how infrared does something red or green look? Well, however infrared they look. There is no general connection between the different colors.

Say for example you have a black smartphone. If you turn it on, it still looks black. But it also emits a lot of radio frequencies, which can be considered to be even more colors.

What parts of the electromagnetic spectrum an object emits/absorbs/reflects does not necessarily have a say on other parts of the spectrum.

There is no categorical rule on how things will look in infrared. You can produce two materials, having the same color and make them look different in infrared.

However, near infrared is the neighbor of red. For many substances the wavelength absorption profile in the infrared range can extend beyond red. So, the rule of thumb: look through a red glass. Things appearing bright, might be also bright in near infrared.

3
Restore colors from an infrared frame in Gimp
4
How does the sensitivity of camera sensor behaves with the infrared filters?
8
Infrared Photography - How to set White Balance?
21
Do the infrared photographs really contain infrared colors?
0
How to take a picture of a point light source?
2
Are these images from infrared film?
0
How does the infrared beam look like on a 600EX RT?
3
Is there any way to remove visible light but only see infrared light source from IR camera?
0
Can I use my Samsung A51 smartphone camera to look at the red/near-infrared region?