What could cause this strange purple stain in the image? Sensor damage?

Initial disclaimer, my hardware in question is a PTZ video surveillance camera (Hikvision DS-2DE5425IW-AE) which would make it off topic for Photography StackExchange.

However the issue I'm having is a general one, that is related to any image sensor. So my desire to post here was because I thought there might be a chance there is someone who encountered a similar issue in some other digital camera (still or video). If however the veterans here consider this off topic regardless, I do apologize deeply and kindly ask for a suggestion of another StackExchange site where it might be appropriate to ask this.

My situation: I just got a new (claimed as unused/unopened) camera and during night time when the camera automatic exposure settings uses high gain (iso) values there is a big ghost-like purple stain/figure visible over half of the image...

That same stain however is totally not visible during day time (image looks clear and normal) or even during night time when zoomed in at some bright, well lit area... Also manually reducing the gain value (to about half) hides it, but is beside the point since it reduces night visibility (which I need) significantly.

The shape of the figure stays the same even when zooming in, so to me that would seem to confirm the stain is not on the lens elements (and upon inspection, visually they seem fine and clear). It seems the "stain" or whatever it is, is on the image sensor itself...

What I'm wondering is what is it and what could have caused this. I've searched the internet for water damaged sensors or laser damaged sensors.. and nothing looks like this... So I'm really interested in a theory what is causing(or has caused) this specific type of defect, and if it is potentially fixable.

Here is a snapshot demonstrating the issue: 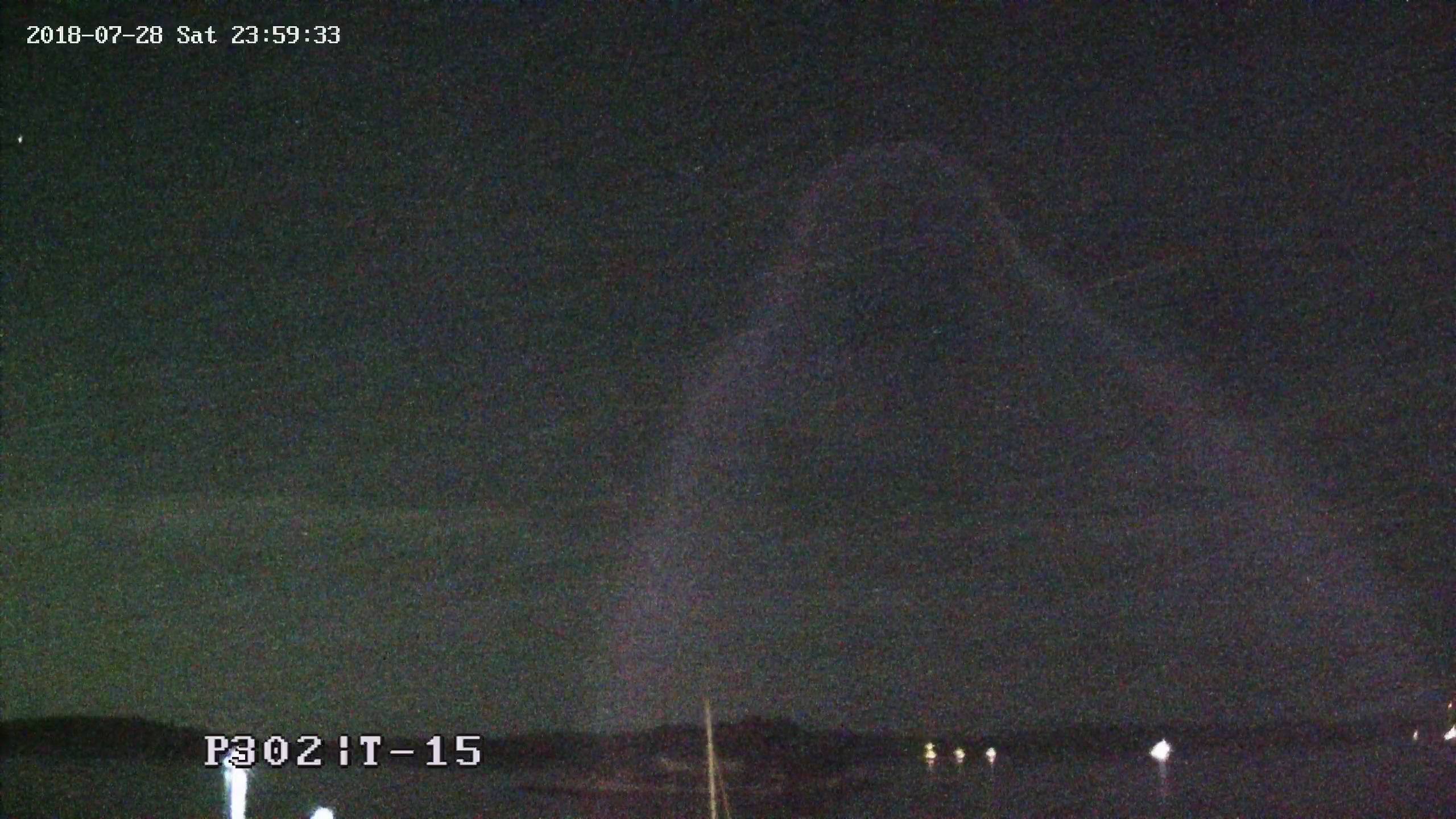 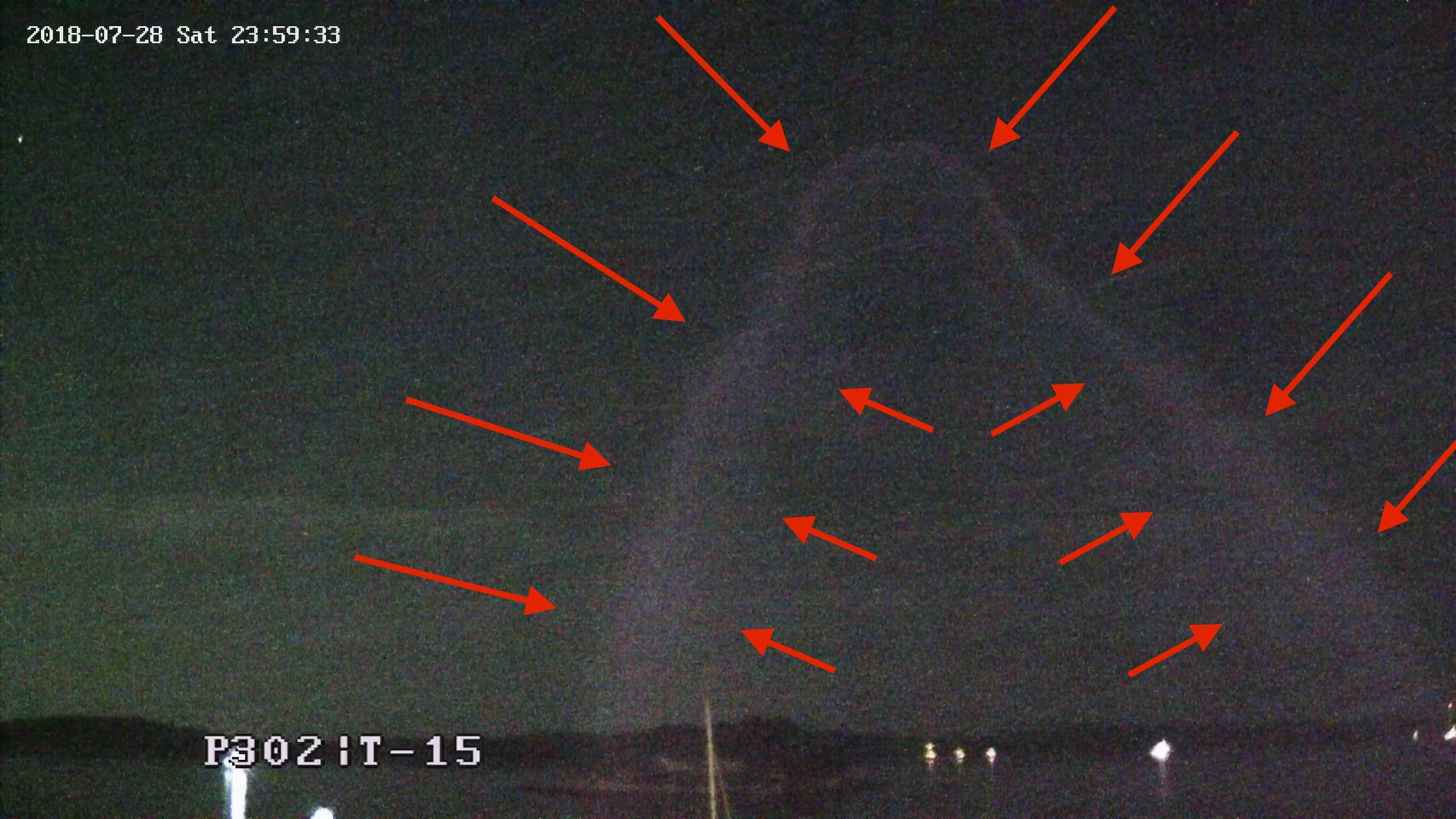 The defect may be an example of Fixed-Pattern Noise, which worsen with high ISO, prolonged use, and increased temperatures. FPN is usually associated with long exposures, although there are different types that may occur in different situations.

You may be able to avoid the problem by using lower ISO settings or noise reduction techniques that specifically target FPN.

Not the answer you're looking for? Browse other questions tagged sensor equipment-damage or ask your own question.

20
Can a laser pointer damage the sensor in a digital camera?
98
Can the sun damage the camera sensor? Under what conditions?
4
Can lens stacking cause sensor damage?
2
Does security scanning a camera with battery inside cause damage to the sensor?
3
Could a damaged sensor cause stripes on the image?
2
CCD sensors use a digital shutter. Why don't the more expensive CMOS sensors?
5
Are there industry standards or specs for image sensor resistance to damage from intense light?
3
Could holding my camera lenses backwards ("free-lensing") for macro photography cause damage?
2
What is this fine grid on an image made using pinhole and Nikon D200?
6
LIDAR burnout; ways to check for damaging infrared lasers before shooting besides looking for posted warnings?