I am considering buying a "dome" type of case for my Gopro camera, in order to shoot while diving.

In order to see any colors underwater, except for green, I understand that I need a filter.

How is the filter going to work, when I do split photography, half under water and half above?

Will the above-the-surface part look terrible or vice versa depending on the filter?

My personal experience with underwater photography show me how hard is to make such split photo. You can deal with green by shooting RAW (if your GoPro permit it). Later in PS or LR you can adjust white balance and get rid (almost) of it. But its not only about green tint. Also when you shoot underwater you loose a lot of light. For me in Black sea, 1-1.5 meters deep was about between 2 and 3 stops. Which can be huge challenge especially when make split photo.

Quoting the website, mentioned by OP you should use Graduated ND filters, split filters and strobes:

"The brightness in the top half of the photo will be greater than the underwater portion. Because of this, strobes are usually used underwater to brighten up that area. Graduated density filter and split filters are also used to help reduce the difference in contrast between the sky and the underwater scene."

The link you gave in a comment to another answer, which shows the types of images you're interested in making, supplies a wealth of information that answers most of the issues you raise in the question.

Each photo is accompanied by a more than cursory description of what types of weather they were shot in, what type of lights (if any) were used underwater, and even what aperture settings were selected and why.

When doing split shot underwater photography, the filters are mostly split or graduated to match the scene:

"The brightness in the top half of the photo will be greater than the underwater portion. Because of this, strobes are usually used underwater to brighten up that area. Graduated density filter and split filters are also used to help reduce the difference in contrast between the sky and the underwater scene. Because underwater the virtual dome image is close to the dome, but above water the focus point is very far away, you must either use a small aperture, or use a split diopter."

A graduated filter is one that has the filtering effect on one side but not the other. The transition from the clear to the filtered part can be a "hard" line or a "softer" zone. They can be colored that reduce some colors more than others or they can be "neutral" that reduces all colors by the same amount. 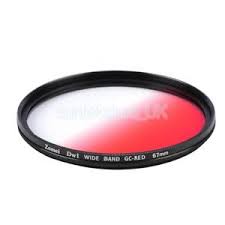 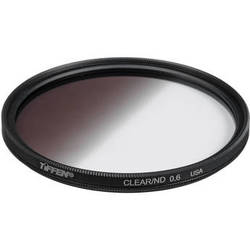 For split shot underwater photos you could use a graduated red filter and place the filter so the red part is only affecting the underwater part of your scene. The disadvantage with using a red filter is that you're reducing the amount of light coming from the dimmer half of your scene, so you might need to offset that by using a graduated neutral density filter with the grey part affecting the part of your scene above the surface. Most of the talk about red "magic" filters at the site you linked is in reference to shots that are taken several feet underneath the surface, rather than for split shot type images.

On the other hand, if your camera's white balance can be adjusted enough to neutralize the green cast below the surface, you could conceivably use a graduated green filter on the parts of the scene above water and then set the white balance of the entire photo to compensate for the filter. This would have the effect of emphasizing the reds and yellows and reducing the greens below the surface because you're shifting the white balance of the camera towards red/yellow. 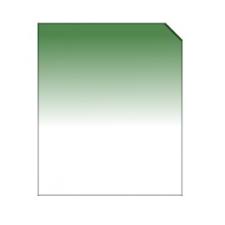 The square type filters attach to a holder on the front of the lens, and would be more applicable to SLR sized cameras used on dry land or in very large diving enclosures. It may be difficult to find such filters for a GoPro type of camera.

The color shift is there just below the surface, but it becomes more pronounced the deeper one dives. For split shot images you'll always be at the surface, so the light loss and color shift will not be nearly as pronounced as it would be if you were diving deeper. As the article points out repeatedly and more extensively than an answer here should probably go into, graduated/split filters are the easiest way to control the two different color balances between the world above and the world below the water line.

Having said that, most of the split shot example images don't appear to have used any color filtering at all. The ones that use strobes underwater add much of the 'missing' colors back to things below the surface due to the light coming from the strobes. The other examples tend to allow the underwater areas to remain a cooler blue-green than the parts above the surface.

Not the answer you're looking for? Browse other questions tagged filters color-filters underwater or ask your own question.