I recently sold a Yashica T4 and purchased a Contax T2. I just finished a roll of Portra 400 and the results weren't what I had expected. Something about the photos (especially the colors) seem really off compared to the photos I took in the past with the Yashica T4. I was wondering if this is something wrong with the Contax T2 or a developing problem or what the results should look like with the Portra 400 because it is my first time trying this film. 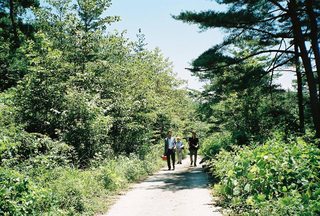 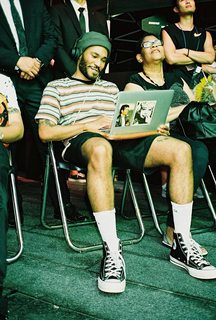 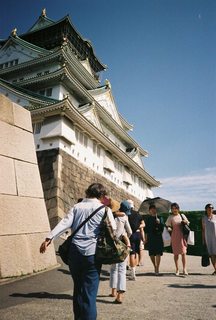 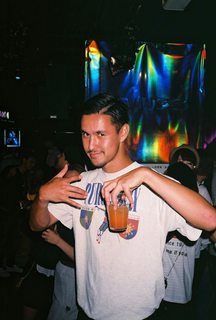 All four of the sample images were shot under four different lighting scenarios. Even the two shot under daylight will be different due to the influence of all of the green vegetation in the first shot.

The fact that you used a very different film for the first two shot with the Contax than you used to shoot the second two with your Yashica makes it even harder to compare the two results. If you, presumably, used two different lenses that could also affect the color and contrast of the images.

To really compare two different films you need to shoot the same scene under the same lighting conditions using the same lens and have them processed and scanned/printed at the same time by the exact same processing.

In general, it appears the first two images shot with the Contex are a bit brighter than the other two shot with the Yashica, so the meter of the Contax might not be as sensitive as the meter in the Yashica. Or it might be that the roll from the Contax was developed brighter. Whatever the reason, brightening the image also tends to reduce contrast which compounds the fact that Superia is more contrasty than Portra to begin with.

The second image appears to have been shot under some fairly limited spectrum fluorescent lighting, which tends to look green when used with daylight balanced film if not corrected with a proper filter when shooting.

Portra 400 is a portrait film and being so it's contrast is not as high as a typical general purpose film. The skin tones will also be more natural, too.

Based on the image, especially the one with man sitting, I would argue that the problem is not with the film but with the way the image was scanned or printed. Specifically the contrast is way too high and there is a terrible green/yellow color cast to the entire image.

The skin tones in the shot taken with the Yashica are not accurate at all. In the last shot of the guy with the cup in his hand, for example, you will notice that his skin tones are way too red.

Remember, any image can be made to look bad if it was not printed or scanned properly. To prove this, I am including a link to 500px.com where I did a keyword search for "portra 400." Notice that none of the photos look anything like the two images you posted.

Not the answer you're looking for? Browse other questions tagged film point-and-shoot fujifilm kodak or ask your own question.

9
Color film comparison: How does Fujifilm Superia compare to Kodak Portra?
5
Missing photos on a roll of film?
6
Olympus OM-10 35mm - Film not gone all the way back into the cartridge
9
What are these circular splotches on my negatives?
2
needle cord type texture over the whole film after development. FP4.
2
How long can a 35mm film be used/stored before it starts to lose its quality after expiry?
4
Developing Problems, maybe with JOBO developing tank?
5
My negative is completely black and opaque — is this a camera problem, my mistake, or the lab's?
1
Film scans came back very blue
2
Why did my 35mm scans come out with this white grain?