Why are flash pulses so short?

I was surprised to learn that most flashes last only 1/1000s instead of lighting up for the entire exposure time. Why? If the flash were to light up before the shutter opens and turn off after the shutter closes, there would never be flash sync problems.

Fundamentally, it's because of the way flashes work. Flashtubes generate light by discharging a capacitor through a xenon-filled tube. The resulting electric arc produces bright white light. But a continuous electric arc would produce a lot of heat, which would weaken the tube, and it would consume a lot of power, which batteries cannot supply for long.

And even a 500 watt light bulb at 1/200 second shutter is 500 x 1/200 = 2.5 watt seconds of power input, also with very low output efficiency. The regular camera speedlight might be 75 watt seconds, with several times higher output efficiency, and vastly greater light ouput. And is fast, and is vastly more convenient to use than the 500 watt light bulb. Hollywood movies must use continuous lights, but they also have large trucks carrying huge power generators.

But your description is exactly what High-Speed Sync is (HSS), a "flash mode" optionally offered by some cameras and some camera flashes to mimic continuous light (to avoid sync issues). So HSS is a choice if you want to buy it, and want to suffer with its large limitations (of speed and power). But it is merely high speed sync (meaning a fast shutter speed can be used since there is no sync issue), but HSS is the full opposite of high speed flash. No shutter speed can be as fast as a speedlight can be. And continuous light lasting for that longer shutter speed duration would require excessive power (so HSS Mode typically must run at no more than around 20% power level of speedlight mode). Conversely, speedlights simply discharge a large capacitor as a very fast pulse. Which is typically relatively slow at Full power level, but speedlights are called speedlights because they are greatly faster at lower power levels.

The regular normal camera flash mode is called a speedlight (all camera flashes are speedlight type, but only a few studio flashes are) become even much faster at lower power level settings, perhaps 1/30,000 second at maybe 1/64 power. Which is ideal to stop motion like milk drop splashes or hummingbird wings, where the flash can be close to the action. See my site at https://www.scantips.com/speed.html

Flash is often somewhat faster than 1/1000 second, which has great advantage to stop motion, and to offer high peak power for an instant. Photographing the running playing kids when using a speedlight as bounce flash at say 1/2 power will be 1/1000 second duration, and will stop action quite well (even if the default shutter speed is 1/60 second). That assumes indoors, where the ambient continuous light is too weak to show any motion blur.

Others have addressed the technical side of why strobe flashes are extremely fast.

There are alternative photo lighting technologies which do exactly what you say. This answer addresses the pros and cons of them:

LED-based 'flashes' as seen in phones etc. – these turn on a bright LED for the time it takes to take a photo, then turn it off. They're commonly used in phones because they offer some benefits in phones:

You'll notice these don't freeze motion, and they aren't as bright as a 'real' flash, despite being illuminated for say 1/50th a second instead of 1/1000th. However, you should consider that they are also massively smaller than a typical flashgun, so the comparison is unfair.

These are usually LED-based these days, but traditionally would be other (hotter) technologies.

These have pros and cons:

If the flash were to light up before the shutter opens and turn off after the shutter closes, there would never be flash sync problems.

There would also be lower efficiency as some of the light output by the flash that is captured by the lens would not be captured by the camera. It takes about 2-4 milliseconds for a mechanical shutter curtain to transit the sensor of a modern digital camera. So even if the light came on just as the first curtain began to open and went out exactly as the second curtain finished closing, for any shutter time longer than sync speed that's 4-8 milliseconds when some of the light from the flash is hitting part of the front of one of the shutter curtains, rather than the sensor. 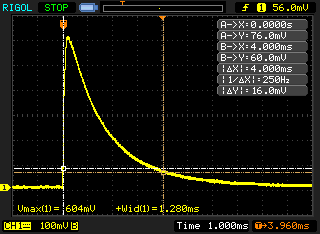 Started out as a comment to Caleb's nice answer and accidentally turned into answer...

To start a (glowing) discharge high voltage is needed (called breakdown voltage). When the vacuum is broken down the resistance drops almost instantly from near infinity to near zero resulting in insanely high current and low voltage.

Another problem would be overexposed scene. Same principle is behind so-called Xenon headlights in cars - their actual name is HID, High Intensity Discharge. The discharge is too bright to be useful for long-lasting illumination.

There is a semi-historical reason.

Both pyrotechnical flashbulb and electronic flashes are, by their nature, devices that work on positive-feedback, "escalating" chemical/physical effects (not quite unlike explosions) - the more heat there is, the faster the reaction/discharge - which produces more heat in turn - goes.

Such effects are far harder to control compared to almost literally lighting fuse and getting away (which was what you did with open powder flashes that predated pyrotechnical flashbulbs).

Of course, it is technically possible - both FP flash bulbs and slow-sync electronic flashes exist after all - but it is never the cheapest, easiest version.

Not the answer you're looking for? Browse other questions tagged flash exposure digital high-speed-sync sync-speed or ask your own question.

4
Nikon D40 and yongnuo yn-560 ii external flash. Slow shutter speed issues
9
Why is there still a flash before my exposure when using second curtain sync?
11
What factors prevent camera sync speeds from being faster?
3
Disadvantages of always setting flash sync to 1/320s (Auto FP)?
11
Is there no crossover point where shutter speed overtakes flash duration?
3
Why aren't my strobes and speedlight in sync, and how can I fix this?
2
Why is flash sync speed much slower than flash duration?
3
Is HSS open or closed loop? Does it work in complete darkness?
4
Is there a technical reason for modern on-camera flashes' flash duration?
2
Why can't HSS mode be automatically turned on for shutter speeds faster than the max speed sync?